Is Africa The Next European Union? – ValueWalk Premium

A united African continent working towards common goals would be a major force on the global economic stage.

To this end, nations in the region have been working towards an ambitious plan to create the world’s largest world’s largest trade area. The Gambia recently became the latest country to ratify the African Continental Free Trade Area (AfCFTA), helping the agreement reach critical mass to move forward.

Today’s graphic helps put the region – and the status of AfCFTA – into perspective. 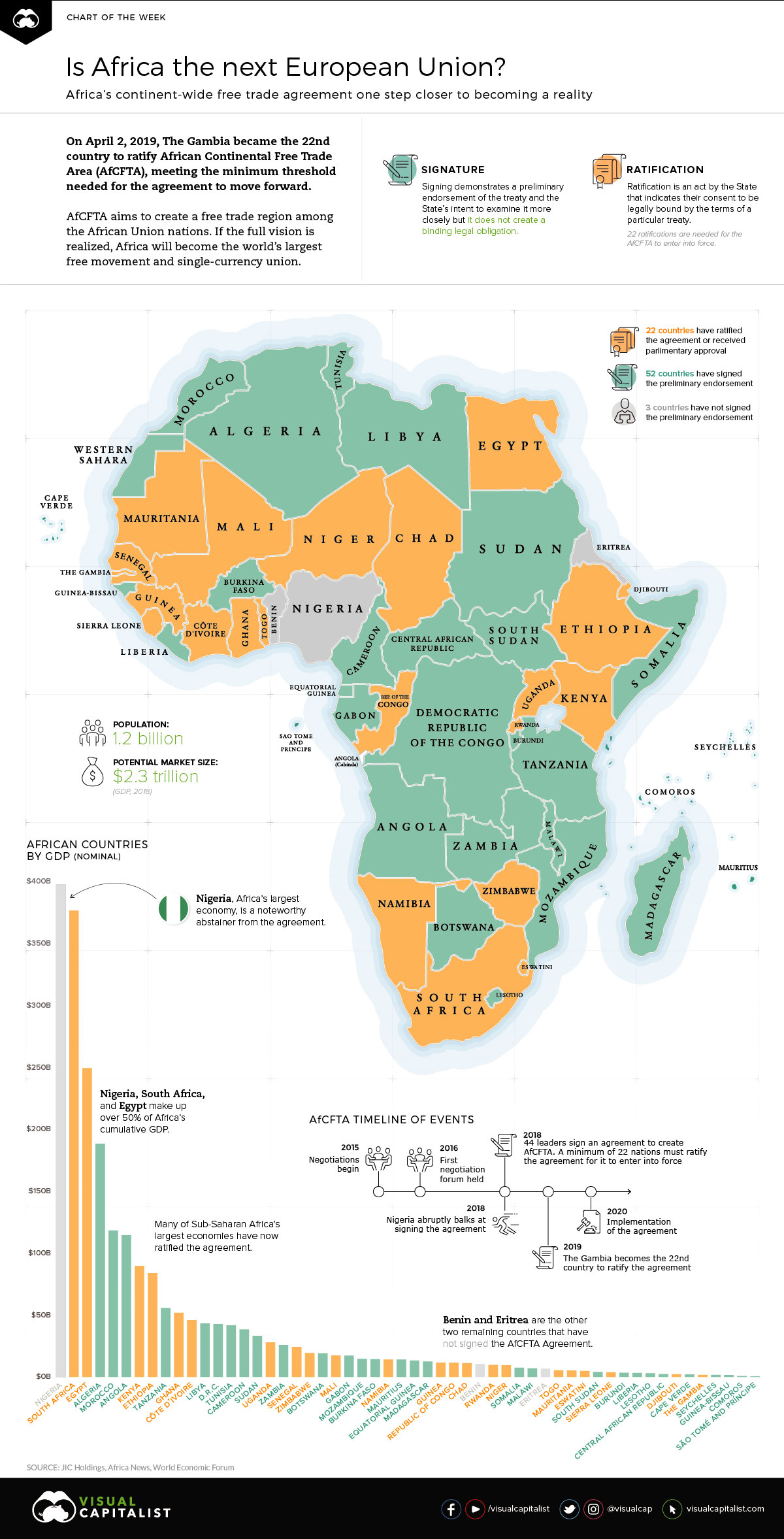 One key to unlocking the region’s economic potential is making it easier for Africa’s 55 countries to trade with one another.

Currently, Africa is a patchwork of regulations and tariffs, and trade between countries has suffered as a result. For example, only 10% of Nigeria’s annual trade activity is with other African countries. This is a surprising given the country’s dominant economic standing and location firmly in the center of the continent.

As a whole, Africa’s intra-continental trade level hovers at just around 20%, while nations in Europe and Asia are at 69% and 59%, respectively. Clearly, there is a lot of room for growth.

AfCFTA is the biggest free trade agreement since the establishment of the World Trade Organization.

The objective of the agreement is to create a single continental market for goods and services, with free movement of business people and investments.

Last year, 44 African leaders signed an agreement to ratify AfCFTA, with half that number needed to move the agreement forward. Earlier this week, The Gambia was the 22nd country to announce that its government has ratified the agreement, meeting the threshold to officially put the wheels in motion.

We have witnessed a historic moment for the African Continent. AfCFTA is now set to become operational within the month, creating a single continental market for goods and services. – Mark-Anthony Johnson, CEO, JIC Holdings

The good news for the agreement is that many of Africa’s largest economies – including Egypt and South Africa – are already on board. There is, however, one significant holdout.

The Elephant in the Room

Even though the threshold for pushing AfCFTA forward has been reached, Nigeria’s lack of commitment is still a major blow to the strength and credibility of the agreement.

Nigeria’s situation is complicated. The country’s economic prospects are bright, and Lagos is on a trajectory to become the world’s largest city over the next few decades. On the other hand, there is fierce opposition from labor unions, and the country is home to largest concentration of people living in extreme poverty in the world.

While the majority of African nations appear to be on board with the plan to enact AfCFTA, it remains to be seen whether Nigeria comes along for the ride or decides to go it alone. 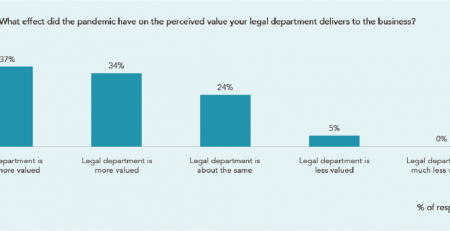 On Wednesday, Goldman Sachs Group, Inc. (NYSE:GS) reiterated its call for investors to buy gold (NYSE:GLD). Their reasoning behind the call to buy gold is low interest rates and... Read More