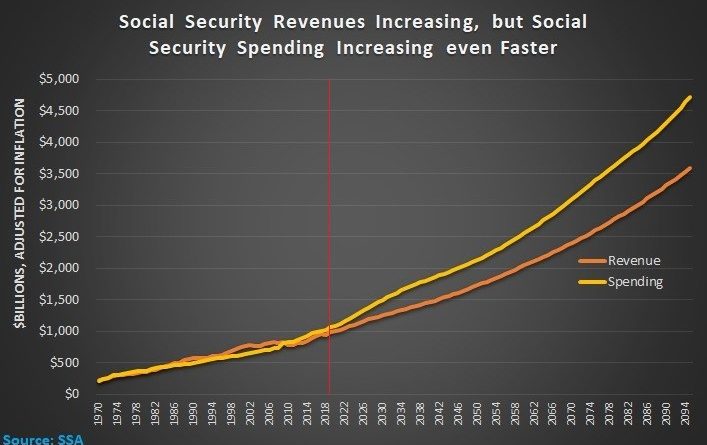 Every year, the Social Security Administration issues a “Trustees Report” that summarizes the program’s financing. So every year (see 2018, 2017, 2016, 2015, etc.) I cut through all the verbiage and focus the numbers that really matter.

First, here’s the data from Table VI.G9 showing annual spending and annual revenue, and the numbers are adjusted for inflation. Everything to the left of the vertical red line is historical data. Everything to the right is an estimate based on “intermediate” economic and demographic projections. 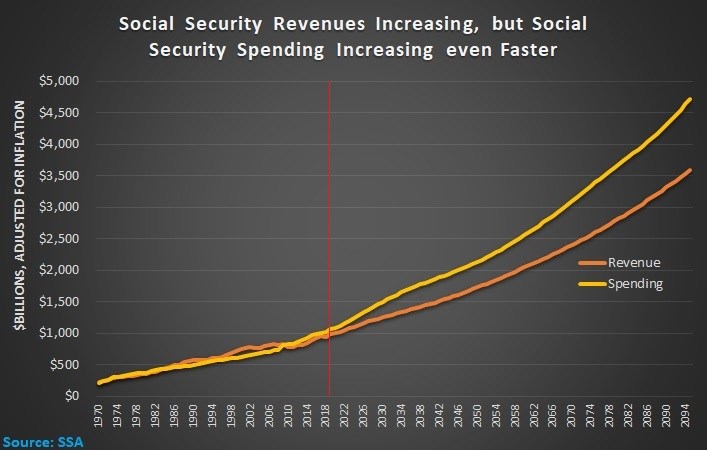 The bad news is that there’s a never-ending increase in the program’s fiscal burden.

The only good news is that the country presumably will be much richer in the future, so we’ll have more income to pay all those taxes and finance all that spending.

That being said, the fiscal burden is projected to increase faster than our income, so the economic burden of Social Security will increase over time.

But there’s also a wild card to consider. Simply stated, we have more data from Table VI.G9 that shows the program has a giant, ever-expanding deficit.

Here are the grim numbers (though not quite as grim as last year when the cumulative shortfall was $43.7 trillion). Once again, everything to the left of the line is historical data and everything to the right is a projection. 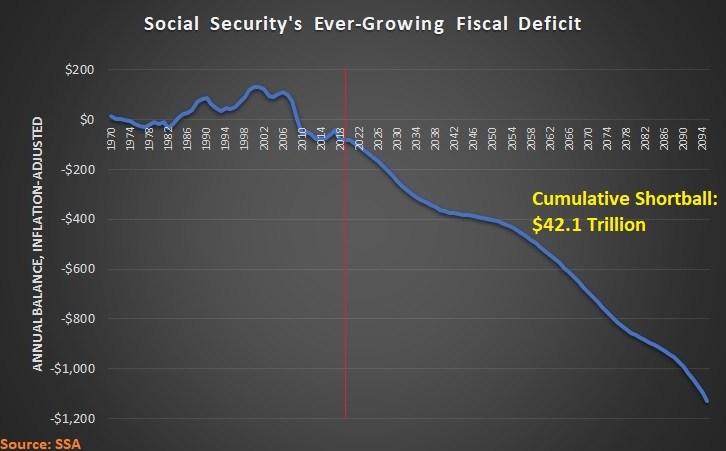 The obvious takeaway is that the program is bankrupt.

Indeed, a private pension fund with these numbers would have been shut down a long time ago. And its executives would be in prison for running a Ponzi Scheme.

Politicians won’t put themselves in prison, of course, but they eventually will be forced to address Social Security’s huge shortfall. If nothing else, the so-called Trust Fund (which isn’t a real Trust Fund since it is filled with IOUs) runs out of money in 2035.

The interesting question is what sort of “solution” they choose when the crisis occurs.

Sadly, many politicians are gravitating to a plan to impose ever-higher taxes to prop up the system.

The bottom line is that there’s been a worldwide revolution in favor of private savings and the United States is falling behind.

P.S. If you have some statist friends and family who get confused by numbers, here’s a set of cartoons that shows the need for Social Security reform.

P.P.S. As I explain in this video, reform does not mean reducing benefits for current retirees, or even older workers.

This article is republished with permission from International Liberty. 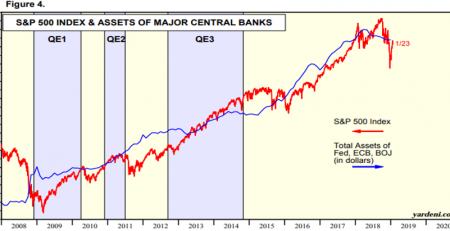 The beginning of 2019 supposed to be a period of "normalization" in terms of the central banks activities. However, nothing has changed and in reality we are still dealing... read more

Vienna-based smn Investment Services was founded in 1996 and is a pioneer in the field of systematic trend following. Its CTA program “smn Diversified Futures Fund” has over 18... read more

The fee-based asset management industry has a total of $74 trillion of assets under management, which yields a total revenue pool of $210 billion for asset managers, that's according to... read more

The Chinese government said Friday that it doesn't know how much debt local governments are sitting on but warned the total is likely to be greater than the amount... read more

Apartment Construction At A 10-Year High - Over 320K Units Projected To Hit The Market by RENTCafé  The U.S. apartment market is booming, and we’re not only talking about rental... read more