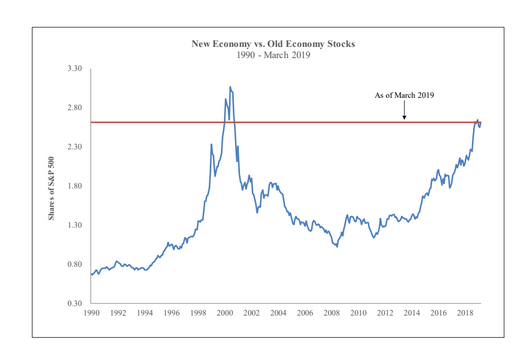 Lee Ainslie Warns: We Are Experiencing Euphoria Levels Not Seen Since Dot-Com Bubble

Concerns about a bear market have begun to grow again after three more months of impressive stock market gains. One hedge fund manager said in his recent Q1 letter that he believes the bear market has already begun, while another highlighted signs of "excessive speculation" and warned again about the extreme length of the current economic cycle.

2016 Letter: Seth Klarman Is Not Only A Value Investor, He Is NonCorrelated At Heart

After delivering investors “high single-digit gains for investors across all partnerships” in 2016, Seth Klarman and the employees at The Baupost Group, all devotees of a particular investment philosophy,... Read More

Dealing with a set of complex, dynamic, holistic, ambiguous problems seems like a daunting task. Many frame those as intellectually challenging puzzles, but many times they are simply unsolvable... Read More

In a recent opinion piece published in Wired Magazine, Reed Hastings, Netflix chief executive officer and one of the largest users of internet broadband capacity in the world, argued... Read More

Gold prices have been under pressure lately but still showing signs of life as they brush off the latest economic data. Investors are betting against the yellow metal in... Read More

Unlike most other small value hedge funds, Aquitania Capital Management struggled to outperform the market during 2016. According to the firm’s fourth-quarter and full-year letter to investors, the Aquitania... Read More

Headline: Throw A Dart Asset Management Fees Are Showing Signs Of Strain And Could Fall 30% Amid Predictions Revenue Could Tank 50%, Asset Managers Still Unprepared For Mifid II Get The Full Ray... Read More

Goldman Sachs Group, Inc. (NYSE:GS) is w0rking on a way to get around some of the provisions of the Volcker Rule, according to an article by Reuters journalists Jessica Toonkel... Read More