In 2010, the world’s central banks stopped selling gold and started accumulating it. As gold provides a hedge against economic uncertainty and currency manipulation, the action of these central banks gives us insight as to which countries are most capable of handling an economic storm. 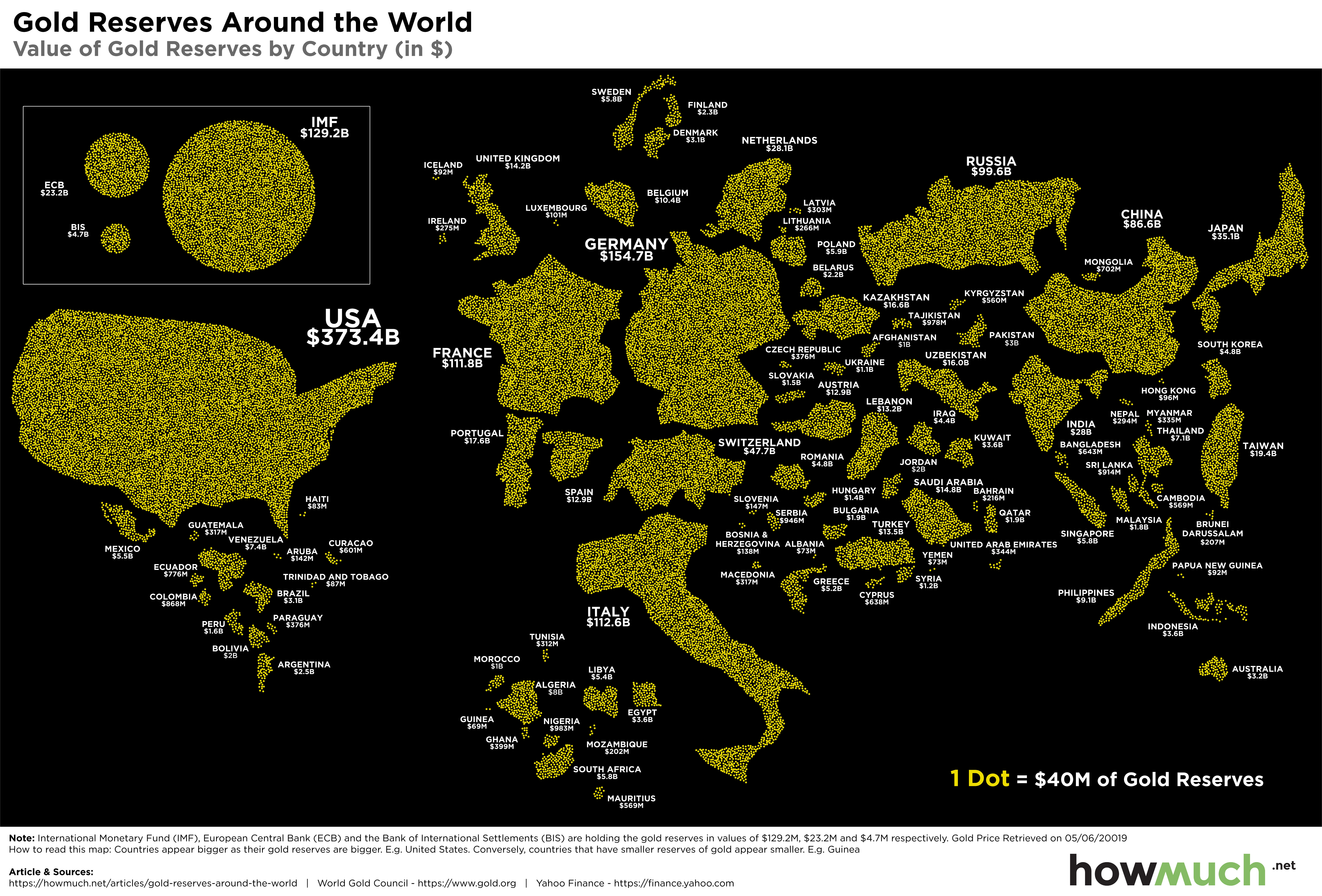 Here’s what you’ll learn in this article:

A common theme in economics is “those who own the gold make the rules.” Recent statistics suggest a large disparity between the top gold holders in the world and those governments holding less of the yellow metal.

The Ranking of the World’s Top Gold Owners

Understanding the Power of Gold Across the World

According to the latest IMF statistics, the United States remains the largest holder of gold, holding some 8,133 tonnes of it in its stores. Most other countries fall below the 3,000 tonne mark, with the IMF taking third place on the list.

Gold is famous amongst investors for being a safe haven asset–a place to which money can flow when there’s uncertainty in the stock market or in currencies. Those countries with large storehouses of gold have access to a stable asset that tends to weather financial storms.

In recent years, there’s been a shift. Russia and China are fast becoming the world’s top buyers of gold, with their central banks rapidly turning to the yellow metal since 2014. We see that reflected in the rankings, where both countries rank among the top 7 holders of gold.

According to Investing.com, the price of gold has increased recently, especially with the trade wars between the U.S. and China. As investors grow increasingly uncertain about the economic future of each country’s economies, a flight to gold tends to drive up demand and, with it, prices. This increases the value of each country’s gold stores, as well.

With gold where it is, those countries with large gold reserves are in good shape. But you can watch how each country looks for more independence from global currencies (as China moves away from the dollar by buying gold) based on the movement of these numbers.

Has anything on this list surprised you? Share this infographic with your friends and browse the latest financial and economic trends here for fresh insights into the unfolding economic world.

JAKKS Pacific, Inc. (NASDAQ:JAKK) recently announced that it has commenced an offer to its shareholders to purchase up to 4,000,000 shares of its common stock at a price of $20... Read More

Preqin Research highlights the 505 hedge fund managers with more than $1bn in AUM currently manage $2.39tn of the industry’s $2.66tn total assets, but account for just 11% of... Read More

Warren Buffett: Notes From The Q&A Between MBA, HBA Students

Notes from the Meeting Dr. George Athanassakos and Ivey MBA and HBA students had with Mr. Warren Buffett. Q&A with Warren Buffett Question #1: How do you pick winners (the right... Read More