The Single Most Powerful Insight That Will Help You Find The Next Amazon, Google, Or Netflix – ValueWalk Premium 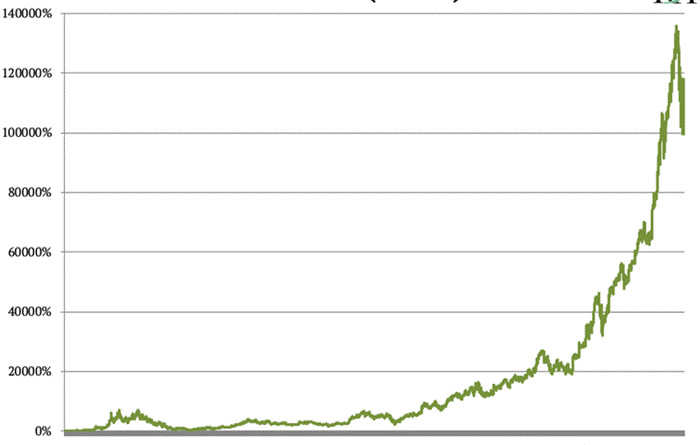 If you haven’t read me before, let me briefly introduce myself to give you a little context.

I’m Stephen McBride, Chief Analyst at RiskHedge. My job is to find under-the-radar disruptor stocks that are set to dominate the world in the next 10 years… and make investors rich in the process.

Think of buying Amazon a decade ago… 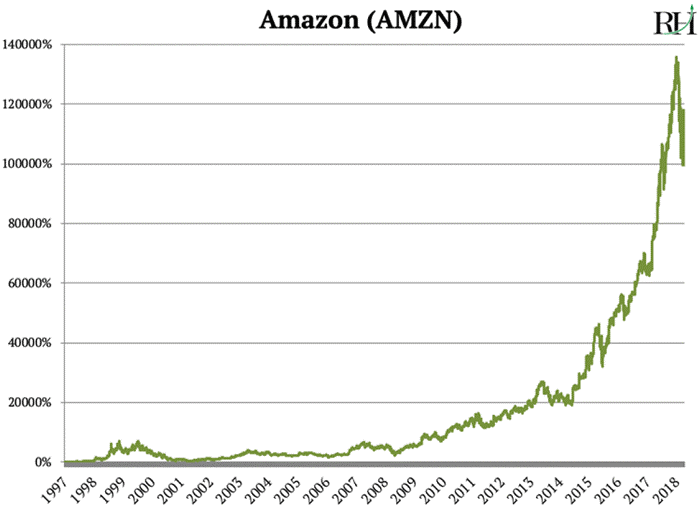 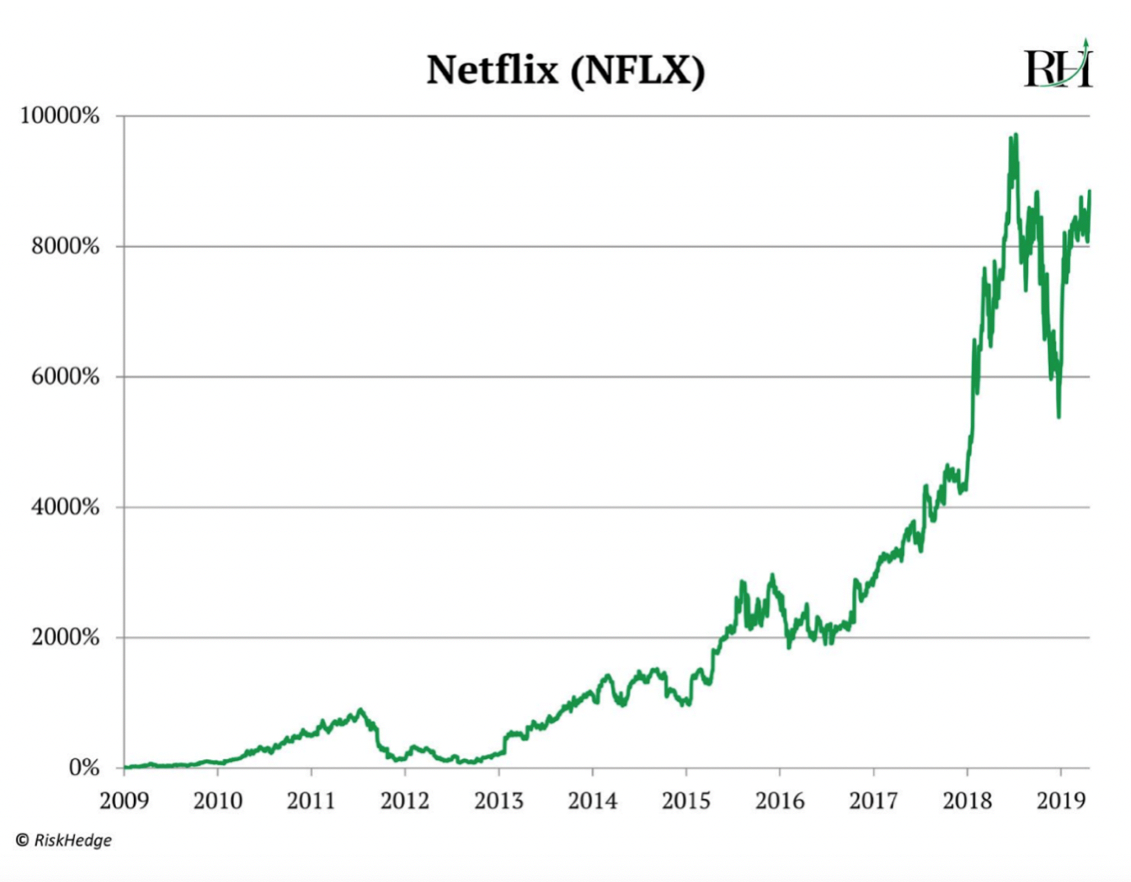 But as I said last week in my essay that got over 3.5 million views, the days of companies like Netflix are numbered.

In this article, I’ll explain why you have to dump these big darling companies… and how to spot stocks that are likely to become the next Amazon.

It All Comes Down to Three Little Lists

Please look the following three lists over carefully. Heck, print them out and keep them at your desk. They’re that important.

Together they hold the key to getting rich through investing in disruption. 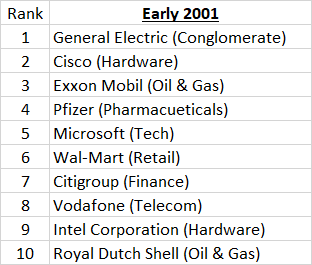 You probably recognize most of these stocks.

In 2001, they were the best of the best. The biggest of the big. They were household names that had reigned over their industries and handed investors big profits.

It will show the same rankings a decade later—in early 2011.

You see what happened?

Seven of the top 10 stocks were displaced, inflicting big losses on many investors who were unfortunate enough to own them.

Microsoft fell 15% between 2001 and 2011. Exxon and Shell underperformed the broad market.

Losing 11% of your money over 17 years when the market doubles is a financial disaster.

As you can see, this time only 2 of the 10 survived. And once again… the stocks of many of the losers tanked.

Now, if you were investing back in 2011, chances are you owned some of the money losers on this list.

Remember, they weren’t obscure penny stocks. They were 8 of the 10 largest stocks on earth!

Even if you didn’t buy them intentionally, you probably owned them. After all, these were the biggest, most popular, most written-about stocks.

Unfortunately, many mutual funds, index funds, ETFs, and retirement plans were stuffed with these losers.

Wouldn’t you agree that at least seven or eight of those stocks will perform poorly going forward?

That is a powerful piece of information. It means most of the biggest and richest companies on earth are typically bad investments.

Glance up at the 2018 list once more. You’ll find it reads like a “Who’s Who” of the most popular US stocks today.

These are the stocks everyone pays attention to. They’re the stocks your barber or taxi driver brag about owning. CNBC anchors go on and on about these stocks seven days a week.

Yet, as you now know, the evidence is clear: You’re best off avoiding most of today’s most popular stocks.

Seven or eight of the 10 are likely to tread water, at best, over the next couple of years.

I’ll repeat: Owning the most popular, most talked about, and largest companies in the world is a money-losing strategy.

How You Can Flip This Great Danger into Your Great Edge

It comes down to the life cycle of disruptive businesses.

You want to sell the tired old giant companies that have already peaked and are sure to fall.

And you want to buy the “rising stars.”

In other words, you want to own the stocks that will make the list in 2024.

But they are not the stocks you want to buy today.

Now you may ask, “OK, Stephen, so how do I find the next Amazon, Google, or Microsoft?”

Three Questions You Should Ask Before Buying Disruptor Stocks

Before I dig into cash flows, valuation, or financial statements, I ask three simple questions:

Believe it or not, many CEOs are happy with the status quo. They don’t push hard for their companies to innovate. They’re satisfied to sell the same old stuff in the same old ways, collect a paycheck, and go home at 5 pm.

I’m not interested in these stocks. It’s only a matter of time until they’re disrupted.

I know, this concept may be counterintuitive and still confusing to some of you. So let me give you a couple of examples of disruptor stocks that I recently recommended to my readers.

The first is Alteryx (AYX). It’s a disruptor that’s changing the way companies use data. In short, it’s helping America’s largest companies leverage data to make more money. Alteryx has soared 88% since I wrote about it less than five months ago. 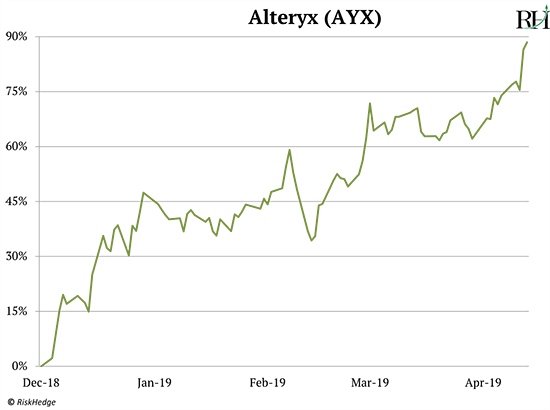 The second stock is The Trade Desk (TTD). It’s one of the first disruptor stocks I recommended publicly. The Trade Desk is changing the way companies buy online ads. Since I wrote about it, it’s soared 135%. 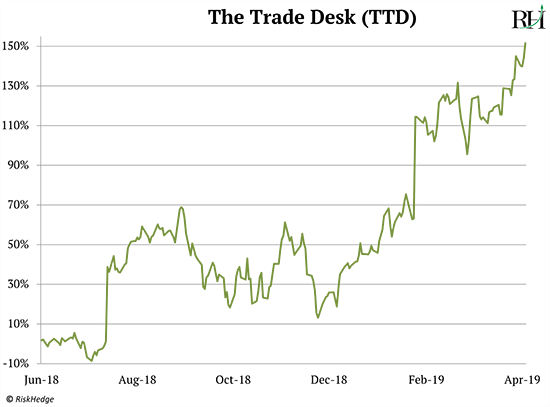 Back in December I recommended Xilinx (XLNX), a maker of 5G computer chips. Lots of companies are seizing the opportunity to make parts for 5G. But Xilinx is changing the game with special customizable chips that are ideal for the 5G buildout.

Xilinx has leapt to a 35% gain since I recommended it: 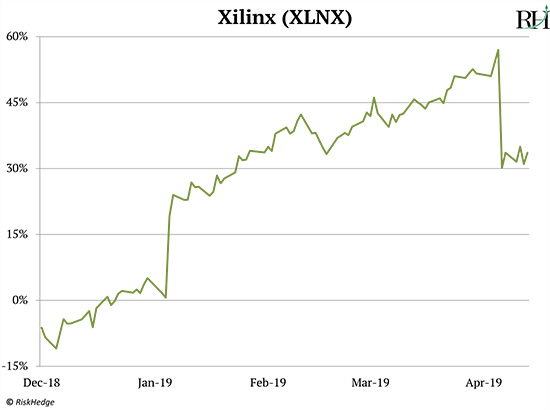 I don’t want to give you the impression these gems are easy to find. In fact, it takes a team of analysts as well as a lot of time and effort to dig them up.

But the profits are worth it.

The US economy is undergoing a gradual recovery as the housing market picks up for the first time since Lehman Brothers collapsed and offsets the negative impact of the... Read More 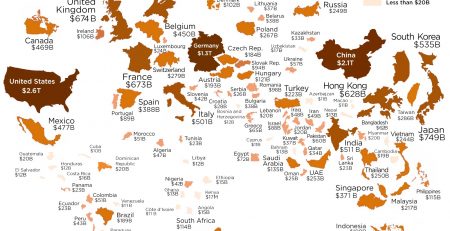 Bill Gross  INVESTMENT OUTLOOK There’s 50 ways to leave your lover and maybe more than that to lose your money or “break the buck,” as some label it in the... Read More

Legendary value investor Walter schloss spoke at the Ivey School of Business on 12th February, 2008. He discussed a variety of topics related to investing spanning his vast career... Read More