In February 2019, the national debt hit an eye-popping $22 trillion. The projected annual deficit for this year alone is almost $1.1 trillion — that’s more than the GDP of Singapore, Norway, and New Zealand combined. 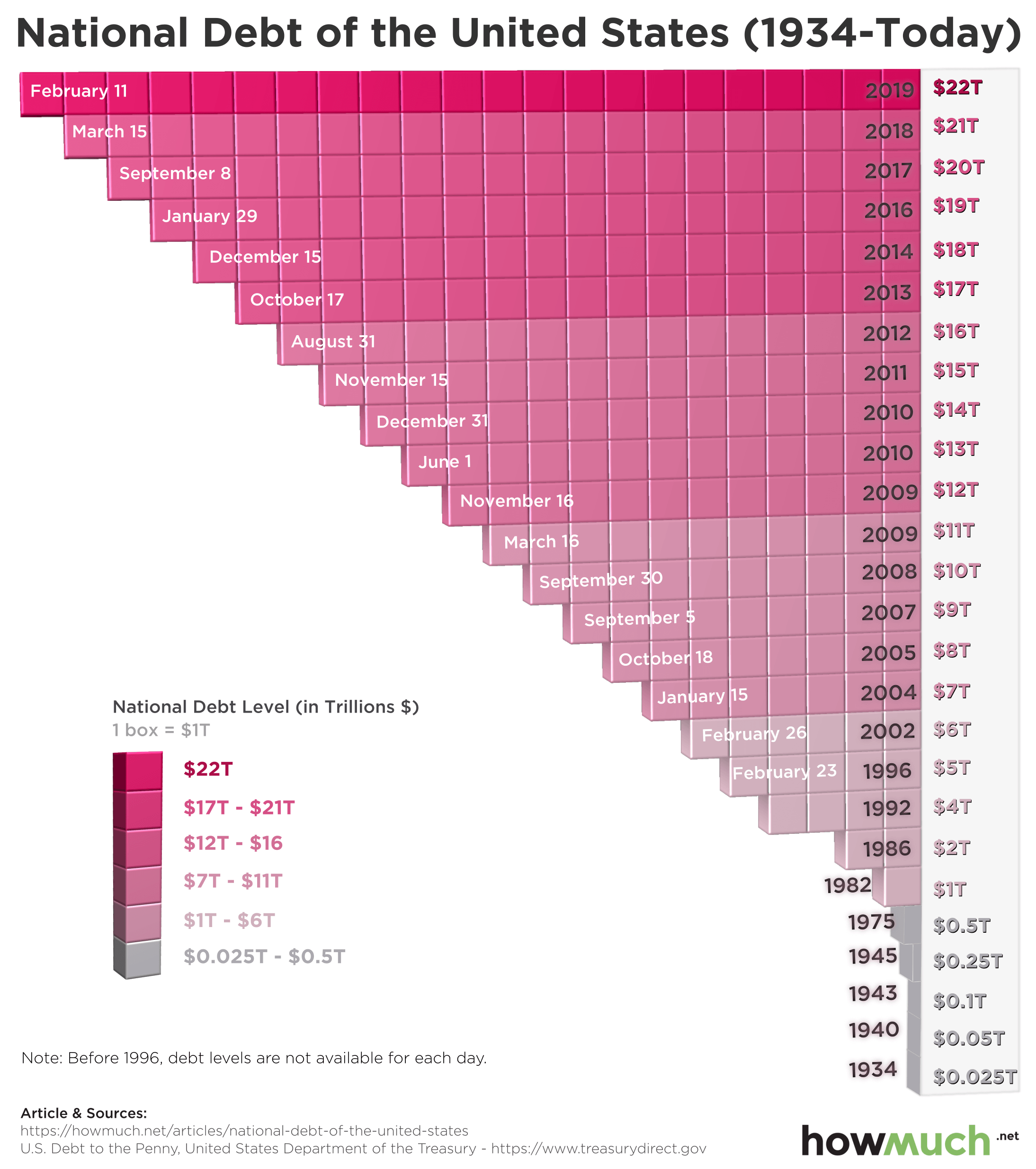 Recently, The Balance published an article noting major milestones in the accumulation of national debt, using data from the ”U.S. Debt to the Penny” report from the United States Department of the Treasury. We used the information compiled by The Balance to create our latest visualization, which shows how much the national debt has grown since 1934. Prior to 1996, the visualization only uses years but not the exact dates because debt levels are not available for each day. Each box in the visualization is equal to $1 trillion.

Just as with household debt, the national debt increases when spending outpaces revenue. In the case of the government, the majority of revenue comes from taxes levied on personal and corporate income. To amass more funds (which results in accruing debt), the federal government issues treasury bills, notes, and bonds to creditors.

Acquiring too much debt can have a negative effect on a number of economic factors, including slower economic growth, lower stock market returns, and decreased confidence in the U.S. government’s ability to repay its debt. Currently, the debt-to-GDP ratio in the U.S. is 105%, above the World Bank’s recommendation of 77%. The higher the ratio, the greater the risk of default. This makes it more imperative than ever to rein in the national debt and get the government’s “checkbook” under control.

Corrections Corporation of America: In the last few decades, the United States has witnessed an explosion in the number of people behind bars. This move towards mass incarceration is an... Read More 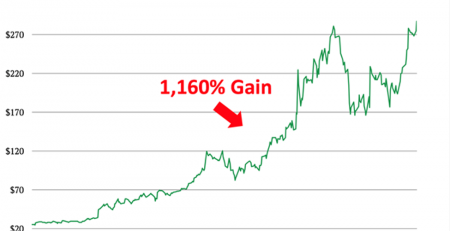 Impact Of Size And Age On Hedge Funds Performance: 2015 Edition by eVestment What’s New in the 2015 Edition The 2015 edition of eVestment’s Impact of Size & Age on Hedge... Read More

Apple Inc. (NASDAQ:AAPL) has been on the limelight for all the good reasons in the recent past with record breaking preorders, as well as massive price target revisions from... Read More