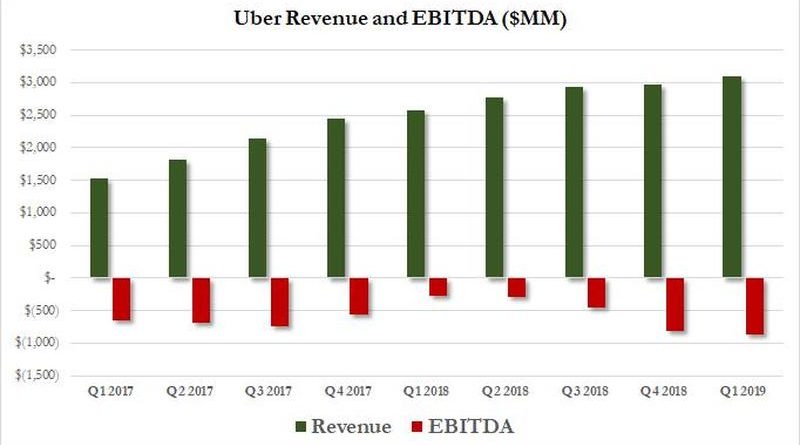 You’re holding what has become the world’s biggest basket of profitless, often fraudulent (I’m looking at you, BABA), and insanely overvalued, illiquid securities.

You’re one man at the helm of a ¥11.6tn empire with sole discretion as to how you operate.

Sure, you’ve got shareholders. But the way you’ve structured the business, the term “corporate governance” is as foreign as that thing that came out of Sigourney Weaver’s stomach.

All of this has allowed for a situation where YOU actually make the market and, once made, you then borrow against those valuations. Oh, and almost everything you own burns torches money.

You are Masayoshi Son, the CEO of SoftBank.

The reason we’re talking SoftBank today is because it popped back onto investors’ radar last week when we learned from the FT that:

SoftBank’s Vision Fund plans to borrow $4bn against its stakes in Uber and two other Silicon Valley groups, as the investment arm of the Japanese conglomerate looks to hand back cash to investors in its $100bn fund.

SoftBank has always been an anomaly to me.

But like so many things in the markets, unless I’ve some way of actually profiting from, it there’s little point in talking about it.

So why bother now?

Because I think SoftBank is potentially the “Lehman of venture capital”. Not in the “too big to fail” bracket, but in the “bring down the house” bracket.

That has ramifications for many asset classes that we are invested in, so I think it’s worth watching.

Now, back to that FT article.

Realise that leveraging venture capital is batshit crazy. You’re dealing with the most illiquid of assets on this ball of dirt, which is bad enough.

But the real reason it’s as nutty as a AOC’s Green Deal is because it is literally a massive basket of negative cashflows.

If you think that penny stocks are volatile, you ain’t ever seen bid-ask spreads on these babies. They are quite literally worth what another investor is prepared to pay for them, and given that we’re at the tail end of what has been one helluva boom in venture capital that value can change remarkably swiftly.

So why Is Son-san doing it?

The answer is to be found in understanding how any VC exits an investment.

There are only two ways VC can get liquid: a buyout or an IPO.

And given that so many of the famous “unicorns” are valued at multiples that make my eyes shoot blood, there are now an ever decreasing number of companies that make suitable suitors.

So we’re down to flogging this stinking pile to the folks who always get roasted, especially at the tail end of a boom: retail investors… which is why we’re seeing tech unicorns IPO-ing.

This is a good strategy for VC, so long as those retail investors buy what is being sold.

The trouble now is that there are early signs that the appetite for these “growth” stocks is collapsing like a teenager after a bottle of Absolut on spring break.

What teenagers am I talking about? 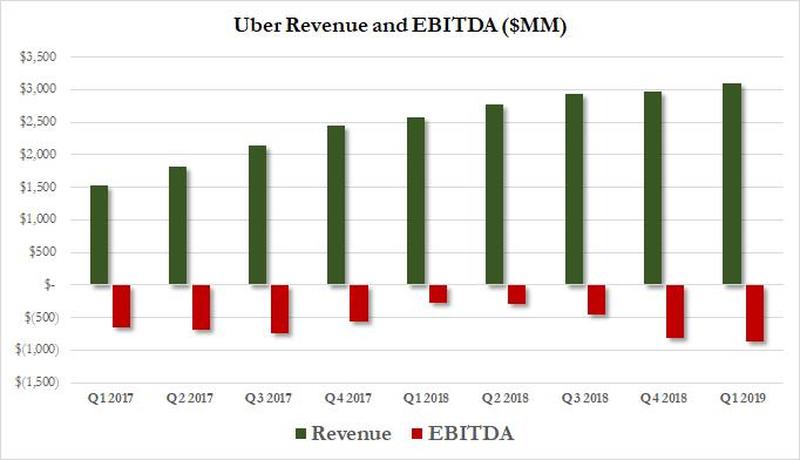 Then, of course, there is Uber — another gem of a company that sucks in capital, torches it, and promises to keep doing so (no, really).

Even the bankers are figuring that the gig is probably up.

This is why Morgan Stanley, while running the Uber IPO, secretly screwed their client hedged their book.

All of this is not lost on SoftBank, who own a truckload of venture capital darlings, many of which don’t and probably won’t ever make any money.

How SoftBank got here is a story as old as man itself.

You see, thanks to QE, pushing investors out the risk curve fanned the largest venture capital boom in all of history. Trust me, I know this. I built, then sold a VC firm because I could see what was happening. Clearly, I got out too early by selling 3 years ag,o but what’s that saying of Willy Waggledagger’s?

And I suspect this is what SoftBank’s is now so afraid of: the prospect that being a minute late can prove catastrophic.

And so using the valuations which are largely concocted by SoftBank themselves (since they’ve often been leading the financings of these “unicorns” and it is the last round of investment capital which is often the metric used for valuing these things), they’re looking to front run IPOs and get out.

So what, Chris? Surely they can just collapse if they’ve made dumb investments?

As the FT point out: 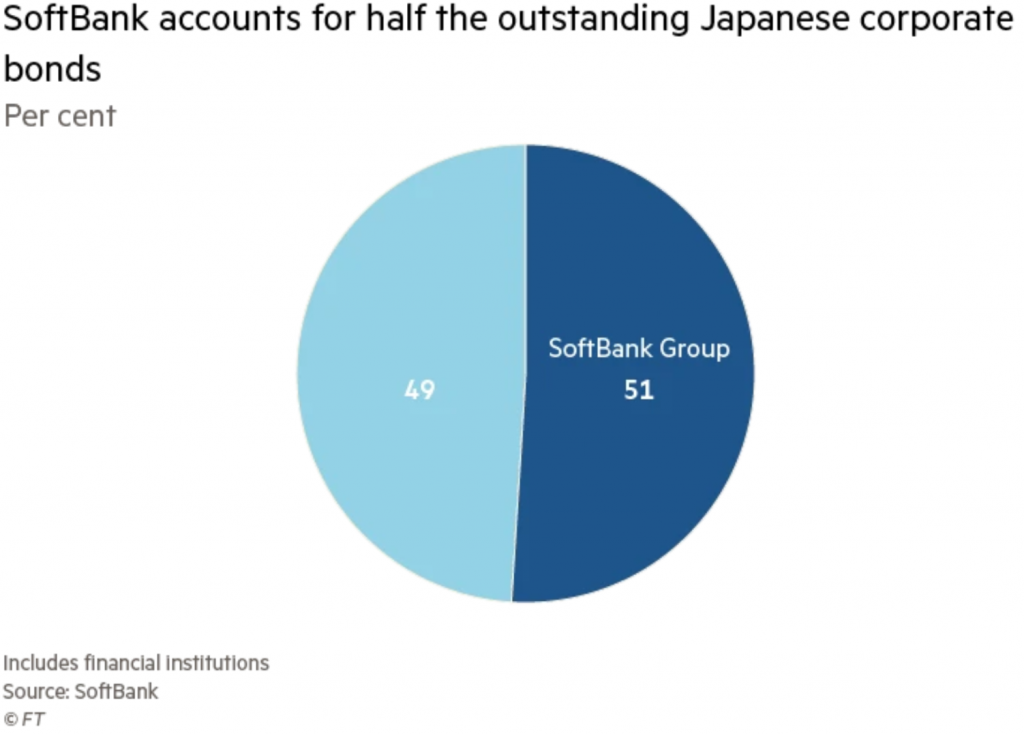 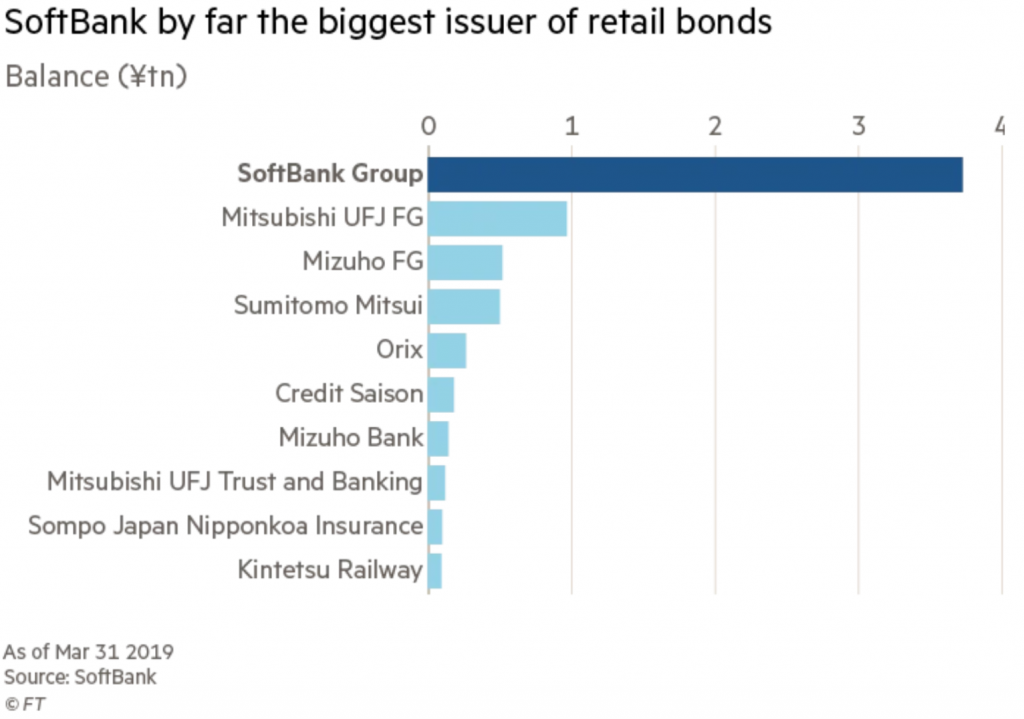 Now, if this wasn’t bad enough, consider that this is a company as opaque as Casper.

What we’ve got here is a gigantic entity with questionable financing arrangements that holds an isht ton of negative cashflowing assets and is loaded to the eyeballs in debt.

The overall group has ¥15.7tn ($143bn) of interest-bearing debt and ¥27tn of total liabilities, far greater than its ¥11.6tn market capitalisation.

And the market for their particular “niche” looks to be turning.

Want to see a scary chart?

SoftBank in orange, Tesla in purple

In case you missed it above, let me make it very clear.

The entire “growth” story, which is to say companies that can continuously grow market share (preferably at a loss) looks to be rolling over.

It’s the classic Ponzi scheme. You always need fresh new capital to pay off the old capital in order for the scheme to continue. When there is no fresh new money, everything reverses and folks quickly realise the value of positive cashflow.

This is where Tesla is today.

Masayoshi Son is 61 years old. The question is, will he lose his teeth over the next 20 years without losing his wealth?

Unless he can dump enough assets at these insanely elevated prices, I’m going to bet on his teeth and wealth following the same path with his wealth loss preceding his teeth loss.

I say that because in every business cycle there is an excess in some sector of the market and it finally gets cleansed.

I was still cutting my teeth with the pointy shoes in the investment banking world when I experienced first hand the tech boom and bust in the late 90’s and 2000’s.

And we all know about the GFC, which was an excess in the housing market. That was a 2008 affair.

Purely from a timescale perspective, we’re due around about now. We sure as hell are pretty damn pregnant. Take a look around yourself today and tell me what’s crazier than WeWork, Uber, Lyft, Alibaba, Tesla, and yes, SoftBank?

Is this likely to happen tomorrow? Probably not, and maybe not even for some time. But it absolutely needs to be on your radar because this bad boy is a bug in search of a windshield.

Make no bones about it, SoftBank is in dangerous territory.

Maybe shareholders can get out of this alive but it looks to me like making love with a crocodile. It’d be a heck of a story to tell but only because the odds of coming out alive are so slim.

Mario Gabelli: This Is Why These Sell-Offs Are Good

Gamco Investors CEO Mario Gabelli explains what to watch in sell-offs and the opportunities they present. H/T Dataroma Mario Gabelli: This Is Why These Sell-Offs Are Good Read More

Chesapeake Energy Corporation (NYSE:CHK) continued to present its development plans to public after it had announced some key milestone targets for July and August 2012. The company has announced a... Read More

On Wednesday, Tyco International Ltd. (NYSE:TYC) agreed in an all-stock transaction merger with Pentair for its flow control unit. According to an article in The New York Times by MICHAEL J. DE LA MERCED,  Tyco... Read More