If your gonna compare the current market to the last two bubble we had (internet and housing), you’re gonna have to wait until the S&P 500 hits 4700 (and earnings stay flat) before we can start having that conversation.

The Dallas Fed reported 12mo Trimmed Mean PCE of 1.99%. This is slightly lower than last month’s report of 2.03% and in part causes the SP500 Value Investor Index to rise slightly. (Lower inflation justifies a higher valuation on earnings everything else being held equal) The SP500’s premium to the Value Investor Index is 26.65%. The Natural Rate is 4.93% and represents the long-term rough competitive level we should see from 10yr Treasuries.

The SP500 can rise to 60%-100%+ premium before it is deemed speculatively valued. The premium to the Value Investor Index is highly dependent on market psychology which is relatively pessimistic currently. This can be seen in the 10yr Treasury just above 2% being 60% below the Natural Rate when in previous market cycles 10yr rates were somewhat higher than Natural Rate.

This is not a speculative market. Economic trends imply much higher equity prices once investor pessimism shifts favorably.

A Look at The BRICS Part III: India's Economic Woes

India, a  south Asian nation, is the world's second most populated country, behind China. It  has been experiencing tremendous economic growth over the last two decades, averaging 7%; since... Read More

Herbalife Ltd. (NYSE:HLF) will report 1Q13 on Monday, April 29, after the market closes, and hold an investor call the next day at 11am EST. Analysts at Barclays are maintaining... Read More

Warren Buffett, CEO, Berkshire Hathaway spoke with FOX Business Network’s (FBN) Liz Claman about the state of the economy. We posted coverage of it which can be found here. There were... Read More 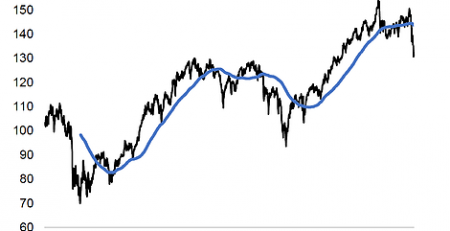 Google Buying eBay, PayPal: A Best Of Both Worlds Scenario

John Rogers: How To Avoid The Index-Hugging Syndrome by John Rogers, Forbes H/T Dataroma Somehow “passive” has become the investing theme of the moment. Tons of money is flowing into index... Read More