The Overuse Of Mathematics In Economics – ValueWalk Premium 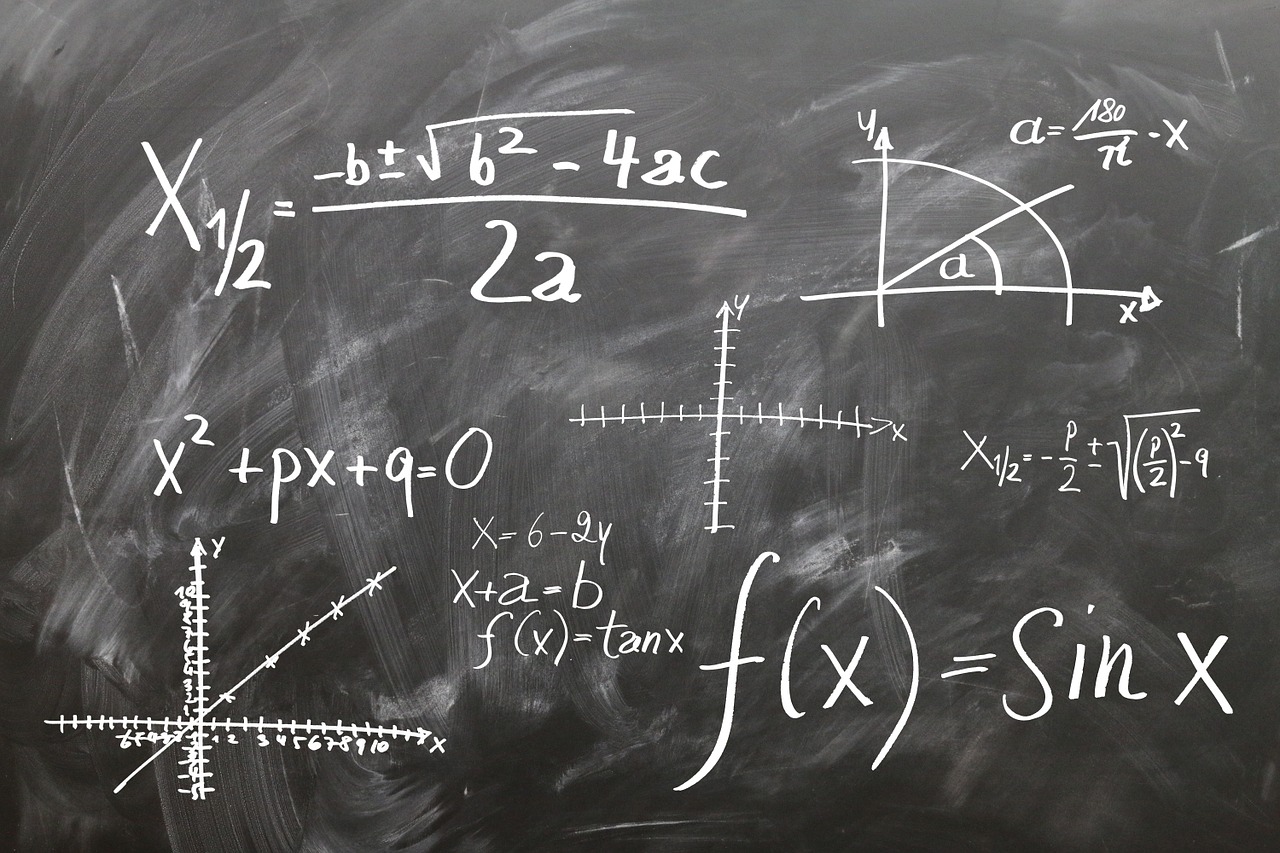 If you enrolled at university today, you would find economics modules filled with mathematics and statistics to explain economic phenomena. There would also be next to no philosophy, law, or history, all of which are much more important to understanding the way our world works and how it impacts the economy.

The reason is that since the end of the 19th century, there has been a push toward turning economics into a science—like physics or chemistry. Much of this has been done by quantifying phenomena and explaining it through graphs. It has been precisely since this shift that there has been such a poor track record of public policy, from fiscal to monetary.

What many contemporary economists fail to realize is that economics is as much of a philosophical pursuit as a mathematical one, if not more so.

Modern economics was first introduced as a formal subject called “history and political economy” in 1805. Economics was a three-decade-old discipline then, as Adam Smith had published his Wealth of Nations in 1776. The earliest economists were philosophers who used deduction and logic to explain the market. Smith deployed numerical analysis only as a means of qualitatively assessing government policies such as legislated grain prices and their impact. No graphs or equations were used.

Even earlier, 17th-century philosopher John Locke contributed more to economic liberty than any mathematician has since. Likewise, philosopher David Hume successfully explained the impact of free trade with his price-specie flow mechanism theory, which employs pure logic. John Stuart Mill’s book On Liberty likewise furthered the cause for free markets without using math.

The first substantial misuse of mathematics was by Thomas Malthus. In 1798. He predicted mass starvation due to population growth, which was exponential and outpacing agricultural production, which was arithmetic. Malthus was evidently wrong, as contemporary free-market Japan’s population density towers over collectivist sub-Saharan’s Africa. Malthus could not quantify the rule of law and free markets.

Alfred Marshall’s Principles of Economics (1890) was the first groundbreaking textbook to use equations and graphs. One of Marshall’s students, John Maynard Keynes, would further the cause of quantifying economics by mathematically linking income and expenditure and how government policy could impact this. Keynes’ General Theory (1936) would serve as a blueprint for 20th-century economic policy as more scientific methods of economics gained favor in the coming decades. Friedrich Hayek summarized this shift in his Nobel Prize acceptance speech.

It seems to me that this failure of the economists to guide policy more successfully is closely connected with their propensity to imitate as closely as possible the procedures of the physical sciences—an attempt which in our field may lead to outright error. It is an approach which has come to be described as the “scientistic” attitude—an attitude which is decidedly unscientific in the true sense of the word, since it involves a mechanical and uncritical application of habits of thought to fields different from those in which they have been formed.

It is impossible to quantify human action. Although equations, such as utility measures, do exist to quantify human behavior, they are faulty when examined. How can an equation tell me when I am no longer satisfied with a certain good? Mathematically speaking, it is when marginal utility becomes negative. This may be true. However, the problem is how to determine how much chocolate will give me a stomach ache—mathematically speaking, what amount will produce negative marginal utility. A doctor could not figure this out, let alone an economist.

There cannot be “catch-all” formulas due to the complexity of economic phenomena. Measuring the elasticity of demand for a certain good is at best a contribution to economic history. Elasticity will hardly be constant in the same country throughout time, let alone in other countries. However, the economists pursuing this analysis do not do it to update economic history—it is done for the purpose of having government micromanage demand for these goods. In reality, government should allow the free market to produce a certain good. The market will determine the demand/supply.

Economics, among other things, is the study of the allocation of scarce resources. If there is a limit of a certain good, it’s not the government’s job to utilize an equation to distribute it. Rather, governments must ensure that the property rights of that good are clearly defined. It is then up to the person who owns the good to allocate it. As such, economics is more related to jurisprudence than math.

The Solow-Swan growth model is a perfect example of quantifying economics. It claims to explain long-run economic growth based on productivity, capital accumulation, and other variables. It is unquestionable that these factors impact growth, however, it oversimplifies the complex interactions between various qualitative factors.

For example, English Common Law has allowed countries such as the US or Hong Kong to prosper more than African nations with no basis for the rule of law and where corruption is still widespread. Protestant nations were historically more favorable toward capitalism compared to other religions. Both of these factors undoubtedly affected the variables in the Solow-Swan model—the problem is quantifying them. Productivity and capital accumulation do not “just happen.”

Monetary policy has suffered the worst. Today, central banks manipulate interest rates to stimulate the economy due to a false belief in purely theoretical mathematical models. Such sophisticated analysis would be welcoming if it offered a better track record. By artificially lowering interest rates, central banks create malinvestment in the economy, creating a bubble.

Once the economy is deemed to be “overheating,” the rates are raised, causing the bubble to burst. This is precisely what has happened since the introduction of discretionary monetary policy in many instances. The 2008 crisis is the most recent example.

However, such policy was not possible with the gold standard because there was no need for a central bank nor monetary policy, as a tool, to even exist. Likewise, the economy was much more stable. Why did gold work? It could not be manipulated easily by the government, and furthermore, it was spontaneously chosen by people because it fulfilled the necessary criteria. Mathematical formulas cannot replicate this. One economist jokingly described it:

Instead of trading away your valuable pigs for horses, why not accept some smooth stones? Don’t worry that you don’t want them, someone else will give you horses in exchange for them! If we could just all agree on which smooth stones are valuable, we’d all be so much better off!

While serving as Hong Kong’s financial secretary from 1961 to 1971, John Cowperthwaite was skeptical about government collecting statistics outside what was necessary, claiming, “If I let them compute those statistics, they’ll want to use them for planning!” Hong Kong remains one of the richest and freest economies.

Sadly, Cowperthwaite’s skepticism of central planning based on models is rarely heeded today, evidenced by the Keynesianism that has reemerged in the intellectual sphere. Furthermore, considering that publishing in mathematically-driven economics journals is needed to secure tenure, it is questionable whether mainstream economics will be changed by such incentives.

Mathematics has a place at best for budgets and debt servicing—but it should be recognized that mathematically-driven economics is a divergence from the foundation of traditional economics. 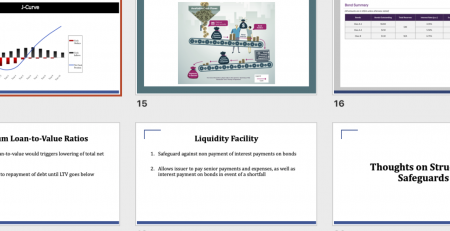 I’ve done up a free video case study under our Investment Case Studies Series for the Astrea bond series now that Astrea V is on its way. Q1 hedge fund... read more

This is a short, two part series on Charles Brandes’ new book, Brandes on Value: The Independent Investor. To find out more about Brandes, his background, education, investment partnership and... read more

Pershing Square Capital Management seems to have knocked out all the competition as end-of-the-year performance reports are being released. Pershing Square Holdings, which is one of the four hedge funds run... read more

Paul Singer's NML Capital wants Citibank to provide evidence it was threatened by Argentina, as it maintains. Citigroup could lose its business in Argentina Citibank’s parent company, Citigroup Inc (NYSE:C), has... read more

2016 turned out to be one of the most memorable years in recent history for many reasons. The performance of equity hedge funds into the end of the year,... read more