Major Shareholder Details Its Strong Opposition to the Proposed Merger with Raytheon, Citing a Lack of Strategic or Financial Rationale

NEW YORK–(BUSINESS WIRE)–Third Point LLC (“Third Point”) (LSE: TPOU), a global alternative investment firm managing approximately $15 billion in assets on behalf of public institutions, private entities and qualified individual clients, today sent a detailed letter to United Technologies Corporation’s (“UTC”) (NYSE: UTX) Board of Directors (the “Board”) laying out its concerns over UTC’s proposed merger with Raytheon Company (“Raytheon”). In its correspondence, Third Point urged the Board to re-evaluate the contemplated transaction. Third Point believes there is no compelling strategic or financial rationale for this merger, and believes it is unlikely to create sufficient value for shareholders.

The full text of the letter issued today can be found here and below.

The Board of Directors

After careful consideration, we have concluded that the proposed combination of United Technologies and Raytheon is ill-conceived and unlikely to create value for UTC shareholders. The contemplated transaction instead complicates the narrative of a more focused aerospace company that was intended to emerge from UTC’s breakup. Third Point will not support the merger in its current form and plans to vote against it. We are confident many of our fellow shareholders feel the same way. These are among our concerns:

1) Strategic Rationale: Like many of our fellow shareholders, analysts, and other industry experts, we remain unconvinced of the strategic rationale asserted by UTC following the announcement. Management initially claimed that the merger “will define the future of aerospace and defense.” This word salad was short on substance and lacked evidence of a strategic plan to create shareholder value.

Given a second chance to convince shareholders of its rationale at the Paris investor event, management insisted technology was its primary strategic motivation. We can appreciate why Raytheon is interested in UTC technology to further its competitive position in areas including hypersonics, directed energy weapons, and air traffic management. However, Raytheon brings very little applicable technology to UTC’s aerospace offerings. The benefits of Raytheon’s cyber and data analysis capabilities are not quantifiable and could be replicated through commercial collaboration or supply agreements. Contrary to management’s unsupported claim that such relationships are ineffective, there many examples of thriving aerospace partnerships such as GE-Safran in engines and Airbus-Palantir in data analysis.

We are troubled by Raytheon’s CEO Thomas Kennedy’s remark at the event in Paris that a standalone Raytheon would be “out of business” in ten years’ time if it mirrored the capital allocation policies of its peers. Perhaps Mr. Kennedy simply attempted to scare his shareholders into voting for the deal. However, one cannot help but question the integrity of Raytheon’s financial outlook provided to the Board. If Mr. Kennedy oversold shareholders on the demise of Raytheon as a standalone entity, it stands to reason that he likely oversold the Board on Raytheon’s growth prospects. Given the projected slowdown in the U.S. defense budget after a strong multi-year upcycle, visibility into Raytheon’s free cash flow growth beyond the next three years is limited. The person with the best information on Raytheon’s outlook eagerly decided to sell the company at no premium, even forfeiting his change-of-control compensation to seal the deal. We assume you are aware of Mr. Kennedy’s Parisian red flag and wonder what you have done to assuage the concerns it raised. At a minimum, the Board needs to carefully re-examine Raytheon’s management forecast that it relied upon to approve the deal, given the new conflicting information we believe is inherent in Mr. Kennedy’s remarks.

This transaction would also mark a baffling change in UTC’s strategy in two ways. Firstly, the rationale for the breakup was to increase focus and accountability. This transaction represents a clear reversal.

Secondly, Mr. Hayes decided to divest an attractive but under-earning defense contractor in Sikorsky near the bottom of the defense cycle for a low valuation multiple of 8.5x trailing EV/EBITDA. Now, UTC is “betting the farm” to acquire a defense contractor near the top of the defense cycle for a high valuation multiple of 13x 2019e EV/EBITDAP1 and, to make things worse, using an undervalued currency. This is unwise capital allocation.

2) Valuation: The proposed merger values UTC “RemainCo” at $80 per share2, which our analysis indicates misprices the Aerospace business by over 40%. We caution the Board against relying on a subjective DCF analysis to justify the valuation. Unfortunately, the incentives of M&A advisors and shareholders are rarely aligned. Those of us who toiled in the bowels of investment banking M&A departments know all too well how easily DCF valuations can be manipulated by tweaking assumptions about growth rates, terminal value, and the discount rate.

Following the deal announcement, Mr. Hayes implied on CNBC that the UTC RemainCo value is $91 per share3, which is too low but, nonetheless, begs the question as to why UTC would agree to issue stock at $80, or a 12% discount to this value.

Management tries to justify the issuance of stock at a discounted valuation by looking at the relative contribution of free cash flow to the combined entity over the next five years. We believe this logic is flawed and neglects the fact that the two companies have different long-term growth prospects and are in different points of their respective business and investment cycles.

We believe that the UTC RemainCo is worth $115 per share based on 13x 2020e EV/EBITDA4 after stripping out $1.1bn of expected GTF losses. UTC should allow for price discovery post the breakup before embarking on transformational M&A that involves the issuance of its stock. It is highly value destructive to issue shares at a heavily discounted valuation.

3) Financial Rationale: For such a large merger, that has been negotiated for more than six months, the paucity of financial details was peculiar and alarming. Were no basic accretion targets provided because the merger is dilutive on a GAAP basis for multiple years? Were no cash accretion targets provided to skirt management accountability? The single financial target of $8bn in FCF was below what most sellside analysts already had assumed in their financial models and failed to impress anyone.

Net synergies are modest and do not justify the transaction. Capitalizing UTC’s 57% share of the $500m net synergies at UTC’s current trading multiple of 16x and discounting it back 3 years yields merely $3 of per share value to UTC shareholders.

4) Timing: The transaction is irresponsible and will introduce unnecessary execution risk during a pivotal time. The integration of Rockwell Collins and the breakup require active involvement of the senior leadership. Management has had multiple execution challenges and has repeatedly come up short on its long-term financial targets by a wide margin. We are concerned that execution will slip further as management becomes increasingly distracted. Otis and Carrier have continued to underperform peers (see Exhibit 1 & 2). Management’s near-term priority should be to help these business units improve operationally in order to achieve peer valuations at the time of the spin for UTC shareholders.

We suspect that this merger might already have distracted management from closing in on a suitable partner for Carrier to enter into a Reverse Morris Trust transaction. Multiple motivated third parties couldn’t find their way to the altar in what should have been a highly value accretive transaction for both sides.

5) Management: The merger proposal makes us increasingly uncomfortable with a management team that already has a poor track record. Under Mr. Hayes’ leadership and long tenure in the C-suite, most business units within UTC including Otis, Carrier, Pratt & Whitney, and Sikorsky have underachieved and trailed their peers in performance. Even the synergy capture from the Goodrich deal has been widely exaggerated and represents a made-up, unaudited number with no visible drop-through to the bottom line5. The historical share price performance of UTC has lagged its peers in the aerospace, HVAC, and elevator sectors (see Exhibit 3). Over the last five years, UTC has underperformed the S&P500 by 41%, the S&P Aerospace & Defense Index by 91%, the pure-play elevator peers6 by 65%, and the pure-play HVAC peers7 by 146%. This share price underperformance is staggering and a direct result of inferior strategy and execution. The discount to its closest multi-industry peer, Honeywell, has continued to widen to historic lows (see Exhibit 4). We had been hopeful that a breakup and renewed focus on operations would improve execution and restore credibility.

In a prior conversation with Mr. Hayes, we were promised that the breakup would serve as a catalyst for an orderly CEO transition over the next year or two. Indeed, this potential upgrade in management formed part of the basis for our investment thesis and expectation of improved operational results in the future. Thus, we were alarmed to learn that Mr. Hayes signed a new sweetheart employment agreement that would entrench him for another half a decade ultimately as both CEO and Chairman of the Board! We believe this to be a case of disastrously bad corporate governance and plan to bring this up with proxy advisory firms and our fellow shareholders.

Since there is no strategic or financial rationale for this transaction, we can only conclude that the merger was motivated by empire building and Mr. Hayes’ desire to extend his already long overdue tenure as head of a Fortune 100 Company. We have witnessed this form of corporate autocracy before, and it is rarely in the interests of shareholders for a Board to permit such behavior. We are both surprised and disappointed that this Board condoned it. We urge the Board to re-evaluate the merger to better serve shareholder interests.

Third Point is a New York-based global alternative investment firm managing approximately $15 billion in assets for public institutions, private entities and qualified individual clients. The firm was founded in 1995 by Daniel S. Loeb, who serves as Chief Executive Officer and oversees all investment activity. It employs a flexible, opportunistic investment style – one that seeks to identify situations with a recognizable catalyst which we anticipate will unlock value.

By his 35th birthday, Mike Michalowicz (pronounced mi-’kal-o-wits) had founded and sold two multi-million dollar companies. Confident that he had the formula to success, he became an angel investor…... Read More

Activist investor Daniel Loeb, who runs Third Point LLC, once got in a dispute with the moms in 15 Central Park West over the temperature of the swimming pool... Read More 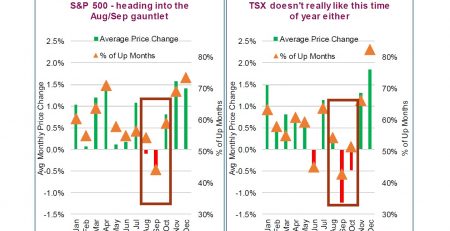 Note: while most of this was written on Friday before the Monday plunge, we have made a few adjustments including the removal of the question mark from the title. Q2... Read More