Visualizing Fragility & GDP: How Stable Is Your Country? – ValueWalk Premium

In terms of stability, all countries are not created equal. Some are rich, some are poor, some are violent and some are safe. The Fund For Peace, a U.S.-based NGO, stack ranks 174 countries every year based on how stable a country is. Hard data such as economic indicators, security, strength of factions and other indicators are analyzed and compared yearly. Each country, based on its data, is given an index score and ranked from 1 to 174. The higher the index, the more unstable the country. The data may surprise you. 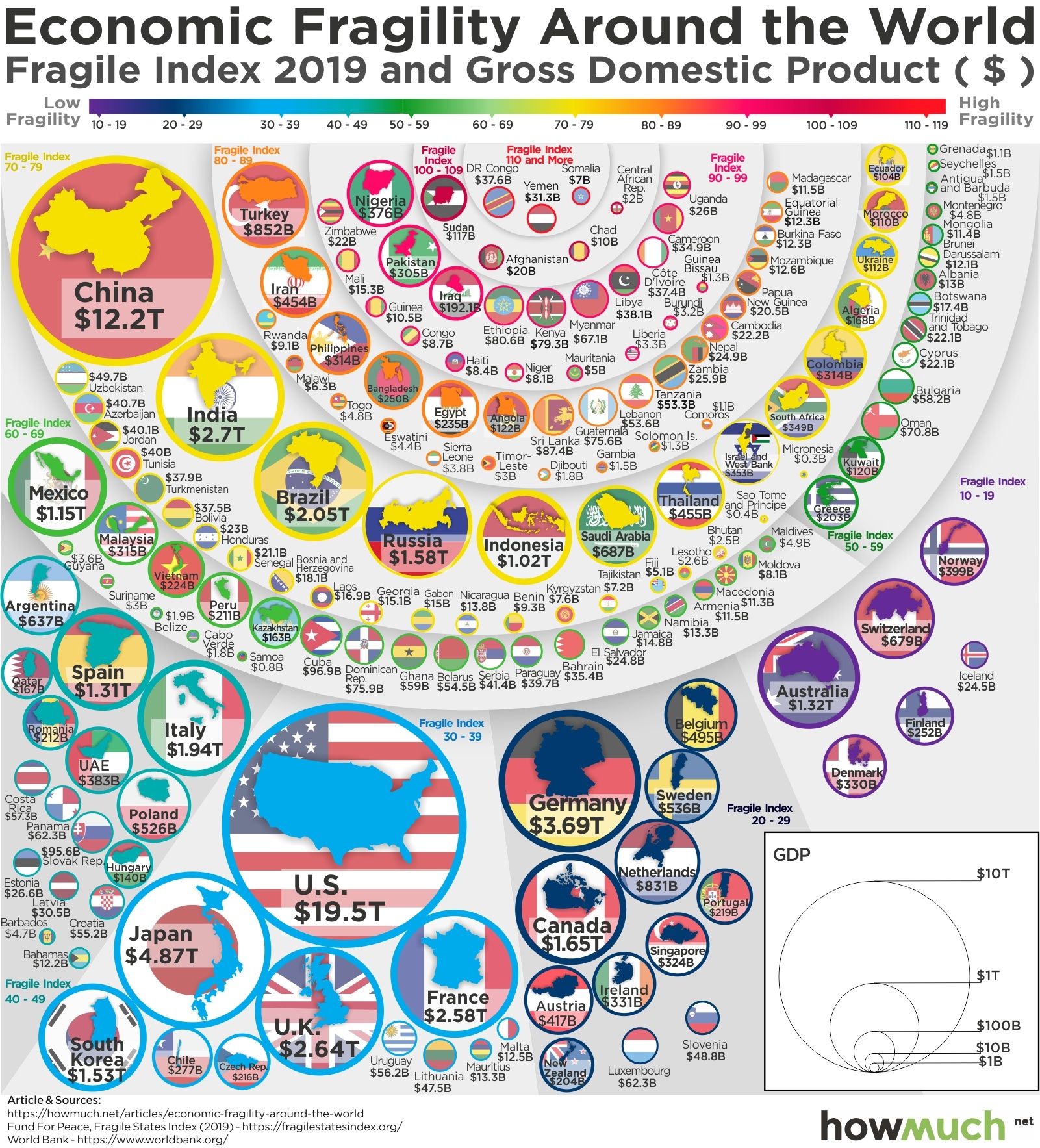 The African continent continues to dominate the world’s most unstable countries list while Westrn Europe dominates the most stable component.  Looking into the details reveals some surprising takeaways.

While there is a correlation between GDP and stability, the world’s top three largest economies (U.S., China, and Japan) don’t make the most stable countries top ten list. The U.S. doesn’t even break the top 20 coming in at 26. Japan ranks 22nd and China remains in the elevated risk category at 90. In other words, China, despite being the world’s second largest economy is in the top 100 of countries most at risk of instability.

The rankings provide a snapshot in time. The trend of a countries ascent or decline is perhaps more instructive on where a country is heading. In the case of the U.S., it has been in a declining trend for several years despite a robust economy. Fragile State Index 2018 report devotes an entire section to the declining stability ranking of the U.S. and highlights partisan politics as a key contributing factor.

Looking for more perspective on how the U.S. ranks against the world? Read our piece on how U.S. States compare to entire countries.

Multi Asset Funds Strategy Is The Flavor Of The Season

Multi asset funds continue to be the bright spot in fund management with an 8 percent increase in AUM over the last six months and double the number of... Read More

Bridgewater: Stimulus Odor Will Linger Long After It Leaves Market

The impacts of stimulus and deficit spending now will likely be felt for a decade or more, say Bridgewater authors Read More

Inflation, sovereign debt and currency values have historically been correlated to various degrees. When they fall out of their correlation patterns, mean reversion has typically occurred. Given these as... Read More

Farnam Street – The $3 Trillion Dollar Shuffle, Liquor Store Math And Who’s on the Other Side of the Trade? 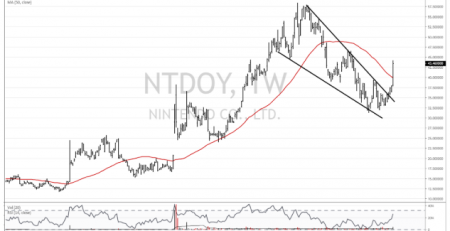 — Original Idea  source: @HardcoreValue Nintendo (NTDOY) is off to the races, up over 14% after news broke claiming Tencent would be allowed to sell Nintendo’s Switch console on their... Read More