Visualizing The Origin Of Elements

Most of us are familiar with the periodic table of elements from high school chemistry. We learned about atoms, and how elements combine to form chemical compounds. But perhaps a lesser-known aspect is where these elements actually come from.

Today’s periodic table showing the origin of elements comes to us from Reddit user u/only_home, inspired by an earlier version created by astronomer Jennifer Johnson. It should be noted that elements with multiple sources are shaded proportionally to reflect the amount of said element produced from each source. 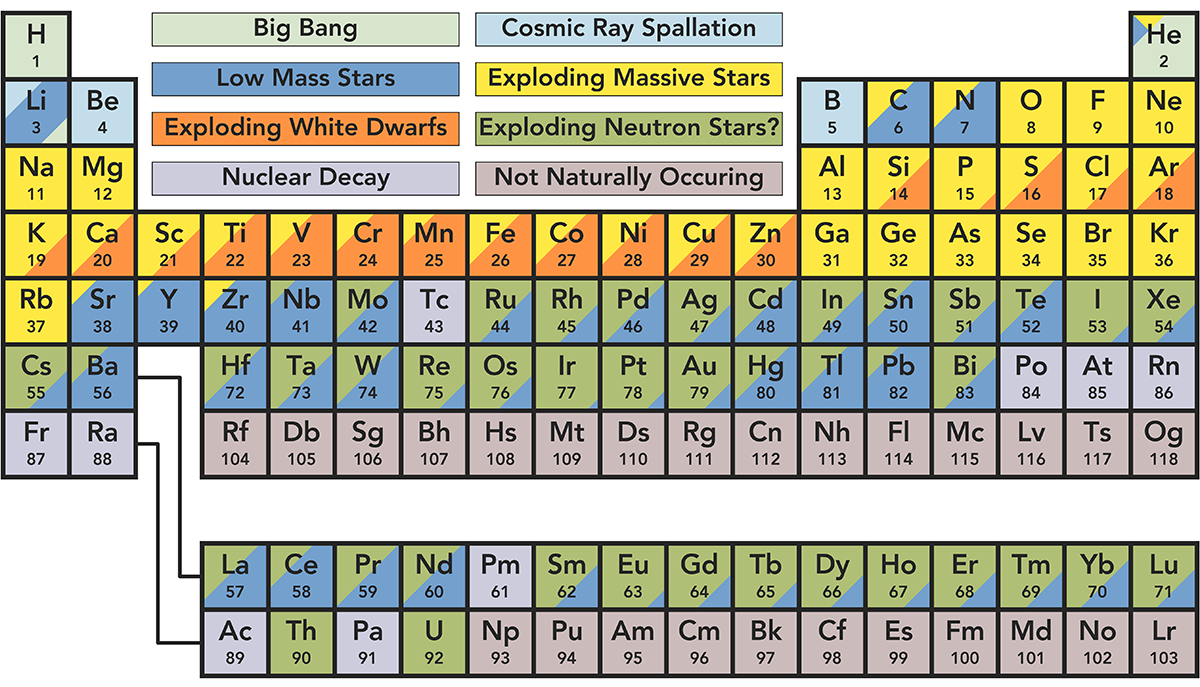 Let’s dive into the eight origin stories in more detail.

The Big Bang
The universe began as a hot, dense region of radiant energy about 14 billion years ago. It cooled and expanded immediately after formation, creating the lightest and most plentiful elements: hydrogen and helium. This process also created trace amounts of lithium.

At the beginning of their lives, all stars create energy by fusing hydrogen atoms to form helium. Once the hydrogen is depleted, stars fuse helium into carbon and expand to become red giants.

From this point on, the journey of a low and a high mass star differs. Low mass stars reach a temperature of roughly one million kelvin and continue to heat up. Outer layers of helium and hydrogen expand around the carbon core until they can no longer be contained by gravity. These gas layers, known as a planetary nebula, are ejected into space. It is thought that a low mass star’s death creates many heavy elements such as lead.

In the wake of this planetary nebula expulsion, a carbon core known as a “white dwarf” remains with a temperature of about 100,000 kelvin. In many cases, a white dwarf will simply fade away.

Sometimes, however, white dwarfs gain enough mass from a nearby companion star to become unstable and explode in a Type 1a supernova. This explosion likely creates heavier elements such as iron, nickel, and manganese.

Massive stars evolve faster and generate much more heat. In addition to forming carbon, they also create layers of oxygen, nitrogen, and iron. When the core contains only iron, which is stable and compact, fusion ceases and gravitational collapse occurs. The star reaches a temperature of over several billion kelvin—resulting in a supernova explosion. Astronomers speculate that a variety of elements, including arsenic and rubidium, are formed during such explosions.

When a supernova occurs, the star’s core collapses, crushing protons and neutrons together into neutrons. If the mass of a collapsing star is low enough—about four to eight times that of the sun—a neutron star is formed. In 2017, it was discovered that when these dense neutron stars collide, they create heavier elements such as gold and platinum.

The shockwaves from supernova explosions send cosmic rays, or high energy atoms/subatomic particles, flying through space. When these cosmic rays hit another atom at nearly the speed of light, they break apart and form a new element. The elements of lithium, beryllium, and boron are products of this process.

Supernova explosions also create very heavy elements with unstable nuclei. Over time, these nuclei eject a neutron or proton, or a neutron decays into a proton and electron. This process is known as radioactive decay and often creates lighter, more stable elements such as radium and francium.

There are currently 26 elements on the periodic table that are not naturally occurring; instead, these are all created synthetically in a laboratory using nuclear reactors and particle accelerators. For example, plutonium can be created when fast-moving neutrons collide with a common uranium isotope in a nuclear reactor.

Discoveries Yet to be Made

There is still some uncertainty as to where elements with a middle-range atomic number—neither heavy nor light—come from. As scientific breakthroughs emerge, we will continue to learn more about the elements that make up the mass of our solar system.

Mort Zuckerman is throwing in the towel on selling his New York Daily News for $200 million. After three high profile bidders failed to coalesce at Zuckerman’s desired ask... read more

Bill Gross: Saved By Zero? by Janus Capital Group So the Fed has chosen to hold off on their goal of normalizing interest rates and the ECB has countered with... read more 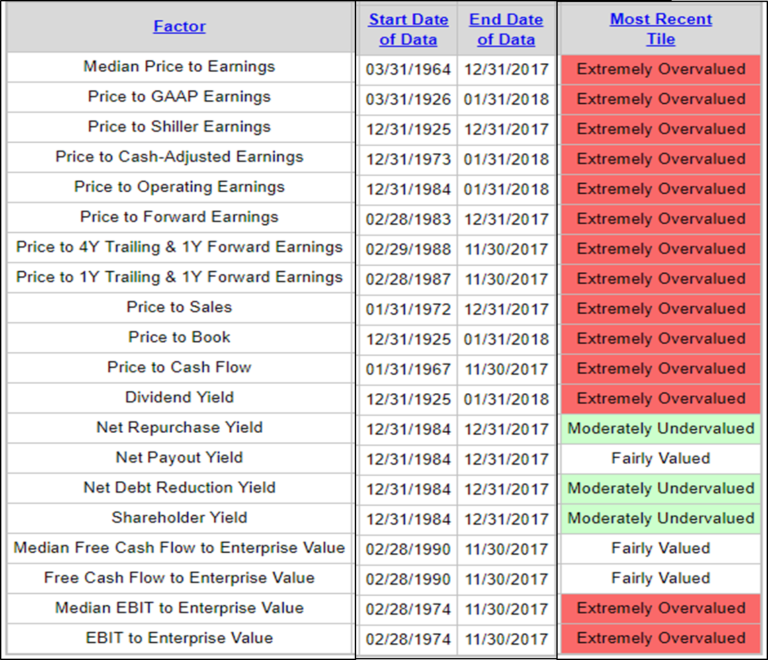 “The greatest mistake of the individual investor is to think that a market that did well is a good market rather than a more expensive market.” – Ray Dalio  “Volatility... read more

Hedge funds filed their Q1 equity holdings over the last couple of days. While many of the stock picks and exits were expected, like everyone buying Hess Corp. (NYSE:HES)... read more

All North American Payless Stores to Close by the End of May; E-Commerce Operations Have Been Wound Down Q4 hedge fund letters, conference, scoops etc BentleyMall [CC BY-SA 3.0], via Wikimedia... read more