How Big Is Apple? This Visualization Puts Things Into Perspective – ValueWalk Premium

Apple in 2012 became the most valuable company in history, with a market capitalization of $621 billion. Its upward trajectory didn’t stop there: in 2018, Apple reached a market cap of $1 trillion. While it’s cooled off at times since then, sometimes dipping below $1 trillion, it’s undeniable that Apple is a big company in terms of valuation. It’s hard to take in this large of a number, so let’s put it into context with the value of other entities. 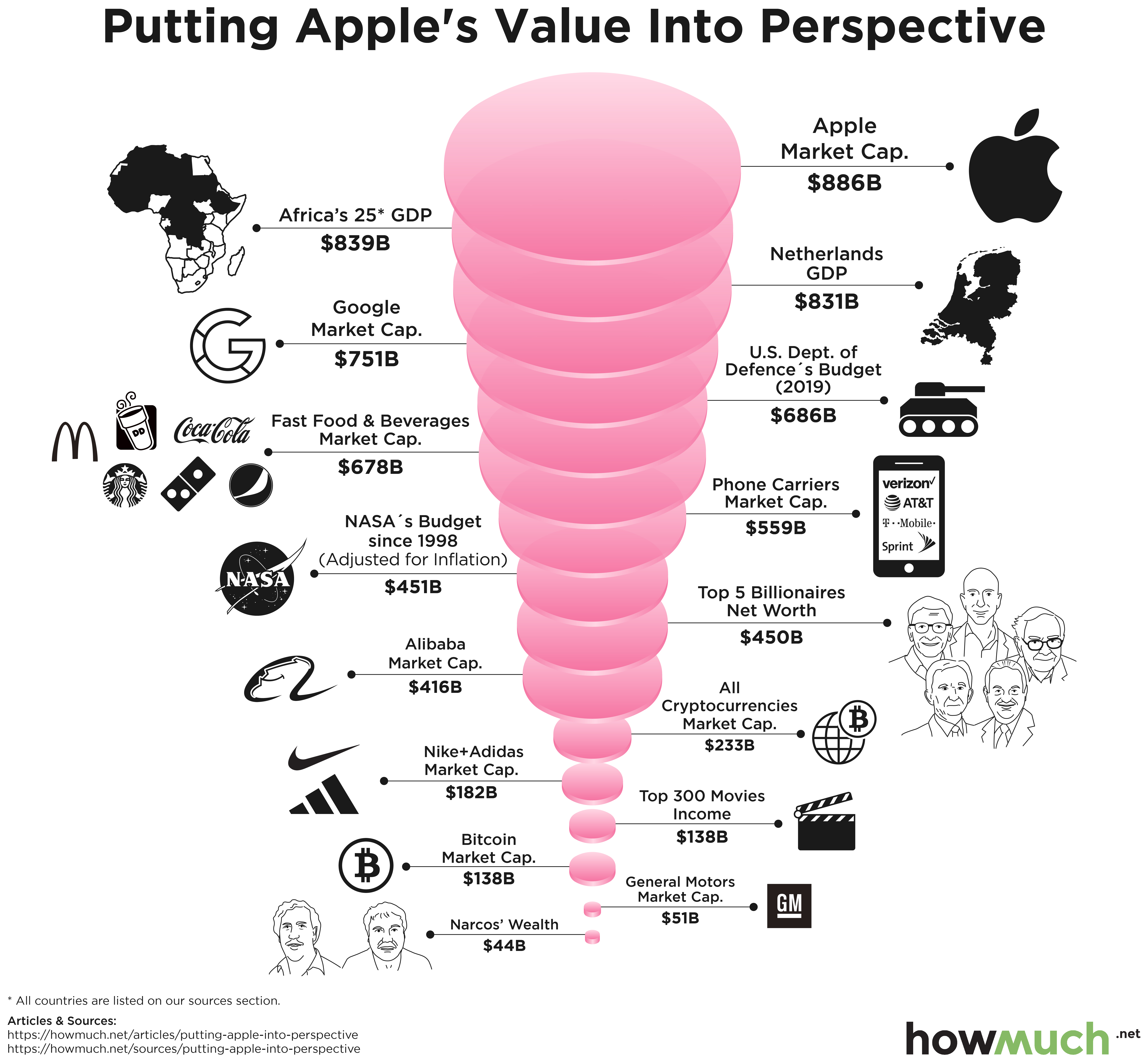 Apple is Bigger than These Things

So, what’s next for Apple… $1.5 trillion? $2 trillion? Will it maintain the most-valuable slot? Only time will tell, but already Apple no longer has the distinction of the only trillion-dollar company: Amazon and Microsoft have joined the club.

Even so, a trillion-dollar valuation of anything is exceedingly rare, and that includes entire economies and industries. Even at a weaker valuation of $886B, very few entities can compete. Our visualization includes everything from Netherlands GDP to the entire cryptocurrency market. Ironically, the iPhone maker is even far more valuable than all of the major U.S. cell phone carriers put together. It’s even a full $100 billion more valuable than Google, the maker of the rival Android mobile operating system, among so many other dominant tech products.

While Apple has beaten recent earnings estimates, it faces a series of obstacles toward future growth. Apple’s shipments in iPhones fell by 30% in Q1 2019 over last year. There’s also growing competition: Apple now holds 11.7% of global smartphone market share, down 25% from just a year ago. Along with its decline in market share, the overall market for new phones appears to be declining, at least in the U.S.: Verizon and AT&T have reported record-low phone upgrades.  Growing trade tensions between the U.S. and China is another risk: a Goldman Sachs analyst estimates that Apple’s earnings would drop by nearly 30% if China bans Apple products.

What surprised you most about the visualization? Will Apple continue to grow, or is there cause for concern? Leave your thoughts in the comments.

Sequoia fund which only re-opened in 2008 is already shutting its doors. The famous value mutual fund joins a growing list of prominent firms closing their funds to new... Read More

Things aren't as bad in Europe as many believe. It looks as if the continent is finally pulling itself out of the economic slump that has engulfed the region... Read More

LightSquared Debt: Could Get Ugly Between Ergen, Flacone

LightSquared Inc. filed for bankruptcy in 2012, saying it will seek to resolve the concerns of U.S. regulators who thwarted the company’s plan to deliver high-speed wireless to as... Read More 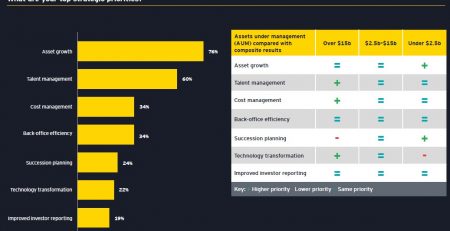