Most private equity funds set their ”hurdle rate,” or preferred return, at around 8%, though this may vary depending on the fund’s strategy. This means the fund manager must generate an annualized net return of at least 8% for investors before the manager can share in any of the profits.

In an asset class where investors typically expect net performance of around 15%-20%, the preferred return is a critical tool to ensure that managers achieve a prespecified baseline return before they can collect incentive compensation. 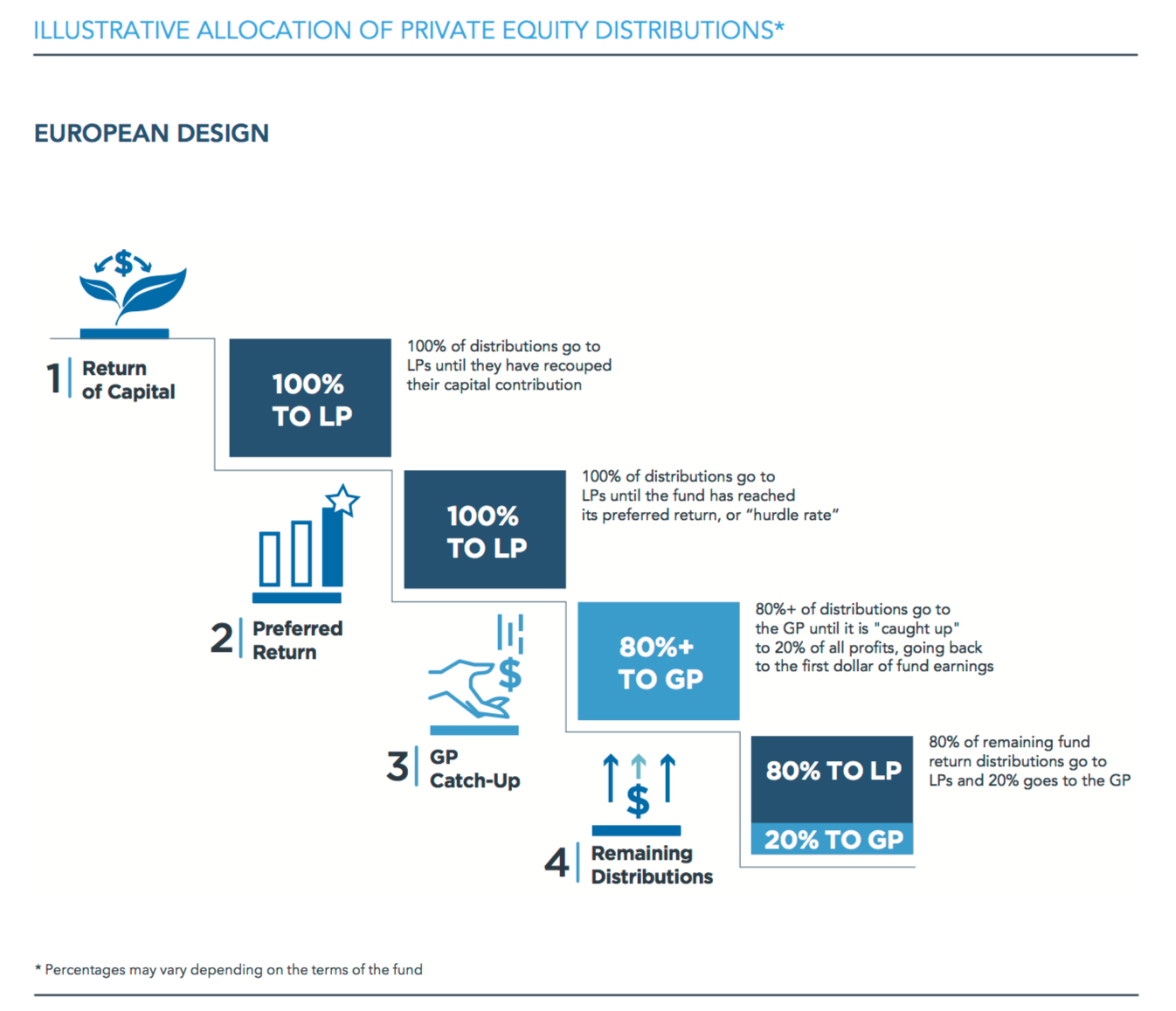 However, it is important for investors to properly assess a private equity fund’s waterfall, or the allocation of distributions between the general partner (GP) and limited partners (LPs), in order to ensure proper alignment of interests. There are four primary components to a distribution waterfall:

While these four components are relatively standard across most private equity funds, there are variations on how a GP may implement its waterfall. The most common variations are the European and American waterfalls. The designation of European versus American refers to the way that the waterfall is structured, not the geographical location of the manager. Under a European waterfall structure (described above) carried interest is calculated at the fund-level across all deals. In this situation, the GP does not begin to take carried interest until the fund has returned all LP contributions across all deals, and delivered the preferred return.

Warren Buffett has often been quoted on the importance of knowledgeable investing and equally important – knowing what you don’t know. Two of his most famous quotes on the... Read More

Published on Feb 16, 2014 Businessman Bill Browder says his life has been threatened as a result of his claims of corruption in the Russian government. Scott Pelley reports on 60... Read More

GAMCO Investors: How We Look For Value

Founded by Mario Gabelli back in 1976, GAMCO Investors, which now manages some $40 billion, is a traditional value firm. The asset manager is seeking companies valued in public... Read More

Saudi Arabia announced Thursday that it is “not prepared” to trim oil production even though it agreed with Russia on Tuesday that major oil-producing countries should freeze their output at... Read More