The Foreign Countries Holding The Most U.S. Debt – ValueWalk Premium 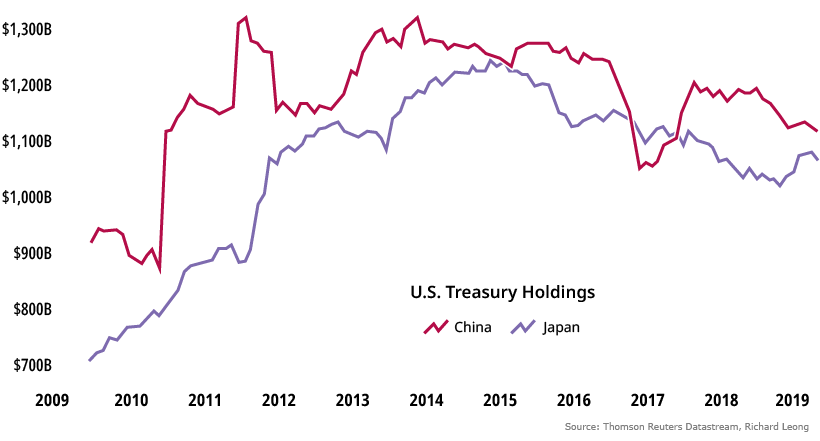 In the international finance system, U.S. debt can be bought and held by virtually anyone.

In fact, if you hold a U.S. Treasury bond or a T-Bill in your portfolio right now, you are already a creditor to the United States government.

And as you can see in today’s chart from HowMuch.net, foreign countries like China and Japan can also accumulate large positions in U.S. Treasurys, making them significant players in the overall United States debt pie. 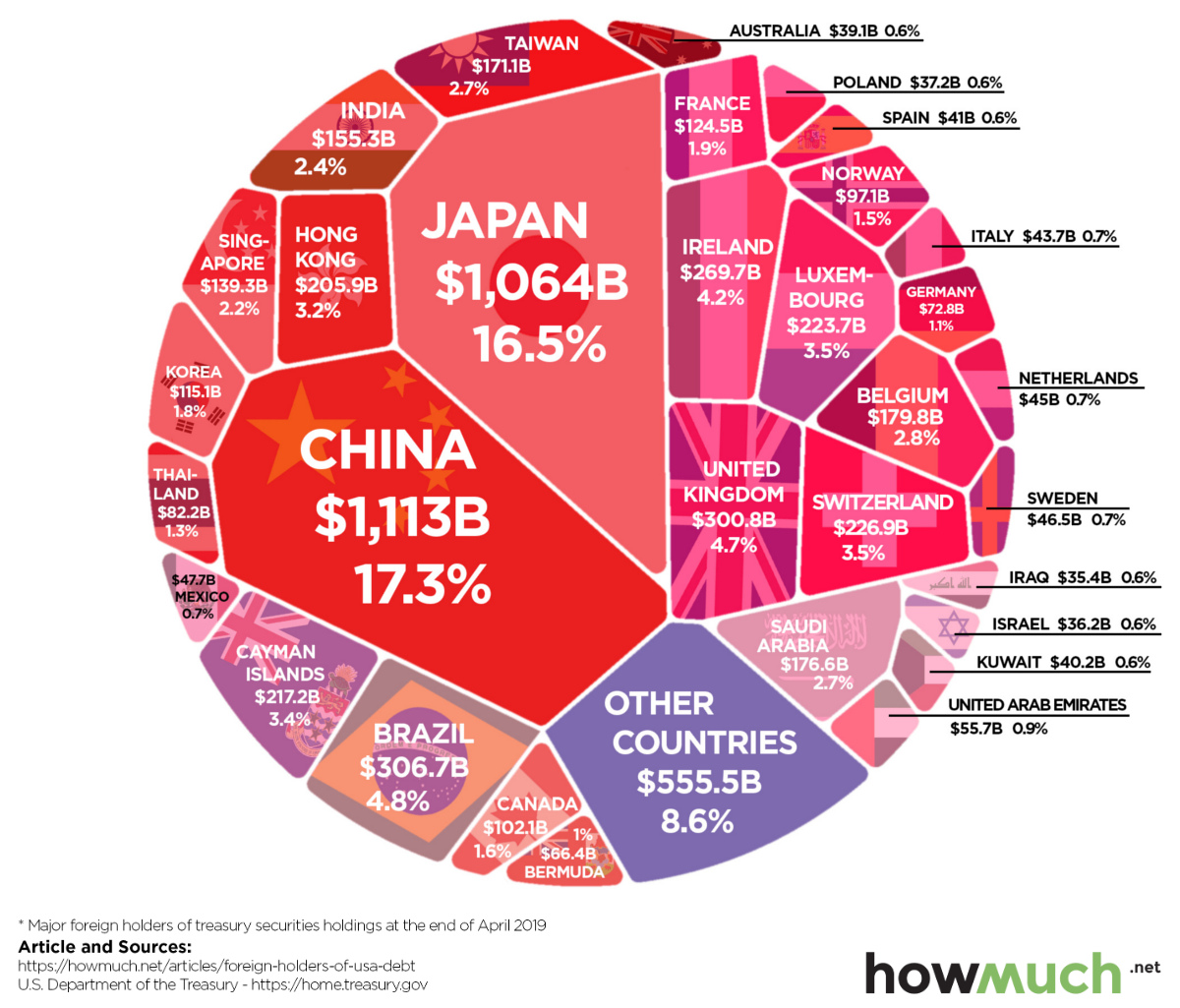 The United States federal debt currently sits at $22 trillion, and it’s held by a range of domestic and foreign investors.

As you can see, about $8.1 trillion of debt is held by departments of the U.S. government or the Federal Reserve. This number would include securities sitting in retirement accounts of federal employees, social security trust funds, or any of the Treasurys sitting on the Fed’s balance sheet.

Next, another $7.6 trillion of debt is held by domestic investors. These are marketable securities held by banks, mutual funds, pension funds, insurance companies, and other investors.

While debt held domestically is mostly uninteresting, a bigger question mark is the $6.3 trillion of debt that is owned by foreign countries. After all, couldn’t a country like China “weaponize” its large holdings of Treasury securities as a form of retaliation in the ongoing trade war?

Foreign Owners of the Debt

Internationally, the biggest owners of debt include China and Japan, each with over $1 trillion.

Why does China hold so much of the foreign-owned U.S. debt?

China has accumulated Treasury securities over decades, as part of its strategy to keep its domestic currency from strengthening. Interestingly, the export-heavy nation has reduced its swath of Treasurys in recent months, selling off close to $200 billion of them.

Although China has $1.11 trillion of Treasurys left in reserve, the general consensus is that dumping all of them at once would destabilize the global financial system, having an equally negative effect on China as well.

That said, with foreign nations holding U.S. debt, such a risk will always exist.

While it’s not surprising to see countries like China, Japan, or Brazil on the list of top foreign debt holders, what are places like the Cayman Islands, Luxembourg, or Ireland doing on the list?

Firstly, despite having a population of just 60,000 people, the Cayman Islands is a hedge fund capital with over 10,000 funds domiciled there. Luxembourg makes the list for similar reasons, given that it is the European-based tax shelter equivalent.

Ireland, on the other hand, is the overseas headquarters for many U.S.-based tech giants like Facebook or Alphabet. Apparently, these corporations like to hold their overseas profits in highly-liquid Treasurys, rather than paying a repatriation tax to bring the cash back to American soil.

The Department of Labor released their advanced estimates of initial and continuing unemployment insurance claims this morning.  Initial claims came in at a seasonally adjusted rate of 339,000, an... Read More

Set against its slowing growth numbers this past week, China still has hopes that import growth can help to keep its trade balance and maintain a recovery. In remarks on... Read More

Bill Nygren's Oakmark Fund  increased 2% in the first quarter, fractionally exceeding the S&P 500 (INDEXSP:.INX) gain, which also rounded to 2%. For the first half of our fiscal year Bill... Read More

Published on Feb 16, 2014 Businessman Bill Browder says his life has been threatened as a result of his claims of corruption in the Russian government. Scott Pelley reports on 60... Read More