Just as there exists a longstanding inequality in the distribution of household wealth, so exists a considerable differential in the amount of wealth held by countries on the international stage.

Simply put, some nations are “haves”, while many others are “have-nots”. 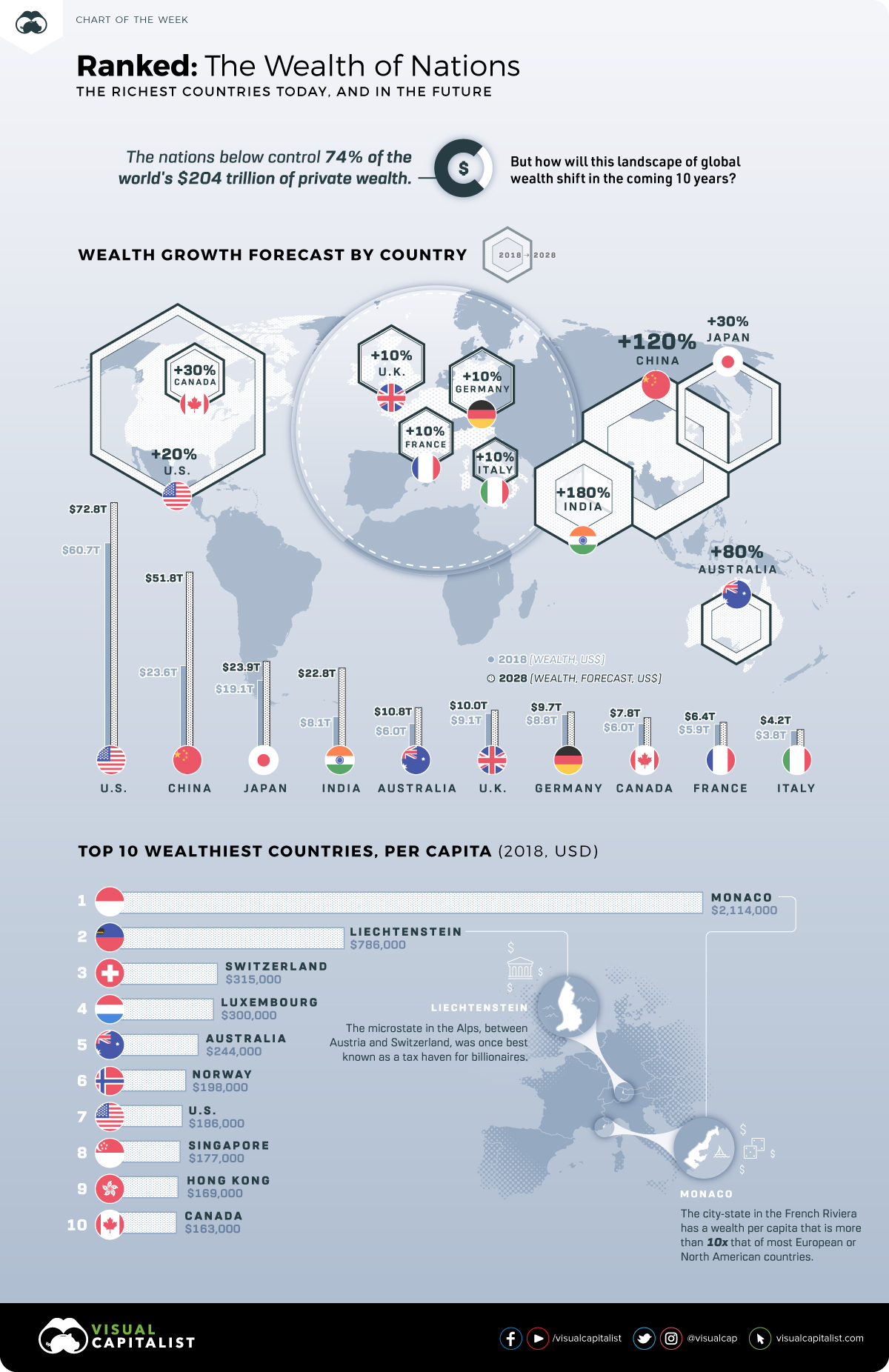 We previously showed you how the ranking of the richest countries in the world has changed over the course of the last 10 years (2008-2018).

What are the wealthiest nations today, both in absolute and per capita terms, and how is this list projected to change over the next decade? Let’s see how the wealth of nations stack up.

Private Wealth: Now and in the Future

Using data from the Global Wealth Migration Review, here are the 10 wealthiest nations both now and as forecasted in 2028.

It’s worth noting that these figures are meant to represent wealth, which is defined as the total amount of private wealth held by individuals in each country. It includes assets like property, cash, equities, and business interests, minus any liabilities.

China has been the best performing wealth market in the last decade, and these projections show the country as continuing on that track. In fact, both China and India are expected to see triple-digit growth in private wealth between now and 2028.

As far as developed countries go, it’s not surprising that growth rates are much more modest. In Europe, countries like Great Britain, Germany, France, and Italy are only expected to add 10% to private wealth in 10 years, while Canada (30%) and the U.S. (20%) do marginally better.

One notable exception here is Australia, which is expected to add 80% to private wealth over the timeframe – and it will leapfrog both Germany and the U.K. in the rankings in the process.

Here’s a look at the wealth of nations in a different way, this time with numbers adjusted on a per capita basis.

When using per capita numbers, it’s absolutely no contest.

Monaco, the city-state on the French Riviera, is a money magnet with $2.1 million of private wealth per citizen. This means the average Monacan is at least 10 times richer than the average North American or European.

Liechtenstein, a microstate that sits in the Alps between Switzerland and Austria, also has a high average wealth of $786,000 per person. Like Monaco, its population is well under 50,000 people.

Finally, it’s worth mentioning that three countries on the per capita list also made the overall list. Put another way, the countries of Australia, Canada, and the United States can all claim to be among the wealthiest of nations in both absolute and per capita terms.

DISH Network Corporation Tax Law Violation by Kerrisdale Capital - this is the latest - we first broke the news as reported earlier - see below for the latest - Dish... Read More 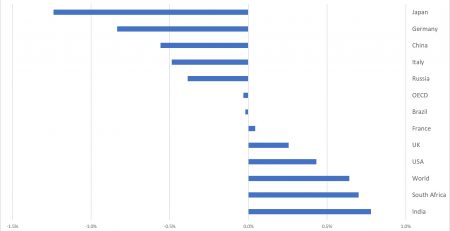 Thornburg Value Fund  Q2 Letter To Investors For the U.S. equity markets, the second quarter of 2014 felt a bit boring. As of this writing, the S&P 500 had made it... Read More