Charting The World’s Most Powerful Militaries – Which Countries Dominate The Globe? – ValueWalk Premium

The defense industry is one of the largest in the world. Nearly every country sets aside a large portion of their federal budget for military expenditures, which can have a major impact on their economies. 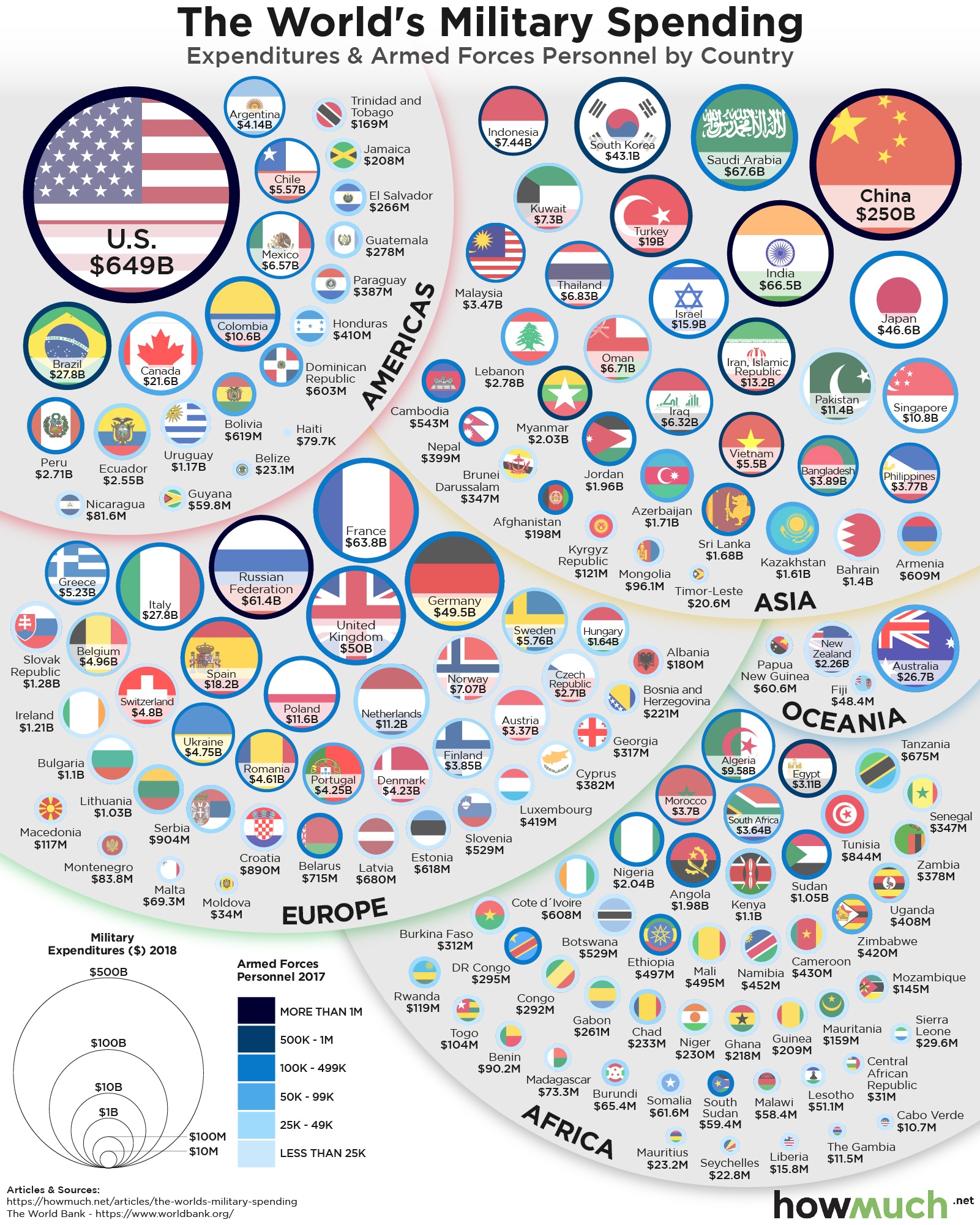 Using data from The World Bank, which provides data and analysis on a variety of topics for countries around the world, we have compiled the numbers for armed forces personnel and military expenditures for countries across the globe. The graphic doesn’t include countries that haven’t made these available to The World Bank.

This visualization lets us see total military spending around the world as well as the relationship between military expenses and armed forces personnel.

By examining the data found in the .visual above, we can have a better understanding of how military spending impacts the global economy.

Have any thoughts on this subject? Feel free to comment below. We love to hear feedback from our readers.

Indebted Economies - Where Did Prosperity Go And How Do We Bring It Back? by Lacy H. Hunt, Ph.D. - Hoisington Investment Management Total Nonfinancial Debt as a % of... Read More

"The Economy is Awful"... Unless You Look At The Data That Is... by Todd Sullivan, ValuePlays Since I don’t watch the TV I missed this exchange this morning…… “Davidson” submits: We are... Read More

I recently welcomed bestselling author of "The Devil's Financial Dictionary" and Wall Street Journal columnist Jason Zweig to our North American headquarters. Via by Shai Dardashti, Latticework In Jason’s own words: Origins of... Read More