Now, I know what some of you are going to say. That Hong Kongers are just money grubbing, fast moving, fast eating, efficiently evolved economic animals.

There is a nugget of truth in that.

It’s what happens when freedoms are granted to folks. I dare say it’s better than many alternatives. You know, slow moving, rarely eating, impoverished economic slaves, which is precisely what you’ll find in most countries without the sorts of freedoms that Hong Kong has enjoyed.

And it’s those freedoms that our fellow friends in Hong Kong are so deeply concerned about right now. 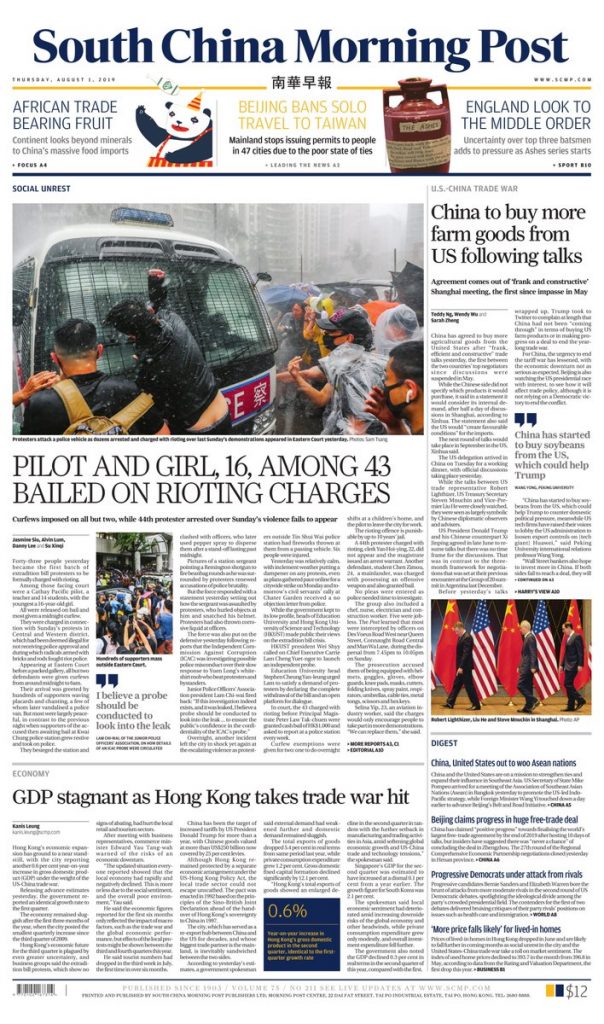 I’m sure you’re aware of it, but here’s the short and dirty.

Xi and the CCP tried to push through an “extradition law” in Hong Kong, which would enable any CCP thugs mainland Chinese judiciary to issue arrest warrants for any Hong Kong or foreign citizen in Hong Kong.

Now, to be fair, the CCP thugs China’s security services already black bag Hong Kongers and smuggle them back to the Mainland as and when they need to.

But what Xi was proposing here was a shiny new law that turned Hong Kong’s legal system into an arm of the CCP allowing abduction by the stroke of a pen. Nice, heh?

How Did We Get Here?

This isn’t meant to be a history lesson on Hong Kong, so let’s make it as short as possible.

Hong Kong was an illegitimate child of the British Empire, and as their grip on global dominance ebbed, old Maggie “Iron Lady” Thatcher saw what was inevitable (losing the territory) and began speeding up preparations so as to ensure a more peaceful transition.

Hong Kongers then had no say as to who their parent would be, and today, 22 years after the official handover, they’ve no say either.

Sure, like a child that’s grown up a bit and felt the lure of independence they want it to be the case, but this is never going to happen, and here’s why.

What you have is an autonomous state that enjoys the some of the widest forms of self expression and democracy in the world sitting on the lap of one of the world’s most totalitarian regimes in existence.

The Chinese call it “one Nation, two systems.” I call it bonkers.

Old Maggie was a sharp cookie, and one of the most adept negotiators our tea drinking, sun starved friends have ever managed to birth (incidentally, the Brits could well do with that right now, because let’s face, it Boris ain’t half a Maggie).

Anyhow, Maggie knew that they had to let Hong Kong go. It was an expiring option, and with China was growing stronger each year while Britain was sinking, she knew the option still had value to them. But with each passing year the cost of the option began to outweigh the benefits.

But when the old Iron bird negotiated the transfer of Hong Kong back to Mainland China she put a spanner into the spokes, namely a 50-year treaty essentially saying, “Here, it’s yours, but for half a century you can’t really touch it.”

The problem with this agreement is that no agreement is worth a jelly donut if it can’t be enforced. Look around you and tell me who’s going to enforce the democracy of Hong Kong?

The Brits can’t. They’re balls deep in the real life comedy that is Brexit, and to be fair, there’s enough knife crime on London’s streets now that Hong Kong looks positively peaceful. So no, that dog won’t hunt.

What about NATO? Pffft! I said once, actually twice before that NATO is coming to and end.

That leaves just one: America.

If America intervenes with military, then we’re screwed. Really screwed. If they don’t, well… Hong Kong is screwed.

This comes at a bad time for China.

Their export led system whereby they have provided credit to any enterprise that provided job growth (have to keep the peasants from rioting) — despite many proving non-profitable — has a consequence, namely massive NPL (non-performing loan) accumulation. 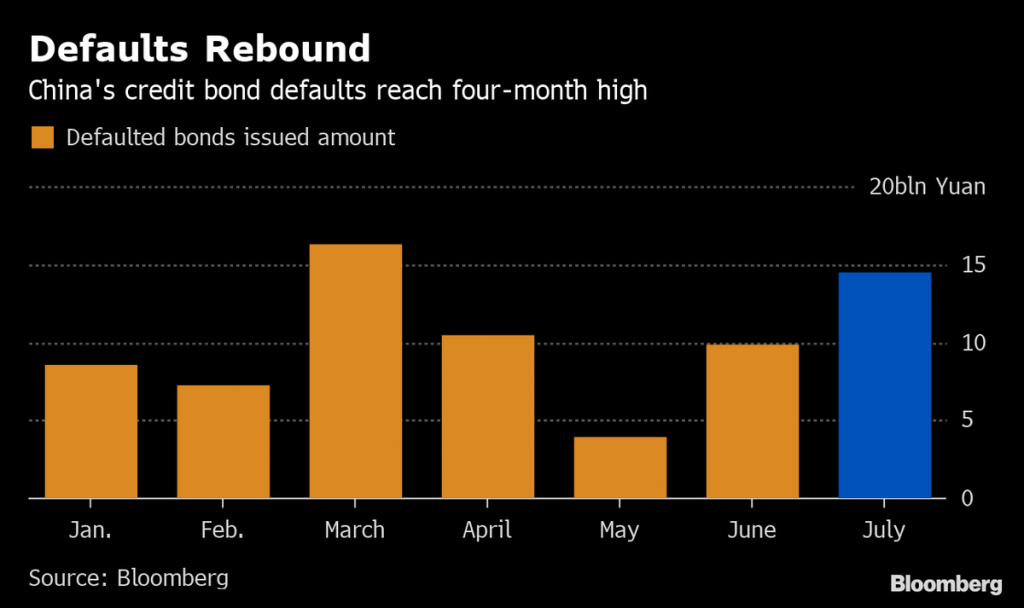 With consumption rolling over (there’s only so far that central bank stimulus will take us), the Chinese are faced with the reality that the world doesn’t want to buy any more junk.

They have to deleverage. Except they can’t grow and deleverage at the same time, and so the most realistic outcome here is they’ll try to disguise rising imbalances with devaluation.

In a “normal world” one could argue this exports disinflation to the rest of the world. Maybe.

Something far greater is at stake here. What do you think happens when you jam a spanner in the “faith in currency of major powers” sermon that’s been sung?

You see, we’ve said repeatedly here that currencies come under real pressure when citizens lose faith in the issuer. We’re about to move one step closer.

And that’s a problem now. You see, economic pain to the Chinese is not something that’s part of the deal struck with their citizens. The CCP delivers economic growth, the peasants get wealthier (becoming non-peasants), and they agree not to interfere in politics. It’s a simple strategy with a few flaws.

Which brings me to national unity and nationalism, which is to the CCP what grass is to a cow. Essential.

It is one reason why they want Hong Kong integrated fully into China and why — after staying relatively quiet since that fateful day that Chris Patten finally walked away from Hong Kong — they have begun to edge closer and closer to moving that 50-year needle back.

“The Sino-British Joint Declaration, as a historical document, no longer has any realistic meaning,” said Chinese Foreign Ministry spokesman Lu Kang in June 2017. “It also does not have any binding power on how the Chinese central government administers Hong Kong.”

Perhaps they overplayed their hand. Perhaps they thought they could push through the extradition bill without too much fuss. Who knows?

But now that it’s been done events have moved well beyond what they must have anticipated, and the CCP are now backed into a corner. They can’t let HK get away with defiance, and yet the only way they can excerpt authority is to put their military on the streets of Hong Kong. Permanently.

On the other side of the coin, many in Hong Kong that I’ve spoken with would rather see Hong Kong burn to the ground than let it go the way of Mainland China. That is simply intractable.

Taiwan will be watching this warily. When the CCP do invade (watch), they’ll want to see if the US do more than wag their fingers and make a lot of speeches. I don’t think they will, but who knows.

The US for their part also must know that by doing just that, which is to say nothing, they’re acknowledging their impotence in the matter. And in doing so they must know that this step towards “unifying China” would be an emboldening step. Not good for Taiwan.

If I was a betting man, I’d say Hong Kong goes. Though, the scale of what’s about to take place is enormous and can set off events and reactions which are difficult to even contemplate. When it happens, expect to see US troops deployed to Taiwan as a “hey, calm the-f-down, we’ve got your back” measure.

But the knock-on effects would be enormous.

Hong Kong is a financial centre in Asia. We could expect to see capital flee and never come back. We could expect the entire relationship that China has had with the West for the last 30 years be forever changed. Would foreign companies doing business not only in Hong Kong but China still do so? To what extent?

These are serious questions and none of the answers are bright and cheery.

Hong Kong and Singapore have always competed as the financial hubs in Asia. Last year, I closed down a Hong Kong company I controlled. It seemed inevitable what was coming, though I thought I was probably 10 years too soon. This now looks like wishful thinking.

Singapore will see an absolute flood of frightened money, something recently confirmed to me by my private banker in Singapore. And not just from Hong Kongers.

Remember, Hong Kong has been THE conduit for mainland Chinese capital. And then there’s the entire region. Who in Vietnam, Cambodia, Laos, or the Philippines wants to incorporate or bank in those countries? None. It’s been either Hong Kong or Singapore.

Hong Kong’s preferential trading status with the West, the US in particular, would almost certainly be rescinded. Much of their trade would decline precipitously.

Here’s one chart with three assets. If you can tell me what the asset classes are, then you know what to buy.

Good luck. I fear we may just need it.

“We must warn all the ugly forces that try to challenge the central authority and undermine the bottom line of the ‘one country, two systems’ principle.” — China’s Xinhua News Agency

As the year winds down, good riddance might be a popular sentiment for specialty pharma, which underperformed against the S&P 500 for the first time since 2009 as Martin... Read More

Insider Trading:: Halfway through the growing season a grain trader receives a private report on the state of the corp. Should he use the information to speculate in grain futures?... Read More 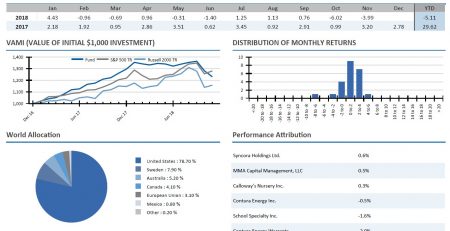 Whitney Tilson's Kase Capital had a strong Q1 with a 8.4% return, according to a shareholder letter reviewed by ValueWalk. It appears from the letter to investors that Whitney... Read More 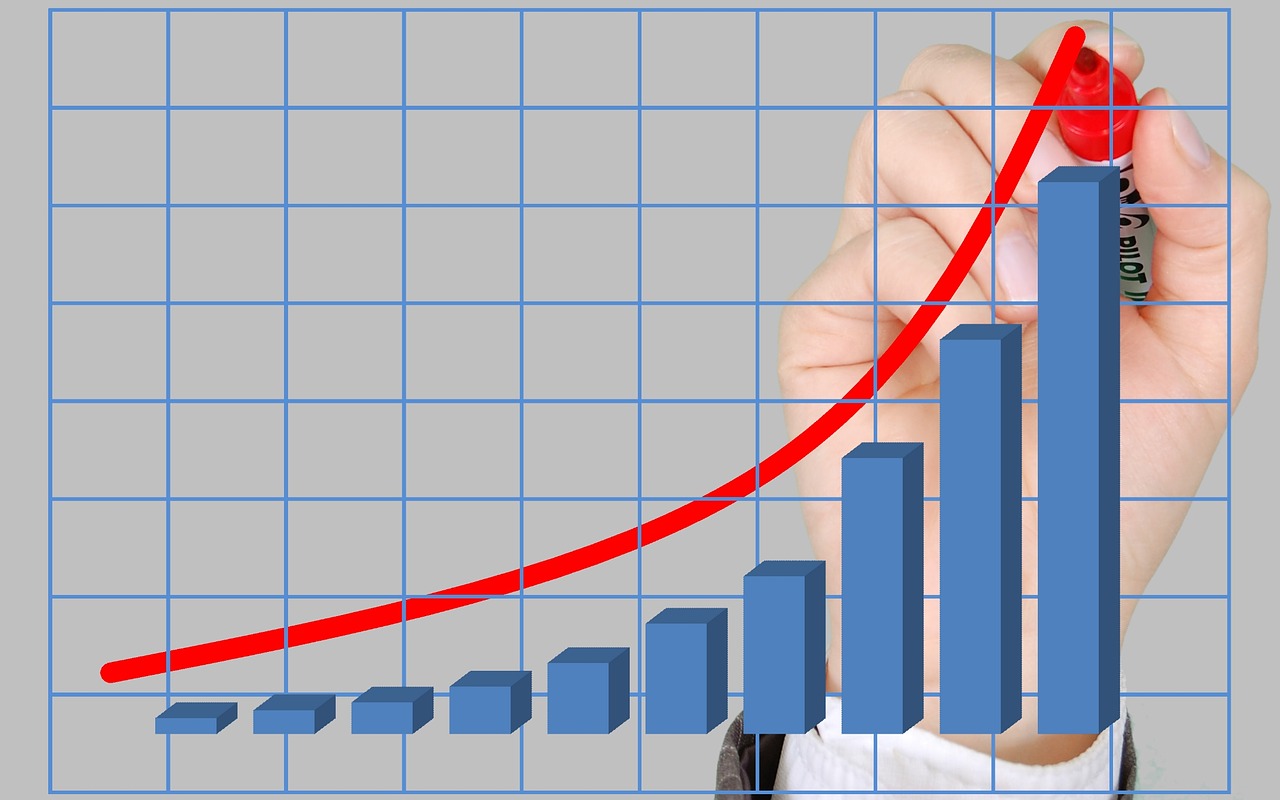 There’s a slow-motion train wreck unfolding for U.S. consumers. Inflation is on the rise — and is now hitting a four-decade high. If consumers aren’t yet feeling the full effects, they... Read More

A collection of Forbes articles on Warren Buffett from 1969 to 2005. Get The Full Series in PDF Get the entire 10-part series on Charlie Munger in PDF. Save it to... Read More