The first thing I read about investing wasn’t actually a book. It was a pamphlet that I got somewhere, 23 years ago.

The pamphlet said you should invest in bonds as well as stocks. It said bonds went up when interest rates went down, and vice versa. It didn’t go into any more detail.

Well, I did what the pamphlet said, even though I had no idea what the hell I was doing, and I wouldn’t figure out for a few more years why it was a good idea.

I suspect a lot of people don’t take that advice on diversification simply because they don’t know what the hell they are doing.

You Have to Understand Bonds

I taught finance at Coastal Carolina University for five years. Four years in the MBA program.

In the MBA program, I used to teach a course called Financial Institutions and Markets, which I loved.

After the semester, one of the students came up to me and said he expected to learn all about how to trade stocks in the class.

He thought the whole class would be about the stock market, when in fact, about 85% of the class ended up being about the bond market.

I told him, “Yeah, the stock market is quite a bit smaller, and frankly, it isn’t that important. People focus on it because stocks are easy to understand.”

He was a non-traditional student, so I’m not sure what he did with his bond knowledge. But at least there is one more financially literate person out there.

Here I’ll take a quick look at a few different types of bonds.

What Bonds Should I Buy?

The government borrows money from the public in the form of bills, notes, and bonds. For years, these bonds were considered to be “risk-free,” though you could have a much longer discussion on that now.

The interest rates on Treasury bonds are pretty much the benchmark for every other interest rate in the world, including your mortgage. They also give you a pretty good indication as to which way the economy is going—if you know how to make sense of the numbers.

Buying a Treasury bond is a pure play on the direction of interest rates. If you think interest rates are going down, you would buy Treasuries. Which is a bit ghoulish, because if interest rates go down, it is supposed to mean bad things are happening.

I think you have just figured out one reason you need bonds in your portfolio.

But corporates are considered to be riskier than the government, so their interest rates should be higher (because you should be rewarded for taking on more risk), and they generally are.

The difference between Treasury and corporate interest rates is called a spread, and trading corporate bonds is often called spread trading.

From the survey: 26% of you who are invested in bonds are holding investment grade corporate bonds, versus just 4% holding high-yield bonds. If you’re among the 26%, now is a good time to check how much of your holdings are lower-quality investment grade (BBB).

Mortgage-backed securities are pools of mortgages on residential real estate.

Your mortgage has been securitized into a pool which can be bought by investors. Your principal and interest payments are passed through the bond to the investor (MBS are frequently called pass-thrus).

Kind of the worst of both worlds. Why buy these bonds? They yield a bit more because of the prepayment option, which has to do with the refinanceability of your mortgage.

Sovereign bonds are neat because to analyze them, you generally need to analyze political risk, and you have to be up on politics in foreign countries. That’s fun, but not necessarily a great idea.

Sovereign bonds are generally treated as corporate bonds—they trade at a spread to US Treasuries.

The interest on municipal bonds is exempt from federal taxation, and sometimes state and local taxes, which makes them appealing to investors in high tax brackets. If you are in a low tax bracket, munis are generally a waste of time because the yields are so low.

Some municipalities are in terrible financial shape, which sometimes keeps people from investing in their bonds, but they rarely default, because, well, you can always raise taxes.

There are also tens of thousands of issuers and financial data is typically not available, so the market is famously murky. Also, the Puerto Rico municipal bankruptcy is working its way through the court system and might be setting some not-nice precedents for muni bond investors.

The thing that sucks about investing is that you have a full-time job where you work eight hours a day, but you have to somehow also make smart investing decisions.

The reality is that your financial education is your own responsibility, so you have to put in additional work to learn about the financial markets. And the knowledge barrier to entry with bonds is a bit higher than with stocks. There is quite a lot to learn.

I guess you could just cede control to some mook and pay the mook 1.25%. Not to demean the advisory industry, but financial advisors have a powerful incentive to get you to take as much risk as possible—clients are angriest when they underperform the market.

If the mook option doesn’t sound like a good idea to you, you have to do the work. 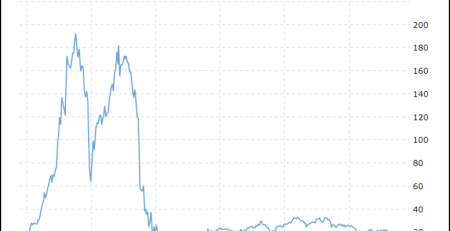 Introduction This is the second in a series of articles where I will be covering the historical performance and operating results of popular and highly recognized mREITs (mortgage REITs).  In... read more

The stock of Scotland-based temporary-power provider Aggreko plc (LON:AGK) (OTCMKTS:ARGKF) is one boat that the market’s rising tide over the past year has completely missed. FPA Funds’ Pierre Py considers... read more

A UDF "Residential Development Project Life Cycle": Where Did UDF IV Public Shareholder Money Go? by Hayman Capital Management “Only when the tide goes out do you discover who’s been... read more

BlackRock Inc.'s policy wonks did a post-mortem on the meltdown of a credit fund at Third Avenue Management LLC last year. In a report submitted to policymakers and posted online... read more