What Is A Positive That Small Cap Investors Are Overlooking? – ValueWalk Premium

What Is A Positive That Small Cap Investors Are Overlooking?

Four small-cap specialists discuss positives that investors may be overlooking.

I think investors have been over-focused about a recession coming and the headlines have confused people. What is happening is a slowdown in the rate of growth—the most normal thing in the world. We are not going into anything like recession. So I think investors are overreacting to that. Second, inflation coming down or not going up dramatically is in general, a very positive thing. So we’re having a very good combination really for stocks overall.

I think one of the, the more positive things about the market these days that investors are missing, is that if you go back five years in time, you’re entering into the period of time when zero interest rate policy and quantitative easing was kind of hitting its max moment and active managers were underperforming. And that peak moment of underperformance is going to start rolling off over the next six months to 12 months and active managers are going to start looking much better in terms of their overall performance, something the market hasn’t thought about in a long period of time.

There’s a lot of contradiction in the marketplace. The S&P 500 makes new all-time highs every day and the marketplace thinks there’s a Fed Put in case something goes wrong. So that’s one side. The other side is the Russell 2000 continues to underperform the S&P 500 while at the same time, the yield curve bounces around between flat and inverted and that typically signals a recession is coming soon. One of those is going to be wrong. We don’t know which one it is, but the positive surprise for us would be, and this is the camp that we’re in, that the recession isn’t coming soon and then the Russell ought to perform better when those worries go away.

So a positive investors are talking about is the perceived pivot by both the Fed and the ECB to greater accommodation. However, there are two different components of that accommodation. One can be lower rates, but the one that doesn’t seem to be being talked about as much is increased financial accommodation, a resumption of quantitative easing inside or outside of the U.S.

And while we’re not macro analysts and we’re not predicting that, what we can say looking historically is that if it does occur, increased financial accommodation historically has been supportive of increases in small-cap stocks. We think that positive may not be appreciated.

The United States is not the only country where credit card data theft is a major issue. On the heels of high-profile credit card security breaches at Target Corporation (NYSE:TGT)... Read More 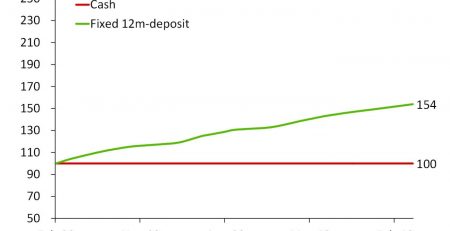 We’ve just been re-reading Michael Mauboussin’s book – The Success Equation. There’s a great passage in the book with discusses investor psychology, and some of the findings of Daniel... Read More 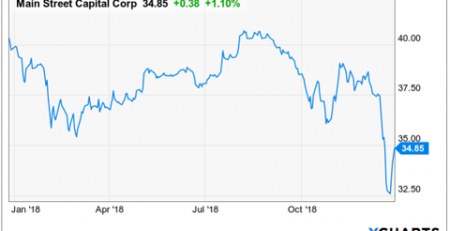