Gender equality has made significant strides since the days of Rosie the Riveter. The iconic wartime image continues to symbolize womens’ empowerment in the present—especially in politics and the workforce. 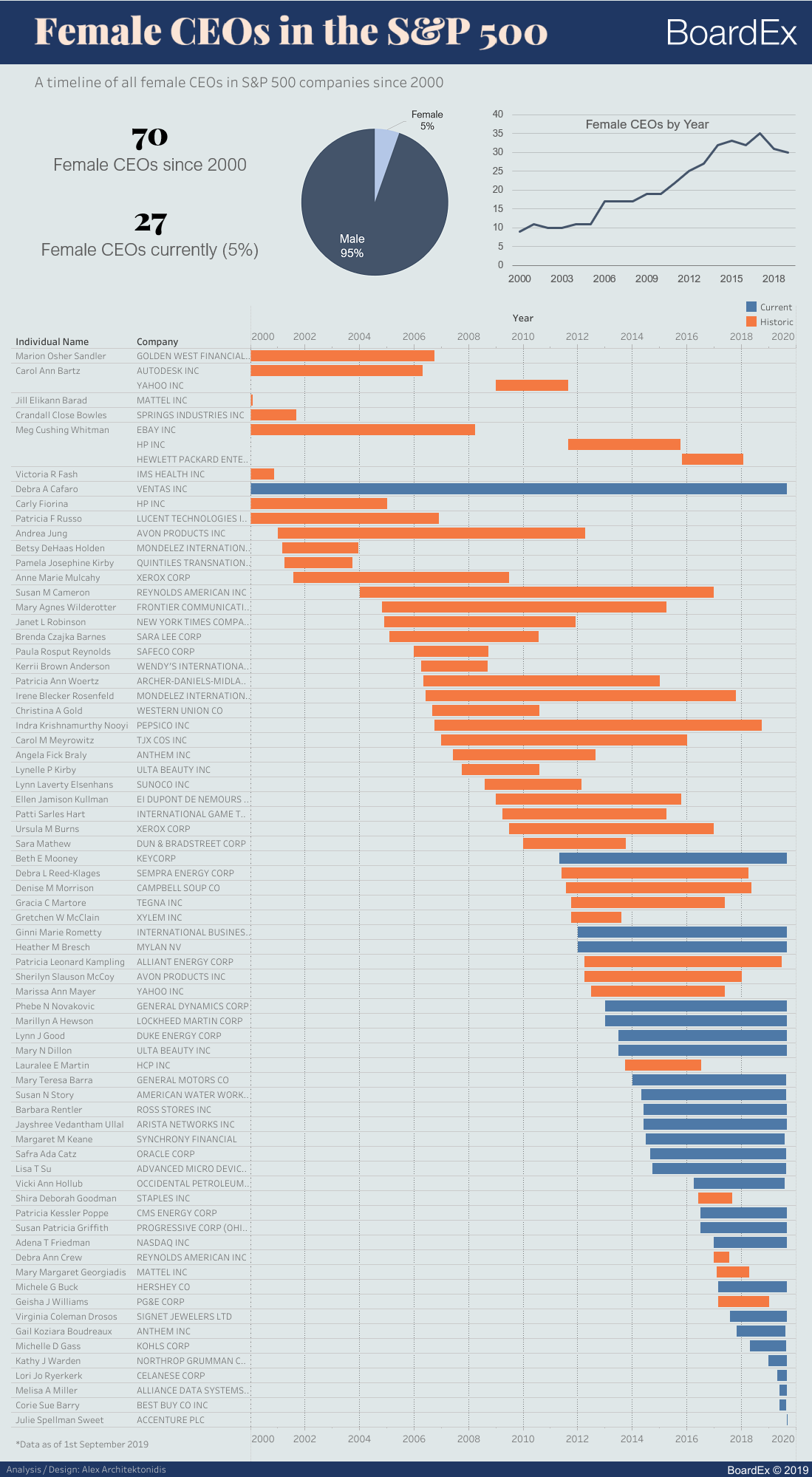 Yet, the higher and further women get in their careers, it’s clear that barriers still remain. Today’s interactive timeline comes to us from Alex Architektonidis of BoardEx, and it tracks all the women chief executive officers (CEOs) of companies listed in the S&P 500 index since the turn of the century.

The kicker? Across the 500 large-cap companies in the index, only 70 women have ever held the position of CEO or similar titles—and only 28 women currently have this status.

Which Industries Have the Most Women CEOs?

The S&P 500 covers approximately 80% of the U.S. equity market by capitalization. Since the index is fluid and regularly updated, women CEOs were selected based on whether their company was listed in the index during their tenure.

Out of all the sectors represented on the timeline, the top categories are retail with 14 women CEOs, engineering and tech with 10 women CEOs, and finance with 9 women CEOs. Food & beverage and utilities are tied with 7 women CEOs each.

Women Leading in the Corporate World

Topping the list is Marion Osher Sandler, the first and longest-serving woman CEO in the United States. She held the title for nearly 27 years at Golden West Financial Corp (from 1980 to 2006), a company she co-founded and grew to $125 billion in assets.

The next person in line for the longest female-led CEO term is Debra A Cafaro, from the healthcare-focused real estate investment trust Ventas Inc. Cafaro has been CEO of Ventas for 20 years, and generated a cumulative total return of 2,559% since 1999—the S&P average for returns over the same time period was only 215%.

However, Carol Ann Bartz also has an impressive CV, with nearly 17 years as a CEO under her belt. Bartz was the Chairman/President/CEO of the software corporation Autodesk from 1992–2006, and later on at Yahoo from 2009 to 2011.

The most recent addition to this list is Julie Spellman Sweet, who became the CEO of Accenture on September 1st. She was previously the CEO of Accenture’s North American division, and has been crowned on Fortune’s “Most Powerful Women” list from 2016–2018 consecutively. Sweet’s appointment aligns well with Accenture’s corporate diversity targets—the company is aiming for 25% women in managing director roles globally by 2020.

There’s More Work To Be Done

There’s a growing body of evidence that corporate diversity improves a company’s financial bottom line. A recent CNBC analysis shows that in 2019, over half of female CEOs led their company’s stocks to outperform the S&P 500 index, with some even showing quadruple-digit percentage returns (as previously mentioned with Ventas).

Despite womens’ contributions to nearly half the labor force and consistent success as CEOs, they are disproportionately represented higher up the ladder. Women CEOs still lead a meager 5.6% of S&P 500 companies overall—in fact, women CEO appointments are actually slowing down, averaging less than 6% since 2015.

Such stunted growth is setting back equality at the C-suite level drastically. A joint report between the non-profit Lean In and the consulting firm McKinsey & Co. offers some insight into the reasons underlying this disparity:

Since 2015… corporate America has made almost no progress in improving women’s representation. From the outset, fewer women than men are hired at the entry level. And at every subsequent step, the representation of women further declines.

Robert Deaton on the Value of Patience read more 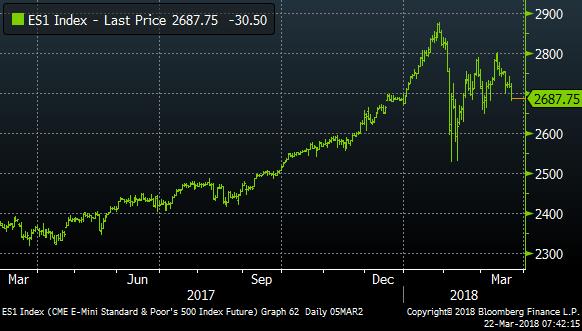 Last weekend, reports emerged that China was considering a ban on hedge funds and other investment vehicles, as part of its strategy to reduce market volatility. And while these reports... read more