Einhorn Backed Value Fund Lost Big on This Utah Based Short Due To Disclosure Timing; Warns Of Market Crash As Bernie, Warren Soar In Polls

Mangrove Partners was up 3.2% for August with most of the gains coming from its short book and some coming from "rate-of-return oriented investments." The fund had a gross exposure of 224% and a net exposure of 24% at the end of the month.

Mangrove's Nathaniel August said in his letter to investors covering August, which was reviewed by ValueWalk, that the fund's long positions and hedges both brought losses. In particular, the Mangrove team remains frustrated on the continuing losses from their positions in energy.

Citi affirmed its buy rating on The Blackstone Group L.P. (NYSE:BX) as its analysts are enthused by its underlying business momentum and better realization prospects. William R. Katz and team at... Read More

JPMorgan CAZENOVE analysts for Equity Quant Strategy (Europe), Marco Dion, Viquar Shaikh and Angelo Pessaris have put together a review of the global Quant landscape for Summer 2013 based... Read More 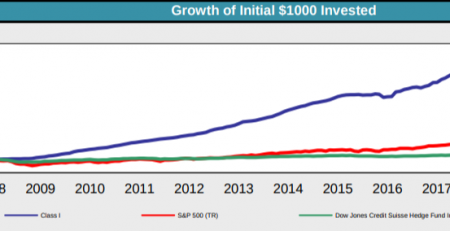 Deer Park Road's flagship STS Master Fund has one of the best track records in the hedge fund space. The $2bn has produced a positive return for investors every... Read More

Hedge funds are allowed to advertise for investors under the JOBS Act, but none of the new US hedge funds in a recent Seward & Kissel LLP study actually... Read More

Deutsche Bank AG (ETR:DBK) (FRA:DBK) (NYSE:DB) posted a loss this morning for the last three months of 2012. In the wake of that report, we take a look at... Read More