Here’s A Really Unique Way To Own Gold

Last week we dove into a series about different ways to own gold. And I explained in that first article why it’s a great idea to own physical bullion– gold you can hold in your hand.

With physical gold, there’s no middleman standing between you and your wealth. And when properly stored, it’s very difficult for some frivolous creditor or out-of-control government agency to steal it.

When it comes to physical gold, I explained that I prefer gold coins over gold bars.

Gold bars are completely non-uniform. A typical 400-ounce gold bar (like the ones you see in the movies, or that you imagine are stacked up in Fort Knox) could weigh as little as 350 ounces, or as much as 430 ounces. They’re all different.

On the other hand, 1-ounce Canadian Gold Maple Leaf coins are generally all the same. They’re uniform… minted and crafted to the exact same standard.

The uniformity of gold coins like the Canadian Maple Leaf makes them much easier to buy/sell.

Now, there’s one special sub-category of gold and silver coins that are worth mentioning: collectible coins.

Collectible coins, just like Canadian Maple Leaf coins, have value because of their gold or silver content.

But collectibles also have additional value for their rarity.

Whereas the Royal Mint of Canada produces new Maple Leaf coins every single year, no one can go back in time to mint more Venetian gold ducats from the 14th century. There’s only a fixed number of those coins in existence.

Because of that, collectible coins sell for a significant premium to the value of their gold or silver content.

This concept of ‘premium’ is an important one: ALL coins, whether a rare coin or a bullion coin like a Canadian Maple Leaf, generally sell for an additional amount above the gold price.

That’s because, unlike a gold bar which is simply poured into a cast (and rather unevenly at that), a coin has a lot of craftsmanship that goes into the minting process. It’s more expensive to produce, therefore it costs a bit more.

But that $20 premium isn’t a sunk cost; if you ever sell your coin, your coin will be worth whatever the spot price of gold is in the future, plus the premium. So you’ll recoup the $20 down the road.

(In fact, in times of high demand for gold coins, premiums can increase significantly, so you could actually make even more money if you ever sell.)

With rare coins, however, premiums are MUCH higher. Remember, you’re not only paying for the gold/silver content in the coin, you’re also paying for its rarity.

That premium with rare coins could be hundreds, thousands, tens of thousands, or more.

A gold ducat from that era contained 3.545 grams of almost pure gold. And based on the current gold price, there’s approximately $175 worth of gold in that coin… meaning that the coin’s rarity is worth $825. That’s the premium.

(If $825 sounds high, there are some rare coins which command premiums in excess of hundreds of thousands of dollars.)

One important point to remember about collectibles is that, unlike bullion coins, rare coins are not all equal.

But there can be a significant price difference between a ‘Buffalo Nickel’ from 1913 and a Buffalo Nickel 1918. Prices vary based on the rarity from that particular year and model.

There can even be significant price differences between two of the same rare coins from the same year, depending on their condition.

There are coin grading systems, like PCGS, which rate coins on a standardized scale; so an “MS-66” rating means the coin has fewer scuffs and blemishes (and is hence worth more) than a “MS-64” rating.

It’s clear that investing in rare coins takes a lot more education and research than buying a standard bullion coin like a Canadian Maple Leaf. So I’d definitely recommend that you NOT go out and start buying ancient Roman solidus coins or medieval Dutch guilders unless you really know what you’re doing.

But if you want to get your feet wet, there are some rare coins that offer solid value compared to the typical premiums they sell for. The $20 Saint-Gaudens “double eagle” is a great example.

In the past $20 Saint-Gaudens double eagle has sold at a premium of hundreds of dollars above the spot price of gold.

Today, however, the premium is quite low– I’ve seen these coins selling for premiums of less than $50 above the price of gold.

That’s almost as cheap as a Canadian gold Maple Leaf coin, but with the added benefit of owning a coin that’s rare. Again, no one can go back in time to the early 20th century and make more of these coins.

So it’s possible that, in a few years, we could not only see a MUCH higher gold price, but MUCH higher premiums for the Double Eagle. So you could make money both ways.

Behavioral Finance: The Ten Commandments of Investing by Daniel Crosby, Slide Share Behavioral finance has taught us that investor behavior is at least important as the investment vehicle you choose.... read more

Is the financial crisis really over? Are we in danger of another one? In a recent speech, Hank Paulson, the Secretary of the Treasury during the crisis said yes,... read more

Gold miners had a rough 2012, but 2013 looks to be a better one for the sector, which should make investor John Paulson happy. Last year, gold rose approximately... read more 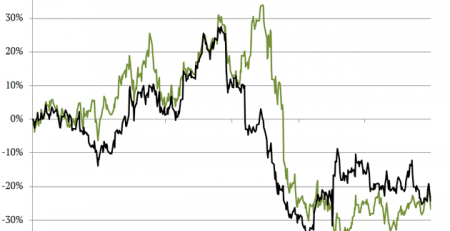 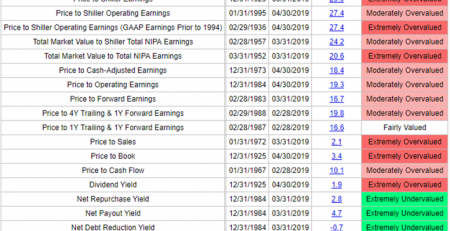 To refresh your memory, it outlines the biggest SEC changes and adjustments funds will need to make going into 2016, including: Cybersecurity Risk Alerts, issued throughout 2015, but the Cybersecurity... read more

Data from CFTC shows that investors took the week ending on June 4 to reduce their crowded bets in financial futures. One of the most significant reversals was seen... read more