The Business Roundtable, an association that counts among its members the CEOs of some of the largest public companies in America, announced this week a fundamental change in its new definition of the purpose of a corporation.

Mainstream media genuflected. Milton Friedman rolled over in his grave.

The Nobel prize-winning economist and best-selling author helped to create the predominant view that the purpose of a corporation, particularly a large, publicly-traded one, is to increase its profits. To quote Friedman:

There is one and only one social responsibility of business – to use its resources and engage in activities designed to increase its profits so long as it stays within the rules of the game, which is to say, engages in open and free competition without deception or fraud.

In fact, the overriding tenet of corporate finance, present in every college textbook, states that the role of the finance manager is to increase shareholder value.

Not according to this enlightened group. By their progressive definition, a corporation is not to independently pursue profit, but rather, pursue profit congruous with social good.

RELATED: “Should Corporations Consider Any ‘Stakeholders’ Other Than Shareholders?”

It’s as if the pursuit of profit is somehow immoral, the aim of increasing shareholder value doesn’t require the care of customers, employees, and suppliers, and our free market system hasn’t produced more prosperity for more people than any other economic system in the history of humankind.

So who decides the definition of social responsibility? What metrics determine if C Suite execs have achieved annual goals? Profits be damned, we reduced our carbon footprint by 2 percent, we saved four polar bears, and we made the world a better place for our kids by .0002 percent last year.

We can only imagine the squishy, subjective claims of success these modern CEOs will announce.

In his monumental essay in The New York Times on September 13, 1970, Friedman said,

The discussions of the “social responsibilities of business” are notable for their analytical looseness and lack of rigor.

There is also the distinct possibility that the CEOs who endorsed this modern corporate “manifesto,” which includes 181 of the 188 members of the Business Roundtable, were trying to appease the current wave of progressive political voices.

Or a less cynical view might be that it was an attempt to seek relief or approval from the activist investors who constantly agitate public companies through shareholder meeting protests and the like. Both groups have grown more and more hostile to capitalism. If the latter is true, corporate groupthink is worse than we thought. You know what they say: if you give a mouse a cookie, he’ll soon want a glass of milk.

We have seen this experiment into corporate social activism—let’s just call it what it is—with devastating effects on corporate reputation and shareholder value. Starbucks under Schultz, Target Corp., Dick’s Sporting Goods, IBM, Disney’s ESPN, Kellogg’s, etc. The results have been a punishing lesson about mixing non-corporate ideas with P&L statements almost immediately remedied upon backtracking their social initiatives.

In his essay, Freidman’s words were prescient.

This short-sightedness is exemplified in speeches by businessmen on social responsibility. This may gain them kudos in the short run. But it helps to strengthen the already too prevalent view that the pursuit of profits is wicked and immoral and must be curbed and controlled by external forces. Once this view is adopted, the external forces that curb the market will not be the social consciences, however highly developed, of the pontificating executives; it will be the iron fist of government bureaucrats.

Abandoning a 50-year-old view on the purpose of a corporation also undermines the belief in markets themselves. On this issue, Professor Friedman offered this dire warning:

[T]he doctrine of “social responsibility” involves the acceptance of the socialist view that political mechanisms, not market mechanisms, are the appropriate way to determine the allocation of scarce resources to alternative uses.

A simple review of the 20th century should convince us all that’s not a road we want to travel.

The Free Market’s Impact on Shareholders

Thankfully, a handful of leaders has rebuked the Business Roundtable. The Council of Institutional Investors was one such group. “There’s no mechanism of accountability to anyone else,” said Ken Bertsch, the council’s leader. “This is CEOs who like to be in control and don’t like to be subject to the market demands.”

RELATED: “Should Corporations Consider Any ‘Stakeholders’ Other Than Shareholders?”

In The Wall Street Journal, Michael Bordo, a Rutgers University economics professor and former student of Dr. Friedman, said the Business Roundtable’s new stance would have corporate executives behave like regulators. “That’s not what business is; that’s what government is,” he said. “I still think Friedman was right.”

However, there is one voice conspicuously absent in the dissent. Where are the independent board members? After all, the CEOs are employees who work at the direction of directors and shareholders.

The resources these CEOs propose to spend in the pursuit of social good are not their own. Those resources are capital invested by shareholders; not by the growing category of “stakeholders” these modern CEOs seem so intent on pleasing.

It is the fiduciary responsibility of the directors to protect such assets… and maybe even the entire free market system, too.

Jon L. Pritchett is president and CEO of the Mississippi Center for Public Policy, the state’s non-partisan, free-market think tank. Prior to his work in public policy, he worked as an investment banker, executive, and entrepreneur over a 28-year career in private business.

See's Candies Case Study Prepared by John Chew via CSInvesting This case is compiled from various sources and, though repetitive, there are important lessons in this case. This case along... read more

Chapter five of A Fistful Of Valuations In The Style Of Warren Buffett & Charlie Munger by Bud Labitan Get The Full Warren Buffett Series in PDF Get the entire 10-part... read more

Seth Klarman's Baupost Group added positions in energy, biotech, and telecoms during the second quarter while reducing its exposure to key energy stocks, according to a 13F filing. It is... read more 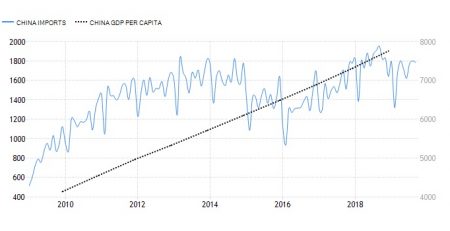 Fernando Ferreira and Joseph Gyourko The Wharton School University of Pennsylvania and NBER Abstract Utilizing new panel micro data on the ownership sequences of all types of borrowers from 1997-2012 leads to a... read more