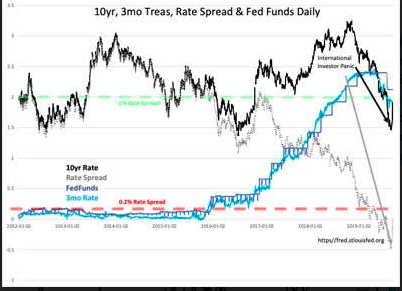 A rate cut from the Fed is widely expected. Many believe the US has entered a recession and that rate action by the Fed is required. History suggests no cut!.

The first observation one can make is that the Fed’s history of rate actions lags the market rate of T-Bills. There is a long-term misperception by investors that the Fed controls rates when history does not support this thinking. Fed actions on the Fed Funds rate for many decades typically follows the market rate for T-Bills with a lag of several weeks. The Fed’s history has been to keep the Fed Funds rate higher than the T-Bill rates. Chair Powell has proven to be an exception by letting Fed Funds lag below T-Bills during his tenure thus far and catching up with 0.25% hikes when the Fed Funds lagged  T-Bills by that amount. To cut Fed Funds today with T-Bills at 1.90% would require a Fed Funds rate of 1.88%, i.e. a rate just below T-Bills. Even though 0.02% may seem like a very small difference, it would require a philosophical shift for the Fed to price Fed Funds below T-Bills. In my opinion, this is a shift too far and not likely especially with economic trends signaling continued record expansion. 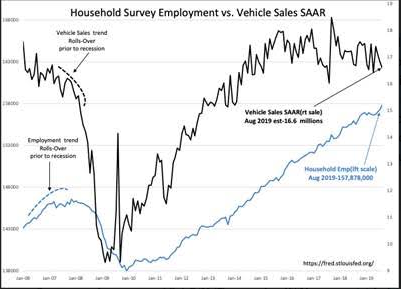 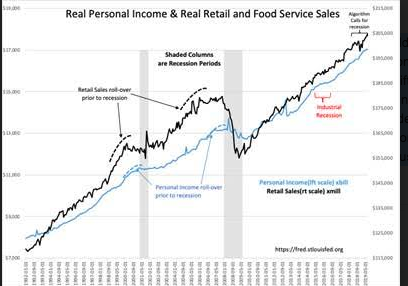 Economic data recently reported indicates that vehicle sales are holding at decent levels as Employment, Retail Sales and Personal Income continue to trend uninterrupted from 2009. This is the longest economic expansion recorded with no signs of slowing. The Fed sees this data. The Fed is well aware that market psychology shifts do not shift economic trends. There have been several severe periods of pessimism since 2009 without economic impact. Chair Powell is being tested by short-term traders to act. He has expressed reluctance to act in the face of short-term panics with actions which were not prudent with long-term economic trends. In my opinion, his decision will have to weigh what he perceives is his responsibility to the perceptions of markets vs. the Fed’s historic actions in response to economic activity longer-term. The best guess leans towards no rate cut because economic activity remains strong and cutting Fed Funds rates below T-Bills is something the Fed has never done. 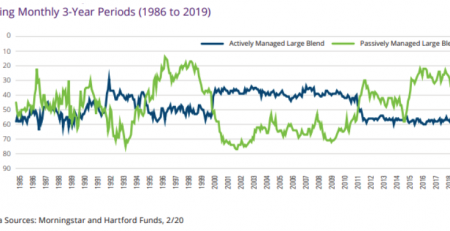 The Dawn Of A New Active-Equity Era