Royal Dutch Shell (RDS.B) has a consistent history of paying dividends despite swings in oil and gas prices. The company has successfully used balance sheet and cost containment to sustain dividends during difficult times. This article provides a background on the company, analyzes its cash flow generation, dividend potential and finally concludes with our opinion on whether investors should add exposure to the company.

*Note: This report was originally released to members on September 6th.*

Royal Dutch Shell plc is engaged in exploration, production, refining and marketing of oil and natural gas. The company is one of the largest oil & gas companies globally producing 3.7 million barrels of oil equivalent per day. The company conducts exploration in both conventional fields as well as sources such as tight rock, shale and coal formations. It operates primarily through three business segments:

The company’s production profile both by type and region is highly diversified further reducing the company’s cash flow risks. The company’s exposure to gas assets saw a significant uptick after the company’s acquisition of British Gas in 2015 for $52 billion.

Why the two share classes A & B? Which one should I own?

The company has dual share classes, A & B. While voting rights and gross dividends paid to the holders of both the share classes are exactly the same, the net dividends in the hands of investors will differ for US investors due to Netherland withholding tax rate of 15%. Essentially, ‘A’ shares are listed in the Netherlands and ‘B’ shares trade in the UK. Due to the tax disadvantaged status of ‘A’ shares, the ADRs of A shares in the US have historically traded at a discount to B shares but as evident in the chart below this spread between A and B shares have narrowed considerably in 2019 as the company’s share repurchase activity is primarily targeting A shares which puts upward pressure on the class of shares.

Below we quantify the impact of spread and withholding tax associated with the dual classes. The reduced spread between RDS.A and RDS.B leads to much higher dividend income potential for holders of the ‘B’ class as well as a one-time potential capital gain of 1% if the above spread were to revert to normal levels. 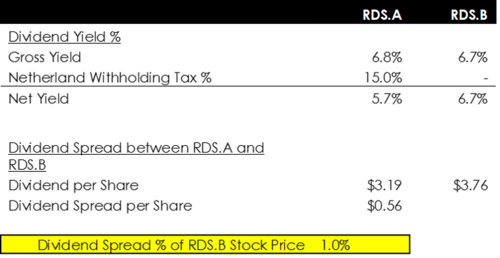 Despite realized oil prices in 2018 being significantly below 2014, the company’s cash flow from operations during the year surpassed 2014 levels. The improved cash flow generation resulted from a 38% reduction in the cost of production on a per barrel basis as well as production going up 20% primarily due to the company’s acquisition of British Gas as well as internal projects. Meanwhile, the company’s downstream business has largely remained stable. Going forward, the company is working on reducing its breakeven level further in its upstream business to $30 per barrel of oil and $5 per MMBtu of gas. 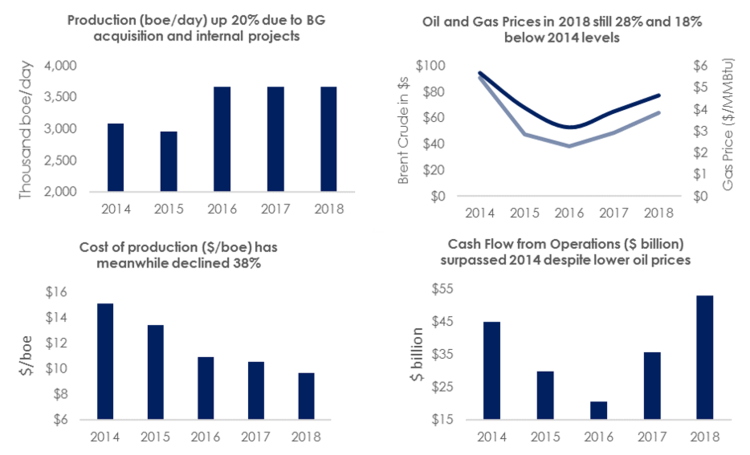 Company to generate significant cash in the medium term

RDS has guided to a run-rate of $28-$33 billion in organic free cash flow by end of 2020 assuming average Brent price of $60 per barrel which is similar to the cash flow generation in 2018 despite the drop in oil prices as a result of contribution from new production assets. Further, as can be seen in the table below, the company is likely to generate enough cash flow during 2019-21 to de-lever the balance sheet, buyback stock as well as to continue to pay dividend at the 2018 run rate.

“In the period 2016 to end-2020, we expect to distribute more than $90 billion including the $25 billion share buyback programme currently under way. Looking to the 2021 to end-2025 period, we expect to have a cash potential of $125 billion or more to be available to distribute to shareholders over the period. That is half of the market cap of Shell. We are fully committed to our current dividend per share and we expect any dividend growth to be resilient.” -Ben Van Beurden, CEO, Royal Dutch Shell at 2019 June Management day

RDS’ dividend yield spiked in 2015-16 following collapse in oil prices as investors shunned the oil and gas space and questioned sustainability of dividends. As company’s free cash flows improved following recovery in oil prices in 2017-18 as well as capex cuts, the stock sentiment improved and dividend yield declined. Recently, the dividend yield has climbed up again to attractive levels following oil price volatility in the back half of 2018 and 2019 so far.

Regardless of how the company operates, lower oil and gas prices will have a negative impact on the company’s cash flows and investor sentiment. Having said that, it is important to note that the company has a remarkably consistent history of maintaining and growing dividends across oil & gas cycles. As can be seen from the chart below, the company’s dividend history has not at all mirrored volatility in oil prices. The company achieves this by levering the balance sheet during difficult times to maintain dividend and delivering during better times to reinstate the dividend buffer.

The company’s plans to return cash flow to shareholders also rely on its ability to prune its portfolio of assets by $20 billion overtime. A macro slowdown that leads to drying up of capital or reduced valuation will have a negative impact on the divesture activity at the company.

Royal Dutch Shell’s ‘B’ shares, at a 6.7% dividend yield, present an attractive risk-reward for income-oriented investors. We've ranked RDS.B shares #4 on our list of Top 5 Big Safe Yield in the Energy sector (ahead of our BP options trade at #5) because the company has consistently grown dividends to shareholders despite the swings associated with oil and gas prices via a focus on improving efficiencies, asset portfolio and careful use of leverage. We expect the company to continue returning cash to shareholders in the form of dividends and buybacks in the near to medium term. 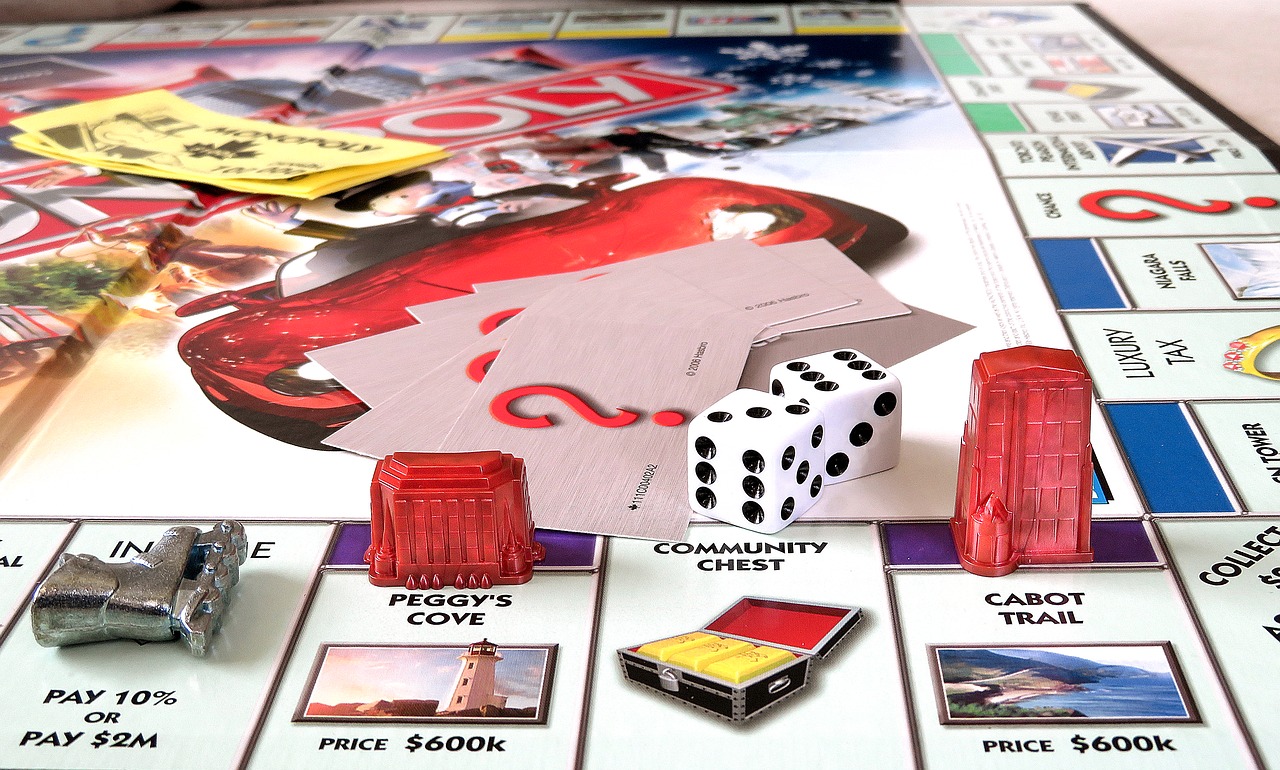 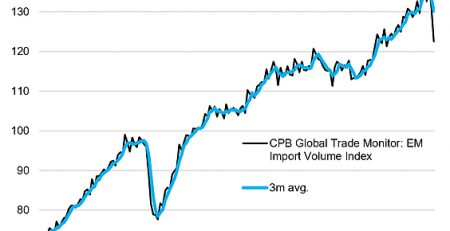