EAFE Equities: Can they Ever Work Again? – ValueWalk Premium 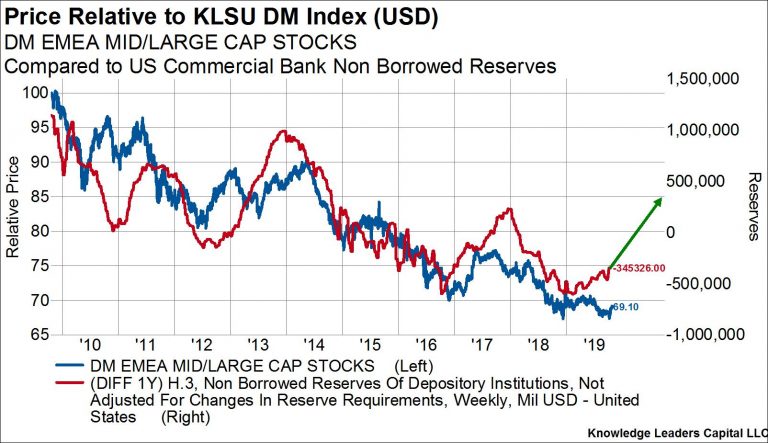 EAFE stocks, those in the developed Europe and Asia regions, have underperformed US stocks in eight of the last eleven years. That batting average might be decent if you are a professional baseball player, but not so much if you are a professional investor. What’s even worse is that in two of the years in which EAFE stocks actually did outperform US stocks, the outperformance was so negligible as to not be of much consequence to one’s performance numbers: akin to the eighth batter in the rotation hitting a single with two outs and the pitcher up to bat next. With this poor track record, is it possible that EAFE stocks as a group could ever work again or are the next ten years doomed for more of the same? 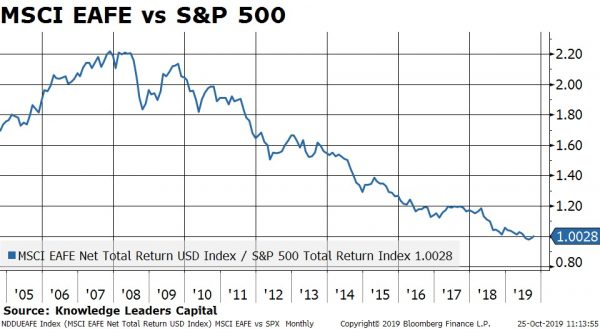 Luckily for the EAFE group, some of the important fundamentals may be finally coming around. For example, the relative PE ratio between EAFE and the S&P 500 is now basically at the lowest level it’s been in a decade. This indicates that those EAFE stocks may finally have discounted enough bad news to have built in a sufficient margin of error for investors to take another look. 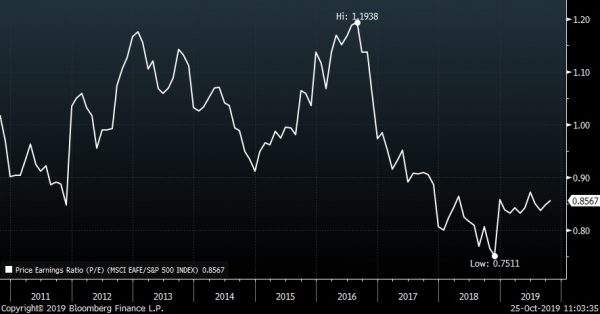 Furthermore, the liquidity spigots are back on thanks to the Fed and to a lesser extent the ECB. The Fed’s recently announced “Not QE” program is designed to cause commercial bank reserves to explode higher over the next six months. Regardless of what you call the program and whether it’s QE or not, the fact that bank reserves will be moving significantly higher has implications for the relative performance of foreign stocks. In this case, the extra liquidity created by the central banks is likely support liquidity sensitive assets like EAFE equities. As readers can see in the two charts below, the relative performance of both European and Asian developed market equities (plotted in blue) is strongly correlated with changes in bank reserves (plotted in red). 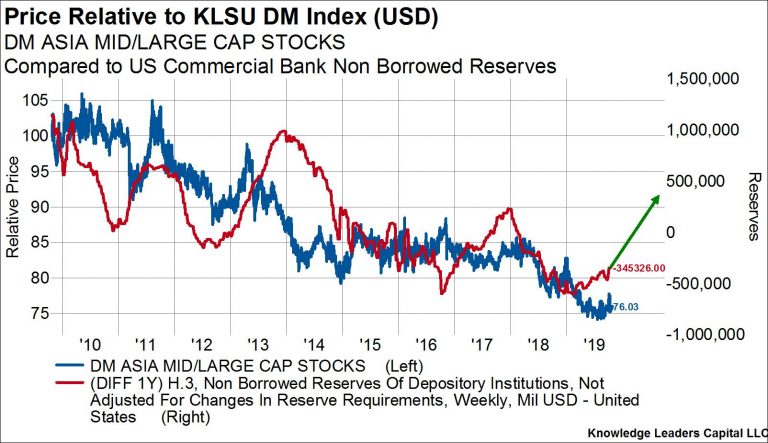 NOTE this is not on Leucadia's website so its a gem enjoy! Letter from the Chairman And President: In 2013, Leucadia reported $97 million in after tax income on $1.57 per... Read More

Question: According to many market commentators, value investing doesn’t work the way it used to, and some tout statistics that growth has outperformed value over the last decade. How... Read More

China needs to transform its economy from one driven by exports and capital-intensive industries to one that is driven by market forces, consumption, services and innovative private enterprises, believes... Read More

The credit risk profile of the U.S. corporate sector is well past its 2012 peak and is slowly but steadily deteriorating as the current business cycle enters its later... Read More

In the pas weeks, David Einhorn had been all over the news. We covered the news, but thought some of his old speeches/ideas before he was super famous would be... Read More