For more than a year, I’ve been strongly encouraging readers to consider buying gold.

In fact, almost exactly one year ago to the day, I wrote that gold was cheap relative to just about every other asset class in the world.

Since then, gold has been one of the best performing investments in the world.

Over the last 12 months, the price of gold is up 21.1%, handily outperforming everything from the S&P 500 index in the US to stock markets in China, Europe, and Canada, plus bonds, real estate, and even major commodities like oil.

Gold has even outpaced the stock prices of many of the world’s most popular tech investments like Netflix, Tesla, Amazon, etc.

(One of the more interesting exceptions has been Bitcoin, which has more than doubled in value over the last 12 months. We’ll talk about that another time.)

But while gold’s investment performance has been great, I want to tell you today why that doesn’t matter one bit to me.

According to data published by the World Gold Council (WGC), in the last quarter alone, both retail investors and a number of large hedge funds have been piling into gold.

That’s certainly been one factor driving prices higher. But to be frank, that sort of demand is extremely fickle.

The WGC data show that most small investors are buying into gold ETFs (which as I’ve explained previously is probably the dumbest way to own gold.)

Hedge fund managers won’t hesitate to sell either, especially if they need to boost their quarterly returns.

The real demand that’s worth watching comes from foreign governments and central banks– institutions with such a heavy appetite that they buy gold by the metric ton.

Poland doubled its gold reserves last year. And China has been gobbling up not only gold, but gold miners too.

It’s critical to understand that foreign governments and central banks tend to be buyers of gold. They’re rarely sellers.

In fact up until very recently, there was even an agreement among some of the world’s largest central banks to not sell their gold in order to ensure price stability.

And according to freshly-minted international banking regulations, gold is now considered to be a “zero-risk asset” for central banks and large financial institutions.

This is important– because a number of central banks and foreign governments are really looking for alternatives to diversify away from the US dollars.

Right now the US dollar is still the world’s most popular ‘reserve’ asset… meaning that just about every foreign government, central bank, and large commercial bank on the planet holds US dollars.

China alone has TRILLIONS of US dollars in reserve.

But for the past 20 years or so, the US government has increasingly used its currency, economy, and financial system as a weapon to threaten foreign countries.

If you cross the US government, you’re threatened with sanctions, tariffs, and all sorts of financial penalties.

Think about it– with so many problems and disputes looming, why would a country like China continue accumulating US dollar reserves? It doesn’t make any sense.

And that’s why so many countries are starting to stockpile gold instead. It’s the best alternative to US dollars, and they’re buying up as much as they can.

These foreign governments and central banks do tend to report their gold purchases. But it would be remarkably naive for us to assume they’re giving us the full story.

Why would China willingly tell the world precisely how much gold they’re accumulating? There is absolutely no benefit for them to be transparent. So the real numbers could be far, far greater than what the official statistics say.

Individual investors and even big hedge funds will come and go. But foreign governments and central banks are very likely to continue hedging against the US dollar… and gold is literally the ONLY sensible alternative right now.

This is definitely going to have a positive impact on the gold price. But it doesn’t guarantee higher gold prices over the next year or two.

Roughly half of all gold demand comes from industry (primarily tech manufacturing) and jewelry. And both of these will take a big hit in the next global recession… which could cause the gold price to fall.

And that’s the point I want to convey today. Yes, it’s possible to make money with gold. But frankly there are far more lucrative potential speculations out there, including gold miners.

If you bought gold today and the price soared to $3,000, you’d double your money.

But if you bought shares in a gold exploration company that discovers a huge gold deposit, your shares could increase in value by 2,000%.

The decision to own gold should never be about the investment gain. Gold is a hedge against  uncertainties and risks. And there are a lot of those in the world.

We gladly buy insurance policies to protect our homes, cars, boats, and businesses against various risks.

This is a great way to think about gold– it’s like a private, fully redeemable insurance policy with steady cash value and zero counterparty risk.

And when combined with a properly structured retirement plan, it can be very tax efficient. 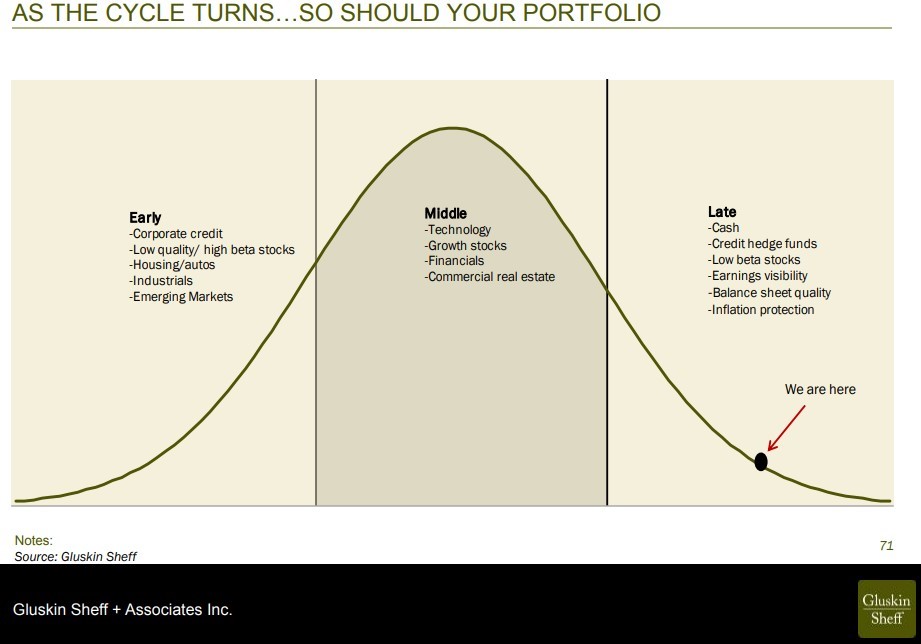 “There are two bubbles: We have a stock market bubble and we have a bond market bubble… What’s behind the bubble?  Well, the fact is that essentially we’re beginning to... Read More

Advisor Perspectives welcomes guest contributions. The views presented here do not necessarily represent those of Advisor Perspectives. This article originally appeared on ETF.COM here. Get Our Icahn eBook! Get our entire 10-part... Read More