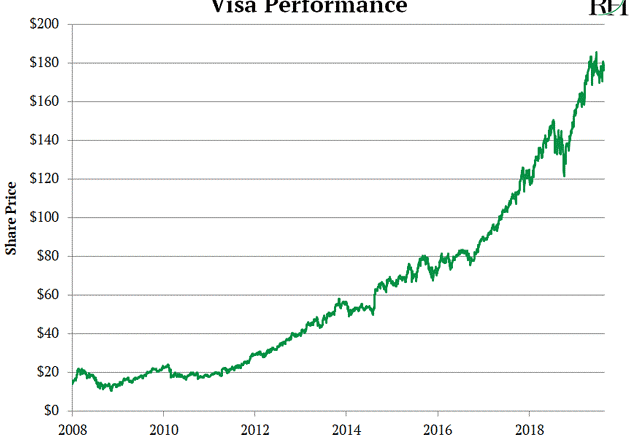 Remember all the anxiety, nervousness, and terror in 2008? The stock market was crashing, but that was the least of many folks’ worries. Many Americans lost their houses, their jobs, and their ability to put food on the table.

Just before Christmas 2007, iconic investment bank Bear Sterns made history. It wasn’t the good kind of history. Bear, which had survived the Great Depression, reported its first loss in 80 years.

Its stock went into free fall, plummeting from $90 to $30. The bloodbath was just beginning.

Within a Few Months, Bear Stock Would Plunge Below $5 Per Share

Its collapse threatened the American financial system. JPMorgan Chase (JPM) rushed to save Bear Sterns. On March 16, 2008, it bought what was left of Bear for just $2 per share.

Keep in mind, Bear traded for over $150 just a year earlier. Anyone holding its stock was wiped out. Then in September, Lehman Brothers—another legendary Wall Street bank—declared the biggest bankruptcy in US history.

Panic gripped the market. The S&P 500 plummeted 44% in six months. Many investors remember the sickening feeling like it was yesterday.

Why Remind You of These Dark Days?

We all lived through 2008. Dozens of books have been written about the financial crisis. Filmmakers have told the story from every angle. Hollywood produced great movies like The Big Short and Margin Call.

But there’s an incredible story from 2008 that few people know. I’m not talking about the few clever investors who made a killing during the financial crisis. Hedge fund managers like John Paulson and Dr. Michael Burry made fortunes betting on the collapse of the housing market.

Those stories make for good entertainment, but let’s be real, 99.999% of people didn’t make a penny in 2008. Most individual investors were lucky not to lose half their portfolio. But you could have made a fortune buying one of the world’s biggest financial companies during 2008.

Visa (V) Is the Biggest Credit Card Company in the World

Visa’s been around since the ‘50s. You probably see its logo every time you open your wallet. What most people don’t know is Visa went public during the darkest days of the 2008 financial crisis. Visa held its initial public offering (IPO) on March 19, 2008.

Talk about bad timing. Bear Stearns had been sold for pennies three days earlier. Lehman Brothers was sliding toward bankruptcy and would shut its doors just six months later. The stock market was racing towards its worst crash in 20 years. And the S&P 500 had already plummeted 17% in six months leading up to Visa’s IPO.

And let’s not forget, this was the financial crisis, and Visa is a financial stock. It’s no exaggeration to say Visa chose the worst possible time in the past 90 years to go public.

Did the CEO Regret It?

Against all odds, Visa pulled off a massively successful IPO. It raised $17.9 billion, making it the biggest IPO in US history at that point. Visa’s stock surged 28% on its first day of trading. 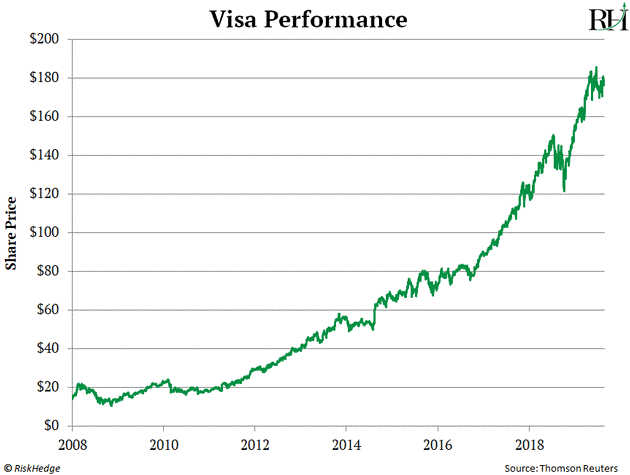 The S&P 500 is up just 137% over the same period. So, Visa’s crushed “the market” by more than seven-fold since its IPO. If you had the stomach to buy Visa in 2008, you could’ve made a killing while everyone else was losing their shirts.

What Was Visa’s Secret?

Visa had no direct exposure to the 2008 “credit crisis.” Unlike banks and mortgage lenders, Visa didn’t take extreme risks in the mid-2000s. Its business was never really threatened by the financial “house of cards” that crumbled in 2008.

But if you’ve been following my essays, you know IPOs often “take on a life of their own.” Typically, when markets crash, most stocks get dragged down. Even stocks that have nothing to do with the core crisis are often hammered.

IPOs are different. Because they’re brand new stocks, they often buck the market like few other stocks can.

Visa Wasn’t the Only Moneymaker That Went Public in 2008 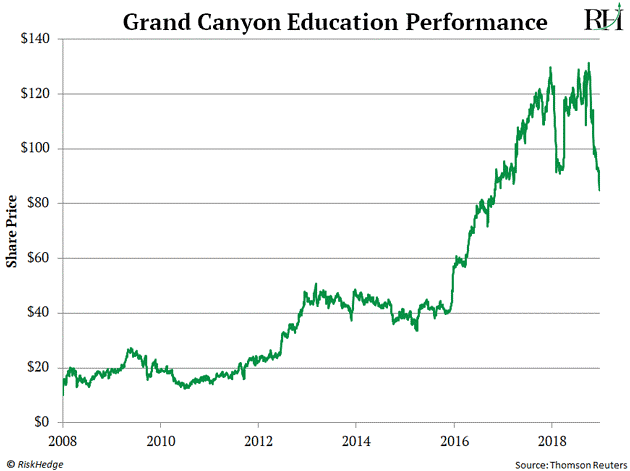 What Do I Do with This Information?

If you take one thing from this essay, it should be that the right IPOs can deliver huge returns during any kind of market. Most folks don’t realize this. They think IPOs are a “bull market only” play.

And a lot of folks think the current bull market in stocks is on its last legs. I get it. The S&P 500 hit new all-time highs last week. And record high stock prices feel dangerous.

A century’s worth of data proves that record highs are nothing to fear. Still, many investors just don’t feel good about buying stocks at all-time highs. It feels financially irresponsible.

My suggestion: aim to own a handful of high-quality IPOs. This can set you up to profit no matter how the market performs.

Diamond Hill Select Fund commentary for the fourth quarter ended December 31, 2014. The Fund increased 6.17% (Class I) during the quarter, compared to a 5.24% increase in the Russell... Read More

In the run up to the US housing crisis you would have liked for government agencies to know better than to get involved in subprime mortgages and other risky... Read More

Identifying Regulatory Vulnerabilities In Private Equity by PitchBook Now that the vast majority of private equity firms must register with the SEC as registered investment advisers, the regulatory burdens are... Read More