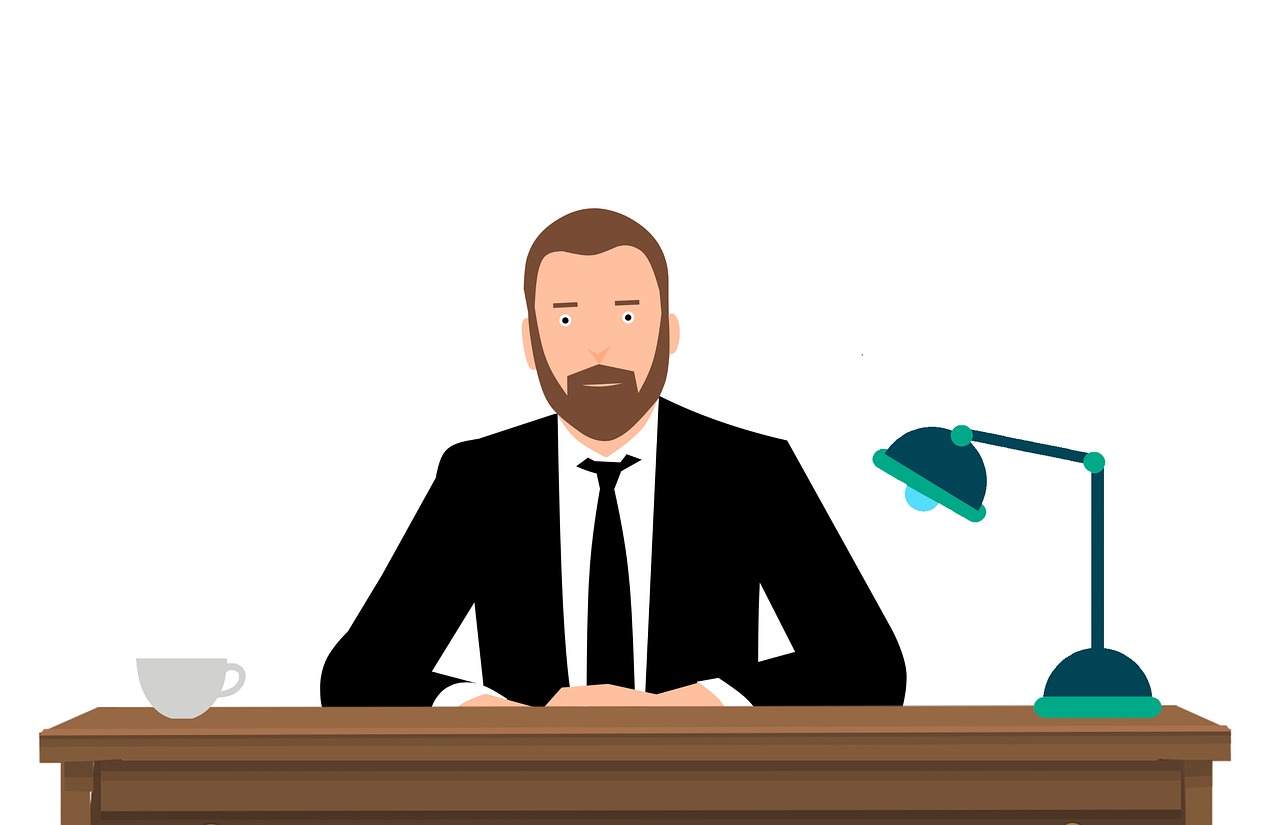 Six months ago I read a transcript of an interesting exchange between a CEO and an analyst. The analyst posed a frank question about the future prospects to an incoming CEO. Her reputation was stellar. Her pointed response made me note the conversation. I wanted to come back later and see how things played out.

Here is the exchange:

I guess, just kind of big picture here. You guys clearly have a challenging path going forward. The commentary about getting $50 million or so of EBITDA back from a negative $137 million still implies pretty negative EBITDA for this coming fiscal year, at which point your term loan is going to become current. And then a few quarters after that, you’re going to have the term loan maturity reserve kick in, which is going to significantly impair your revolver availability. I’m wondering if you could walk me through the rationale of why you don’t just file a Chapter 11 with this business now and try to restructure the balance sheet at the same time you restructure the operations and do this out of the scrutiny of the public markets. It just seems like a lot easier option and also gives you a lot more leverage on dealing with landlords and leases and all those types of things. So can you just talk about the thought process there?

I think, Jeremy, I’ve made clear that we have developed an action plan that we think is compelling and we think it provides sufficient liquidity runway to turn around the company. And I’ve aimed to give you a fair amount of detail on that plan today on how we plan to accomplish it. Every line item has been scrutinized from top to bottom of the P&L, including our store economics. And we’re announcing to you today a plan that we believe will secure the future of the business. So I thank you for your question, but I am confident and secure that we brought forward the plan we need to provide to you and to all of our employees and stakeholders. So with that, I think we’ll wrap up today’s call. I thank everyone for making the time for us and listening carefully and asking your questions. We truly support – we truly appreciate the support you have given to us, and we look forward to updating you on our progress against the plan we announced today. Thank you very much.

This conversation was 7 months ago. This CEO has since resigned. And the company will almost most likely file for bankruptcy in the next 6-12 months. Today, the company announced a plan to close about 50% of their locations (450 out of about 950). Their debt is substantial and their sales continue to decline.

There are lots of lessons to learn from this situation.

Buffett has often said the following:

This is a glowing article about Cheryl Bachelder turned around Popeye’s Chicken when she took over in 2007.

“Sales and profits were declining. It had gone through four CEOs in seven years. Guest traffic had declined. Same stores sales were negative. New restaurant returns were terrible. And the stock price had slid from a high of $34 in 2002 to $13 the day Bachelder joined the company.”

Cheryl led Popeyes to an 18% annualized growth in share price from 2007 through 2017. This performance is great when you consider that she took over in 2007 before the last recession in the US.

Buffett: “I don’t look to jump over 7-foot hurdles: I look around for 1-foot hurdles that I can step over.”

Businesses with poor economics and turnarounds are 7-foot hurdles squared. It is much better to avoid these opportunities.

Most retailers fall into the category of a business with a poor economic profile. Buffett first learned this lesson with Hochschild Kohn.

“You might think this principle is obvious, but I had to learn it the hard way – in fact, I had to learn it several times over. Shortly after purchasing Berkshire, I acquired a Baltimore department store, Hochschild Kohn, buying through a company called Diversified Retailing that later merged with Berkshire. I bought at a substantial discount from book value, the people were first-class, and the deal included some extras – unrecorded real estate values and a significant LIFO inventory cushion. How could I miss? So-o-o – three years later I was lucky to sell the business for about what I had paid. Time is the friend of the wonderful business, the enemy of the mediocre.”

One of the reasons that Pier One is on my radar is that Berkshire owned almost 9% of Pier One in 2004. Berkshire also owned a large stake in GAP during this period. Although I do believe Lou Simpson may have purchased both Pier One and GAP, these investments were listed as Berkshire’s. Pier One’s stock declined over 50% before Berkshire finally sold, losing approximately $750m on this investment. Buffett may have walked away from Hochschild Kohn at break-even, but that was not the case with Pier One. Currently, one of Buffett’s two portfolio managers, Todd Combs and Ted Weschler, own a position in Restoration Hardware (about $250m), another retailer that has enjoyed some success to date, but I struggle to fully understand how this retail story will end differently than the many others rising and falling retailers of the past.

Assuming Pier One was owned by Lou Simpson, I find it interesting how the proteges of Buffett have to learn the same lessons he did, but at a much later time and sometimes at a much higher cost.

History provides great insights if we just take the time to let things play out. Investing is a no-called strike game. We don’t have to swing at every investment idea that crosses the plate. Even better, we can look back and see how things would have turned out if we would have swung at a pitch. I read this conference call transcript with Cheryl Bachelder about 7 months ago. She had an impressive resume with Popeye’s. Additionally, Pier One had survived one turnaround effort in 2009 (the stock went up 100x from its low in 2009), but my skepticism of retailers and turnarounds made it an easy pass. But, I did make a note of it in my task management software to look at 6 months later. And six months later, I have a great lesson that has reaffirmed my skepticism of retailers and turnarounds, even when great leadership comes to the situation.

Currently, the retail industry is providing you with another great example to consider in 1-2 years. Mark Tritton has recently taken over as the CEO of Bed Bath and Beyond (BBBY).

His résumé suggests he could be the right person for the job. For the past three and a half years as executive vice president and chief merchandising officer for Target, he has been part of its very successful transformation led by its president Brian Cornell. In charge of all merchandising, sourcing, product development, visual displays and private-label programs, Tritton has been instrumental in many of the key elements of Target’s reinvention.

He comes with an impressive background and BBBY is in need of a serious turnaround. I have my doubts, but let’s check back in 2 years to see how things play out.

In short, my mission is to ensure that Bed Bath & Beyond is well positioned for long-term success. We have a highly recognizable and beloved brand with passionate associates and customers. I truly believe this is 1 of the last iconic retailer turnarounds in this country, and I’m excited about the future of our business.

The Sova Group is a private investment fund managed by Matt Brice. As principal of The Sova Group, Matt Brice has been managing investments since 2009. Prior to founding The Sova Group, from 2007 until 2009 he worked as an associate attorney in the Mergers and Acquisitions group of Debevoise & Plimpton LLP, an international law firm based in New York City. Mr. Brice holds a B.A. in Philosophy from Brigham Young University and received his law degree from Columbia Law School.

Yum! Brands, Inc. (YUM) Earnings And The Issues In China

BAML in one of its recent reports state that their analysts are in the strange position of having an Underperform rating on Yum! Brands, Inc. (NYSE:YUM) shares and also... Read More

Article on Dan Loeb is Outrageous and Moronic: Whitney Tilson

Whitney Tilson via an email received by ValueWalk... Tilson defends Dan Loeb over his sale of Yahoo! Inc. (NASDAQ:YHOO) shares and attacks the author of the article over many of... Read More

Voce Capital Partners gained 4.6% net of all fees and expenses for the third quarter of 2016 with an average gross exposure of 84% according to the hedge fund’s... Read More