It was November 12, the day Disney celebrated the launch of its long-awaited streaming service, Disney+. Millions of folks rushed to sign up on premiere day. There was so much interest the service went down a couple times.

Disney stock was all over the headlines. And it was supposed to be the beginning of the end for Netflix. Yet Netflix stock barely budged on the big day.

And in the three weeks since the launch of Disney+, it has climbed 10%! What’s the deal?

For reasons I’ll explain, investors who predicted a big, all-at-once crash in Netflix stock are missing the point. They’re correct that Netflix stock is a terrible investment, but its decline is going to be a long, slow, painful process.

If you signed up for Disney+, you probably noticed many of Disney’s most iconic movies are missing. Before Disney set its sights on streaming, it struck a landmark deal with Netflix.

In 2012, Disney rented out its movies and TV shows to Netflix. This deal put most of Disney’s first-run blockbusters on Netflix.

That included iconic Pixar animated movies like Finding Nemo as well as the trilogies of Toy Story, Monsters Inc.— also Star Wars with its sequels and everyone’s beloved Marvel movies like Avengers and Spider Man.

Then in 2017, Disney began its Disney+ plans and decided to pull out of the deal. It announced it wouldn’t renew its agreement with Netflix and all Disney’s movies will come back to its catalog.

But the thing is, the agreement is still in effect, and most of Disney’s movies are tied with Netflix for now. Disney can’t even put them up on its own service.

In a way, Netflix is holding some of Disney’s best movies hostage. But soon, one Disney title after another will start leaving Netflix.

To give you a taste of what’s coming, here’s a quick rundown of Disney movies on Netflix:

That’s just the tip of the iceberg. Dozens more Disney features are leaving Netflix in the coming year. And they are no ordinary titles. They are beloved movies—some of them all-time favorites.

They are the reason many folks subscribed to Netflix in the first place. And once these movies start jumping ship, so will Netflix subscribers.

Why Netflix Will Slowly Bleed Out

A recent survey from Kill the Cable asked ex-Netflix subscribers why they cancelled their subscription. 42% of them said they left Netflix due to lack of content.

45+ movies and TV shows have left Netflix in the last month alone, including blockbusters like The Imitation Game and Despicable Me 3, according to The Hollywood Reporter. Netflix will also lose all-time favorite comedy shows Friends and The Office next year.

While every title matters, it’s Disney’s blockbusters that Netflix subscribers really want. As I wrote last month, 22% of Americans would cancel their Netflix subscriptions if Netflix lost Disney’s Marvel films, according to The Hollywood Reporter.

Let it sink in, almost 1 in 4 Netflix subscribers are ready to hit the “cancel” button the moment Disney takes back its Marvel movies from Netflix. It will pull three of them in the next half year, and more later.

Keep in mind Netflix stock has jumped over 10% since the launch of Disney+. This has spurred hope that maybe, just maybe, Netflix can compete with Disney. In fact, according to Barron’s, most of Wall Street thinks Netflix is a buy right now.

They are dead wrong. As I said, this is going to be a long, slow, painful process.

This rally is just a short reprieve. I’m keeping my money far away from Netflix. There are much better ways to make money in the stock market.

Written with the assistance of Dainius Runkevicius.

Over the past couple of months, a trend has been emerging in consumer credit data, which runs contrary to the generally accepted economic growth story. Specifically, US consumer non-performing... Read More 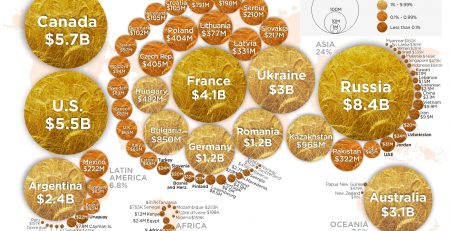