Initial Disclosure: After extensive research, we have taken a short position in shares of PharmaCielo through PCLOF, its U.S. OTC ticker. This report represents our opinion, and we encourage every reader to do their own due diligence. Portions of our research for this report required on-the-ground conversations with locals in Colombia. Given the volatile nature of the political climate in the country, we have removed several source names from the report. However, those names can and will be made available to regulators and/or government entities upon request. Please see our full disclaimer at the bottom of the report.

Background: Basics on the Company and the Bull Thesis

PharmaCielo trades on the TSX Venture exchange and U.S. Over-the-Counter Market (“OTC”) under the symbols PCLO and PCLOF, with a market cap of roughly $200 million as of this writing.

The company describes itself as focused on cultivating, processing and supplying all-natural medicine-grade cannabis oil extracts to large channel distributors via its greenhouse facilities in Colombia.

PharmaCielo has generated only $60,843 in cannabis revenue throughout the life of the company [Pg. 3], but the bull thesis seems to focus on:

The company has greenhouses that are currently growing cannabis in Rionegro, as corroborated by photographs taken last week as part of a touring of its facilities by the Colombian Justice Minister:

Sell side reports tout the company’s “multi-year supply agreements” in the U.S. and Europe as key selling channels.

Cormark Securities (which underwrote the company’s August 2018 financing and advised on a prospective acquisition) has consistently rated the company a “buy”. In Cormark’s research initiation, it specifically touted PharmaCielo’s management team as a key strength:

Our research, which has included extensive, on-the-ground research in Colombia and in the U.S., has revealed to us that the company’s prospects differ sharply from management’s narrative. Through our research, we found:

We have a 1-year price target of $0 based on the company’s lack of meaningful revenue ($130k since inception), continued losses, whittling cash (estimated at $11.7 million as of this writing) [1] and incredibly questionable management behavior.

Leadership: PharmaCielo’s Co-Founder, Former CEO and “Backer” Anthony Wile Had Previously Been Accused by The SEC of Stock Manipulation. We Think He’s Back at It Again.

They say the tone is set at the top. PharmaCielo’s co-founder, largest shareholder, “backer” and former interim CEO/Director, Anthony Wile, has a history of stock manipulation and pump and dumps, according to SEC prosecutors.

Anthony Wile listed himself as co-founder of PharmaCielo Ltd. on his recently-deleted LinkedIn page (that disappeared during the course of our investigation, around February 24, 2020. We archived it on February 2, 2020.) On the same page, he stated that he had been involved in PharmaCielo’s operations since the company was established, which was in 2014.

He listed his work experiences dating back to 2007, but he left out this key detail from earlier in his career:

In 2007, Wile was listed as a defendant in a civil injunctive action filed by the Securities and Exchange Commission, which alleged that he issued deceptive press releases, promotional materials, and created a misleading website to tout a publicly-traded mining company. Wile was also accused by the SEC of “orchestrating touting”, a “manipulative stock trade on the open market to create an inflated market” and disseminating “materially false and misleading information to the market.”

As a result, the SEC sought a permanent bar to prevent Wile from serving as an officer or director of any public company, but Wile settled the SEC charges in 2010 for a 5-year ban and a civil penalty of $35,000.

Before the ban ended in 2015, however, Wile was already on to his next project, co-founding PharmaCielo in 2014.

Leadership: PharmaCielo’s Other Co-Founder and Former CEO/Director Federico Cock-Correa Was in the Midst of Bankruptcy Proceedings Upon His Recruitment to The Company

Aside from Wile, Federico Cock-Correa is a company co-founder, former CEO of PharmaCielo Holdings (the Colombian operating entity) and current board member of PharmaCielo Colombia. Cock-Correa has a background in horticulture and has previously owned and operated flower and greenhouse businesses in Colombia’s northwest Antioquia province.

According to our research, Cock-Correa was experiencing a period of severe financial distress during the time he linked up with Anthony Wile. One local source told us the following:

“At PharmaCielo one of the founders brought in a bankrupt flower grower. That was the first mistake. They also made a mistake in the area they chose.”

But the problems stretch back much earlier, to at least 2011, with court insolvency rulings, and bank embargos on Tahami’s greenhouse facilities.

Cock-Correa and his family continue to run Tahami and are still paying off their debts. Under the terms of the insolvency deal, the debt repayments run for a 10-year period (2014-2024). Creditors include two banks, pension funds and the government tax agency.

Critically, none of this seems to have been disclosed to investors. On the contrary, PharmaCielo’s filing statement from January 2019, the foundational document detailing the business and its risks, states unequivocally that no director or officer of the Resulting Issuer (PharmaCielo), had been acting as the representative of any company that had become bankrupt or subject to any insolvency proceedings within the past 10 years: [Pg. 76-77]

This appears to be a major misrepresentation. Cock-Correa had a company that became insolvent and had been in reorganization prior to the filing, during the date of the filing, and is still to this very day.

Furthermore, the bankruptcy is inexorably linked to PharmaCielo. Prior to PharmaCielo’s purchase of the Rionegro property, Tahami had operated the very same property since as early as 1992, per this filing we pulled from the Rionegro Chamber of Commerce:

Both companies even operated side-by-side on the same premises during 2016, according to company registration documents. [1,2]

A local source confirmed to us that Wile helped financially support Cock-Correa during his insolvency period. The financial support does not appear to have been an act of charity, however.

When looking into the company’s key greenhouse facility in Rionegro, we came across the first of several instances of apparent insider self-dealing involving either Anthony Wile or Federico Cock-Correa, the company’s co-founders.

Central to almost all of PharmaCielo’s business ambitions is the company’s “headquarters and principal cultivating facility” in Rionegro, Colombia which the company touts on its website, in press releases and is often referenced in analyst reports about the company.

The company announced the purchase of the site in July of 2016, per this press release, which called it a “significant milestone”, and disclosed that the company paid $5.02 million in cash and 1.7 million in equity shares for the purchase, equating to a total estimated purchase price of $8.85 million.[2] The deed was signed on June 1, 2016, one month earlier.

We checked local land registry documents and found that the total land sale (which consisted of two parcels, with the second sold on August 30, 2017) cost only about $3.5 million USD. [Plot 1, Plot 2] This was a wide discrepancy from the value that PharmaCielo had announced in its press release ($5.02 million in cash and 1.7 million equity shares).

We had our Colombian investigator look into the deal further. What we found was that the property was bought in what appeared to be an undisclosed related party transaction through PharmaCielo’s co-founder, Federico Cock-Correa.

Local real estate records [1,2] show that the property was owned by four siblings with the surname Uribe Villegas. Our investigator consulted two of the prior sibling owners by phone, in February 2020. Neither would confirm the purchase price, but one (Pedro Javier Uribe) directly contradicted the PharmaCielo press release that indicated the purchase included 1.7 million in shares:

“We received payment in cash. Maybe we got something like 3 percent of the value of the farm we got in shares. But 1.7 million shares? No, no no, no. That’s a lot. No we got much less.” (Note that we have this conversation on audio.)

Moerus Worldwide Value Fund letter to investors for the first half year ended May 31, 2017. Get Our Icahn eBook! Get our entire 10-part series on Carl Icahn and other famous... Read More 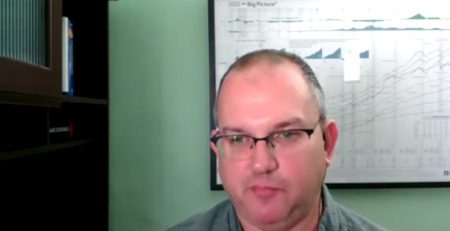 #neversell Gets You Through Drawdowns

During their recent interview on The Acquirers Podcast with Tobias, Matt Cochrane, Lead Advisor at 7Investing discussed #neversell Gets You Through Drawdowns. Here’s an excerpt from the interview: Q2 2021... Read More

Via Vanity Fair obviously a parody... Dan Loeb has sent a long string of activist letters to company leadership. The target this time? Father Christmas himself.   Read More