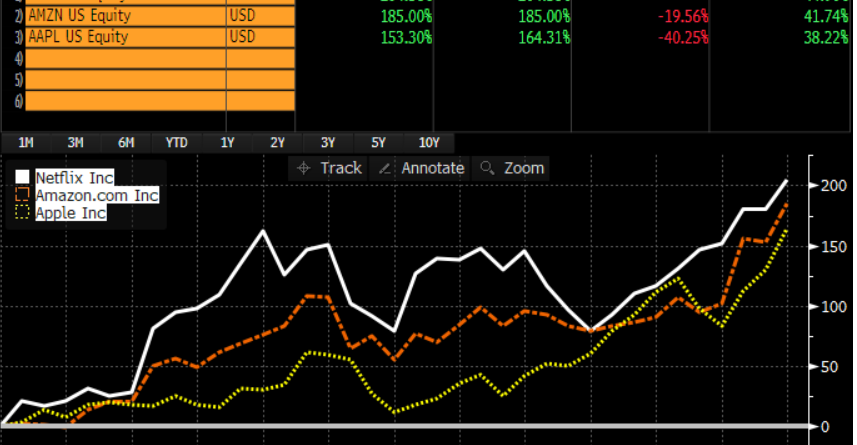 In the business of common stock portfolio management, most of your time is spent practicing your own specific discipline. However, extremes of mass psychology force you to take very uncomfortable positions for extended periods of time. When folks are scared to death of owning common stocks, like in late 1987, late 1990, late 2008 to early 2009, and in March through May 2020, we must provide evidence to “be greedy when others are fearful.”

A guest-written article by Andrew Addison in Barron’s shed light on July 5, 2020 into the value versus growth debate and got us thinking about being “fearful when others are greedy.” When it comes to incredibly popular stocks like Netflix (NFLX), Amazon (AMZN) and Apple (AAPL), rational and logical fears have led us to avoid some of the best performing stocks of the last three years: 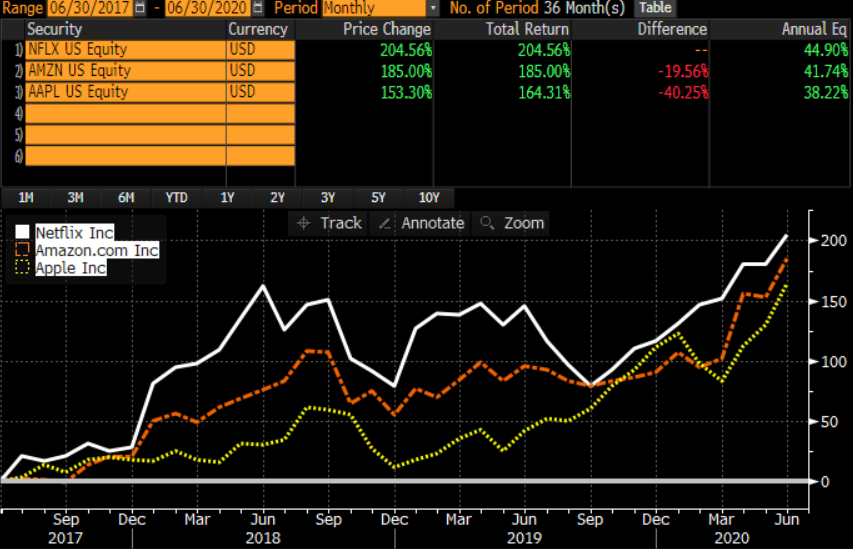 Charlie Munger says, “Envy is a really stupid sin because it’s the only one you could never possibly have any fun at!”

Since we agree with Charlie Munger on envy, we’ll just speak to the implications. These dramatic price advances are spectacular on their own and must be looked at within the context of meaningful historical time periods. We can tell you that we don’t like preparing for the downside associated with financial euphoria episodes. Unfortunately, we are forced by probabilities and history to be fearful when others are greedy. As you can see in the following chart provided by Mr. Addison, this episode of financial euphoria is exploding past the disastrous levels of 1999-2000 and has already lived longer than the most recent episode.

A recent UBS research study shows that value has never been worse from 1963 to today in relation to growth. Every time one of these episodes comes along there are numerous respected market participants who champion the momentum of the darlings of the day. In 1929, respected economist, Irving Fisher, said, “Stocks have reached a permanently higher plateau!” Today, a wide swath of respected strategists and industry analysts explain that “it is different this time.” It is always different this time. Not even Warren Buffett and Charlie Munger have had the courage to address this episode.

Respected industry analyst, Mark Hulbert, wrote a MarketWatch column on July 5, 2020, which argued that this episode is nowhere near as bad as 1999, because there are nowhere near as many ridiculous Initial Public Offerings (IPOs). IPO activity was muted in 1972, but that didn’t stop the Nifty Fifty from getting crushed in 1973-1974.

Radio technology was going to change the world in 1929. The internet was going to change our lives in 1999. They did. COVID-19 has temporarily driven all of us to stay home and has endeared investors to the companies which have benefited the most from e-commerce and total home-bound boredom. Every week that goes by dominated by virus news is another weekly addition to the evidence. The evidence tells investors that Netflix will feast on stay-at-home viewers, Amazon will figure out a way to mass deliver low-margin products at a profit (good luck with that) and Apple will start growing again to justify its 30 forward price-to-earnings ratio (P/E).

The Wall Street research community doesn’t have to even hide their conflict of interest today by putting near-unanimous favor on these darlings. They fight over the stocks by raising their company price targets. It is enough to make you have dreams of Jack Grubman, Mary Meeker and Henry Blodget fleeing or being banned from the securities industry in the aftermath of the tech bubble breaking in 2000-2006. Here is the consensus of industry analysts on AMZN:

The problem with all of this is that financial euphoria episodes are nothing original and up to this point in history have always ended badly. It is one of the primary reasons that value strategies outperform growth by over 3% per year. This number is compounded over the last 94 years, as Ibbotson Associates, Inc. started measuring the S&P 500 Index in 1926. The endings of financial euphoria episodes traditionally crush 80% of the market capitalizations involved.

The nice thing about being the boy who cried wolf is that you look stupid before you are proven correct and you look smart when you are right, but nobody believes you until it is too late. In the fable, the wolf came, and no one fled. Bullish sentiment on tech continued for months in 2000-2002. Investors held on to their bullish sentiment toward the tech darlings all the way down. We are not in this business to be popular; we are here to seek to outperform our benchmarks and create wealth over time. One of the most important ways you do that historically is to avoid financially euphoric common stocks and be intellectually honest with investors.

The information contained in this missive represents Smead Capital Management’s opinions, and should not be construed as personalized or individualized investment advice and are subject to change. Past performance is no guarantee of future results. Bill Smead, CIO, wrote this article. It should not be assumed that investing in any securities mentioned above will or will not be profitable. Portfolio composition is subject to change at any time and references to specific securities, industries and sectors in this letter are not recommendations to purchase or sell any particular security. Current and future portfolio holdings are subject to risk. In preparing this document, SCM has relied upon and assumed, without independent verification, the accuracy and completeness of all information available from public sources. A list of all recommendations made by Smead Capital Management within the past twelve-month period is available upon request.

Bruce Berkowitz's Fairholme Funds (FAIRX), a value mutual fund hold which holds a total of $5,561,843,000 worth of assets. Fairholme is down from peak assets of $23 billion only two years... Read More

According to Preqin, the total value of exits from private equity-backed portfolio companies throughout 2014 hit $428bn, higher than any year previously and up from the $330bn of exits... Read More 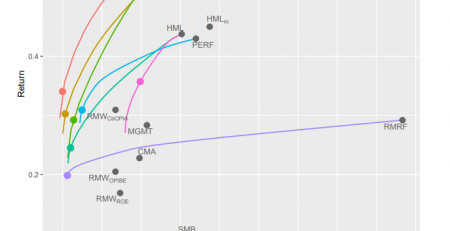