Uber: Delivering Food and My 4 Seconds of Fame on PBS (not PBS Kids, unfortunately) – ValueWalk Premium

Uber: Delivering Food and My 4 Seconds of Fame on PBS (not PBS Kids, unfortunately)

I was on PBS NewsHour talking about Uber Eats and the food delivery business (you can watch it here). When I told my six-year-old daughter Mia Sarah about it, she shrugged and said she’d be more impressed if I was on PBS Kids; at least she could brag to her friends about that.

PBS interviewed me because they read my 13-page analysis of Uber (click here to read it). We own Uber stock, but in our analysis we put zero value on Uber Eats – it was a free option.

My five-minute recorded interview was cut down to literally four seconds, so here are my further thoughts on the ridesharing business. I was not planning to write about markets or stocks for a while, but when the Muse rings the doorbell, you answer.

Unlike Uber’s core ride-sharing business, which was profitable pre-pandemic, its food delivery business was and still is losing money. Here is what we think about Uber Eats: It either turns profitable and then it is worth something, maybe even a lot, or Uber will shut it down, and then it’s worth zero.

Unlike Uber’s rideshare business, where Uber dominates and usually has just one weaker competitor, the food delivery business is more fragmented, and Uber has two to three competitors in each local market.

The food delivery business is intrinsically more challenging than the rideshare business – the financial pie is split four ways instead of three. In addition to the driver, customer, and Uber, there is a restaurant. Two thirds of the total payment (unsurprisingly) has to go to the restaurant, thus leaving a lot less money for the driver to make economic wages and for Uber to wet its beak.

Without getting deep into the weeds of this business, there are several things that have to happen for Uber Eats to become profitable:

The industry needs to consolidate, either through mergers or attrition; the number of players needs to shrink to two from four.

Orders need be batched together – a driver picking up food from a restaurant needs to drop it to two or three customers that live close to each other. There are several difficulties here: First, a restaurant needs many orders from a delivery company to aggregate – thus the need for consolidation. Second, AI needs to group appropriate orders together and assign them in the right order to a driver, taking into consideration traffic, etc. This is a complex math problem that Uber can solve.

PBS noted that UPS and Fedex do this all the time. They do, but packages don’t go cold and lose their relevancy if they don’t arrive in 30 minutes or less (customers don’t want to get their burrito in two hours because the driver had to make two other deliveries across town).

As of right now nobody but consumers are happy with this business. Uber is losing money. Drivers don’t have many options today, but they’d rather be delivering people, not food, and thus making more money.

Restaurants are complaining because food delivery fees eat most of their profits. The business is less profitable than serving food on the premises. But if food delivery was not profitable, they would not do it. This is Microeconomics 101 – delivery fees cut their margin, but each order has a positive contribution margin (variable cost is less than revenue) that helps them cover the fixed cost of running a restaurant. From a $30 ticket, they still get to keep $21. The food cost and preparation is maybe $15 (probably less), and $6 goes to cover fixed costs.

The following is very anecdotal. My 19-year-old son Jonah was delivering DoorDash meals (Uber’s competitor) a few hours a day for a few weeks in April. He was grossing $25-30 per hour (reduce that by a third for taxes, gas, car wear and tear). But this was during the lockdown, so nepotism took over and Jonah is now doing some web development for IMA. Jonah’s friends who are still driving DoorDash are now grossing closer to $15-20 per hour – demand is still up from pre-pandemic levels but down from April levels.

The lockdown was a big positive for the food delivery business. It introduced and hooked both consumers and restaurants to the service. Business models may evolve over time. Customers may start paying a subscription fee for free or deeply discounted deliveries. We’ll see a new breed of restaurants called cloud kitchens – restaurants with no storefront or dining area that are built for food delivery only. Their lower labor and rent costs may help them to be profitable.

Uber has some advantages that other food delivery-only players don’t have. It has a larger pool of drivers. (Today about 40% of Uber rideshare drivers are working on Uber Eats, up from 20% pre-Covid.) It has a loyalty program for consumers and drivers that works across both ridesharing and delivery platforms. Uber has what is called a “super app” – one app that works for both ridesharing and food ordering. Thus Uber will be able to convert Uber Eats customers to ridesharing customers when the fear of the virus dissipates. Finally, it scales R&D across a much larger business.

I was interviewed by Paul Solman, veteran PBS economics journalist. We were both on Skype. The beauty of today’s social distancing is that instead of the sterile background of the studio you get a small glimpse into the life of the person on the other side of the camera.

This interview was taped, so Paul and I were not in a hurry and had a chance to chat. I commented on the paintings in Paul’s background. He said they were his father’s and that he was born in a small town called Vitebsk in Belarus. (You can see Paul’s father’s paintings here.) I told him that, coincidentally, the paintings on the wall behind me were my father’s, too, and that he was born in Moscow but all of my ancestors (on both my father’s and mother’s side) came from Vitebsk as well.

It is hard to describe that warm feeling you get when you meet someone whose ancestors came from the same tiny town as your ancestors, and as a bonus it’s someone whose father was also a talented painter.

As a side note, Vitebsk was also the birthplace of Marc Chagall, the famous modernist Jewish painter. My grandma told me a story, which I have a suspicion is not true, but I love it anyway: Marc’s relatives borrowed money from my great-grandparents and never paid them back.

And one more thing…

I am not a journalist or reporter; I am an investor who thinks through writing. This and other investment articles are just my thinking at the point they were written. However, investment research is not static, it is fluid. New information comes our way and we continue to do research, which may lead us to tweak and modify assumptions and thus to change our minds.

We are long-term investors and often hold stocks for years, but as luck may or may not have it, by the time you read this article we may have already sold the stock. I may or may not write about this company ever again. Think of this and other articles as learning and thinking frameworks. But they are not investment recommendations. The bottom line is this. If this article piques your interest in the company I’ve mentioned, great. This should be the beginning, not the end, of your research.

Read this before you buy your next stock

A few days ago, I reported on the state of the gold trade today and how investors had dumped gold as an investment the weeks following the US presidential... Read More

Since early May, rates on 30-year fixed-rate mortgages have risen from 3.35 percent during the week ending May 3rd to 4.51 percent for the week ending July 12th; an... Read More 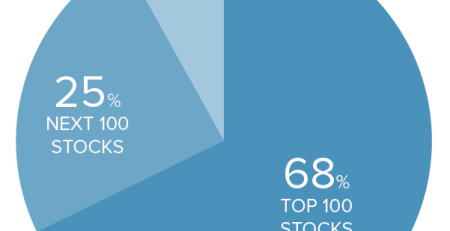 One of the certainties of a market economy is change. As Joseph Schumpeter famously observed, innovation moves the world forward, but not painlessly. Q2 hedge fund letters, conference, scoops etc FotografieLink... Read More