Guaranteed Returns in a Low-Yield Environment

These are trying times for investors who want safe assets. Vanguard had to temporarily close its Treasury money market fund as a result of record inflows. With Treasury Bills yielding about 10 basis points and CDs not yielding that much more, investors seeking yield and low risk are effectively stuck.

One product worth considering is fixed annuities, which are also referred to as multi-year guaranteed annuities (MYGAs). MYGAs provide a straightforward, predetermined guaranteed rate of return over a term. In contrast, the return in a fixed-indexed annuity (FIA) or equity-indexed annuity (EIA) typically depends on the performance of some underlying index or portfolio (and is not known with certainty in advance).

The significant spreads between MYGAs and Treasury securities, which are as much as approximately 300 basis points, coupled with the guarantee, may raise some questions about the nature of the guarantee. Like other annuities, MYGAs are backed by insurance companies whose general accounts are regulated and there is the additional backstop in the form of state guaranty associations.

In this piece, we compare MYGAs to other safe investments, such as CDs and Treasury securities. We hope to better understand whether guaranteed MYGAs can provide attractive risk-adjusted performance, and whether they’re a reasonable alternative for risk-averse investors. This is a topic we plan to explore more in the future.

U.S. Treasury securities are commonly assumed to be the “risk-free” asset in investment research. While default risk hasn’t been an issue with U.S. government-issued debt (it has been for other countries), there is still interest-rate risk if the bonds are sold before they mature or are held in some type of pooled investment (like a mutual fund). There is also reinvestment risk, since changes in future interest rates can impact the true end-of-period rate of return.

CDs are well-known products offered by banks and credit unions and provide a fixed rate of return for a specific period, with terms up to five years. Bank-issued CDs are insured by the FDIC and CDs issued by credit unions are insured by the NCUA. Both provide protection up to $250,000 based on the total funds on deposit at an institution. Withdrawal penalties may apply if the funds are accessed before the term, but are currently low because they are levied as a forfeiture of interest for a period of time.

Fixed annuities, or MYGAs, have been around for decades but have increased in popularity because of ultra-low interest rates. They are issued by insurance companies with terms typically ranging from three years to 10 years and are similar to CDs in that they provide a fixed guaranteed return over the term. Surrender charges typically decline over time and are often higher than withdrawal penalties on CDs. For example, a high-yield MYGA may charge 9% if liquidated in the first year falling to 5% on a five-year contract. They are typically purchased for accumulation purposes, although they can be converted (annuitized) to guaranteed lifetime income at the end of the term. MYGAS are backed by the issuing insurance company, as well as the respective state guaranty fund, in the event the insurance company defaults.

Unlike CDs, where taxes must be paid annually on interest, gains in a MYGA are not taxed until distributions are taken. This could make MYGAs more attractive for investors holding them in taxable accounts, depending on the investor’s tax situation.

Deflation is turning out to be a real quagmire for Japan. One of the architects of Abenomics, Koichi Hamada, a special adviser to Japanese prime minister Shinzo Abe and... Read More 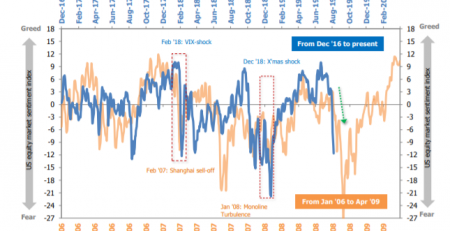