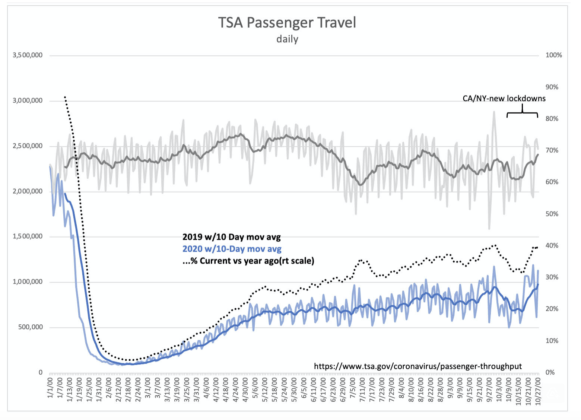 “Davidson sees this as good news. I find it troubling. I see us being stick around 35%-40% YOY traffic numbers which isn’t good. The real question here is how much higher these get before leveling off. I do not see them getting back to previous levels anytime soon which means we still have excess capacity in the airline and affiliated industries which means more layoff coming in the future.

After % pull back from 2019, TSA Travelers post new high vs 2019 of 40.6%-higher than Thanksgiving’s peak. New lockdowns initially seemed to have an impact driving year ago comparisons to low 30 are now no longer reflected in this data.

This is indeed a good sign for economic activity.