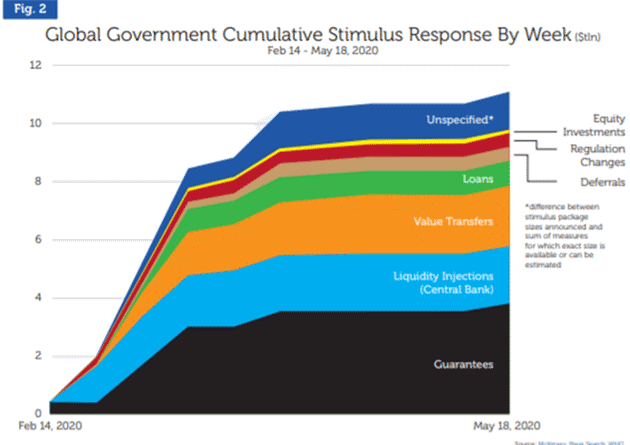 Together, these jolted the economy back to life. The jolt wasn’t permanent, however.

The economic patient is now wavering again. This time, despite pleas from Fed Chairman Jerome Powell that monetary policy has reached its limits, the fiscal part of the cure is not forthcoming.

Ah, but “limits” don’t really apply to central bankers. Not the central bank of the world’s largest economy and issuer of the global reserve currency.

The Fed has constraints—some practical, some legal—but is highly creative in overcoming both. Powell repeated this quite clearly just last month.

Speaking to a San Francisco business group on November 17, he said, “The Fed will stay here and be strongly committed to using all of our tools to support the recovery for as long as it takes until the job is well and truly done.”

This was not the usual equivocating Fedspeak.

Powell promised to use all the Fed’s tools, for as long as it takes, until they are well and truly done.

No mention of any limits.

Powell isn’t one to make promises he doesn’t plan to keep.

So if the economy begins slipping into a double-dip recession, I believe he will open the spigot again. What the barrage will look like, I don’t know, but it is probably coming.

A quick note on all the angst surrounding Treasury Secretary Steve Mnuchin taking back some of the Federal Reserve’s CARES Act funding. First, the Fed used a little bit in the beginning, but much of that money was just sitting there.

My sources say Mnuchin is looking for a way to make a deal with Democrats more palatable to Republican senators. Recovering unused Fed money gives him almost $500 billion to soften their frustration with the price tag.

The Senate seems to want a number below $1 trillion.

With the recovered money, they could pass a “new bill” for less than $1 trillion, while actually spending more

Whoever you blame for the deadlock, the simple fact is a bill needs to pass soon. I believe there is a serious risk of a double-dip recession without some major unemployment funding.

We have about reached the limits of jobs recovery absent a vaccine. That leaves us with a real-world unemployment rate higher than the Great Recession’s worst.

I wish they would just get a bill done. Forget about waiting for the Georgia elections; if Democrats take the Senate, they can pass a bigger bill later.

The US has done nowhere near what the largest developed world economies have done relative to their GDP. From Grant Williams’ latest letter: 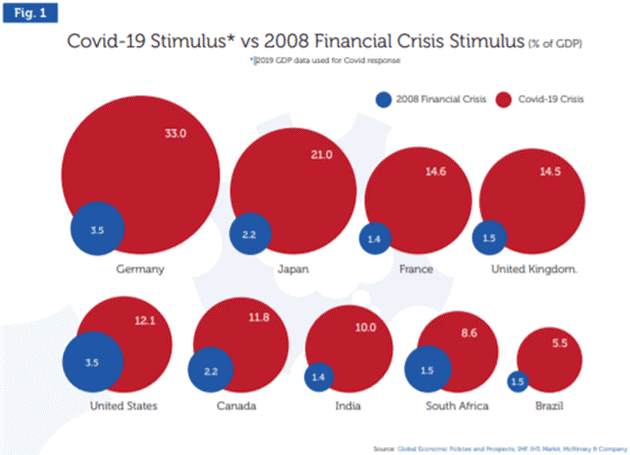 Further, when you combine all the stimulus from around the world, it is a rather staggering amount in both size and variety. The Western European countries alone have provided 30 times more stimulus (in current dollars) than the Marshall plan after World War II. 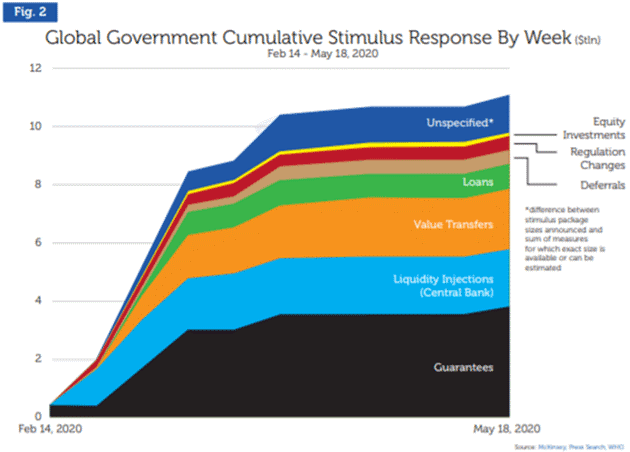 Total global debt will be close to $300 trillion by the end of the first quarter 2021, and global GDP will have been decimated. Every major central bank, not just the Fed, has opened the monetary spigots. It is no wonder the market is levitating.

Unlike 2008, this crisis has an identifiable end point

That is, if the new vaccines work as well as expected and are distributed in the next few months.

I worry more about the damage already done. Many of those lost jobs aren’t coming back. Millions of small businesses will never reopen.

Other new businesses will open, but that will take time and probably an effective, widely distributed vaccine. Some property owners will never again collect the kind of rent they used to.

All that adds up, and it will take a long time to repair and adjust to. Once we do, we’ll still have the preexisting debt and other problems.

But, this being the season when we give thanks, let’s also remember the good news. The crash efforts to develop COVID-19 treatments and vaccines are about to bear other fruit in the form of some amazing new biotechnologies. This is going to pull a lot of new health and medical technology forward from the future.

Change is happening swiftly and not always comfortably. Events that would have stretched over years seem to be happening all at once, which makes it a little unsettling.

I firmly believe we’re going to get through this and find a better world on the other side. And a relief package for those who help us get there is a good next step. 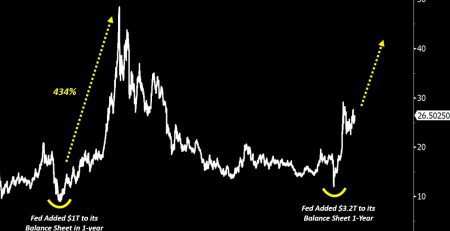 After making numerous required adjustments, we found a firm whose reported 2017 earnings understate the true profit growth of the business. With a long history of dividend growth, a vertically... read more

Greece Sees Markets Tumble As Financial War Games Have Begun As markets experience a value adjustment in the wake of understanding the repercussions of a potential Greek debt haircut, it... read more

The Financial Stability Oversight Council (FSOC) said Monday that it is examining potential risks to US financial stability from asset management products and activities, including potential liquidity and redemption... read more