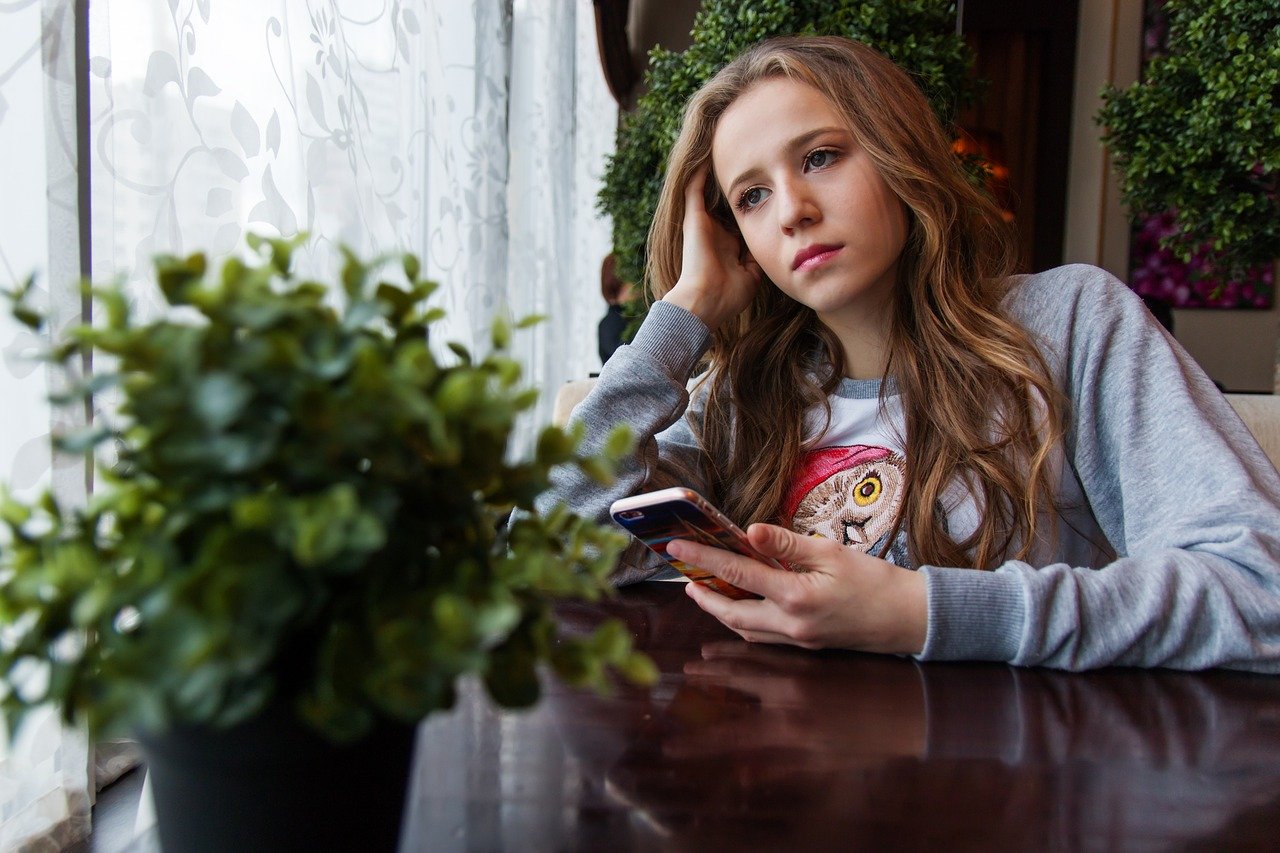 “Win or lose, everybody gets what they want out of the market. Some people seem to like to lose, so they win by losing money.”

People say they want to make money in the stock market. But in reality, it’s far more complicated. Humans crave action. Whether it’s running from a big cat in the African Sahara or buying that hot new stock your gym buddy can’t stop mentioning. In our brains: action = good, inaction = bad.

So much so that we’d instead harm ourselves than sit alone with our thoughts. Read that sentence again.

It’s easy to see how we (the investor) harm ourselves to compound investment capital over the long term.

Yet, there are countless examples of great investors choosing to do nothing. Their ability to do nothing hangs on three principles:

The best investors are the ones that have an unnatural ability to choose inactivity. As crazy as it sounds, boredom is an investor’s last remaining competitive advantage.

Humans are fascinating creatures. We can think deeply about concepts beyond our own experiences. We can paint alternate pictures of reality and the future, engage in probabilistic scenario analysis and recall memories with ease. The scientific word for this phenomenon is “default mode processing.”

To answer these questions, Wilson conducted a series of 10 experiments. Participants ranged from college students to the elderly (77+). In the first study, the participants did a 6-15 minute “thinking session.” No phones, no external stimulus. Alone with their thoughts.

The first study revealed that 58% of participants found it difficult to concentrate. 89% said their mind wandered during the 6-15 minute session. And ~50% of participants said they didn’t enjoy the experience.

Let’s focus on the tenth (and last) study. In the tenth study, Wilson introduced an optional negative stimulation. In other words, participants had two choices:

Here’s the exciting part. Wilson gave each participant $5 and asked them to gauge how much they would pay to receive the electric stimulus after experimenting.

The results were incredible (emphasis mine):

Wilson couldn’t hide his amazement at his findings (emphasis mine):

“But what is striking is that simply being alone with their thoughts for 15 min was so aversive that it drove many participants to self-administer an electric shock that they had earlier said they would pay to avoid.”

The majority would rather hurt themselves than sit in solitude with their thoughts.

Wilson first hypothesized that time alone with one’s thoughts led to periods of negative self-reflection. Yet, previous studies rebuked that claim. Another thesis is that people hate being both the “script-writer” and “experiencer” of thoughts. In other words, without external stimuli, humans do two things:

Even when controlling for these written experiences, the researchers found no improvement in enjoyment.

It’s no wonder people spend hours meditating to control their minds and have peace within boredom. Failure to do so could lead to physical harm.

Wilson ends the paper with an exasperated conclusion (emphasis mine):

“Without such training, people prefer doing to thinking, even if what they are doing is so unpleasant that they would normally pay to avoid it. The untutored mind does not like to be alone with itself.”

How We Hurt Ourselves In Markets

The stock market is a consortium of human psychology played out five days a week from 9:30 AM to 4:00 PM. Millions of individuals make decisions each day. Constant decisions mean the market ebbs and flow with people choosing activity over inactivity even if that activity hurts.

Remember, we know people would instead choose pain over solitude with their thoughts. What does this look like in financial markets?

Let’s review Ed Seykota’s quote from the beginning of the essay (emphasis mine):

“Win or lose, everybody gets what they want out of the market. Some people seem to like to lose, so they win by losing money.”

Before learning about Wilson’s experiment, Seykota’s quote makes little sense. But think about it. Replace “market” with Wilson’s “thinking sessions” and replace “lose” with “hurt.”

It makes perfect sense. After all, we’re not supposed to find great ideas every day or month. Heck, uncovering a great idea once a quarter is a challenge! So that middle part — the gap between your last great idea and a new one — is where danger lives.

Jesse Livermore, one of the greatest investors to ever live, opined a similar philosophy (emphasis mine):

“It never was my thinking that made the big money for me. It always was my sitting. Got that? My sitting tight! It is no trick at all to be right on the market. You always find lots of early bulls in bull markets and early bears in bear markets. I’ve known many men who were right at exactly the right time and began buying or selling stocks when prices were at the very level which should show the greatest profit. And their experience invariably matched mine–that is, they made no real money out of it. Men who can both be right and sit tight are uncommon.”

In markets, we hurt ourselves by acting when we should sit tight. Again, great ideas don’t appear often. When they do, we should buy as much as we can and sit on it. Then, do nothing.

Doing nothing is akin to Wilson’s students sitting in a room and not shocking themselves with painful stimuli. The majority of us just can’t do it!

Here are some ways we self-inflict painful shocks in our portfolio:

How do they do it? What are their secrets? Let’s find out.

A handful of investors can sit in a room and not hurt themselves. We know their names—Buffett, Munger, Pabrai, Nick Sleep, etc. You’ve read their annual letters and books. You’ve watched their YouTube videos. These are our “unnatural” investors.

Here are a few famous quotes from these unnaturals:

“The stock market is a device for transferring money from the impatient to the patient.” – Warren Buffett

“I think the record shows the advantage of a peculiar mindset – not seeking action for its own sake, but instead combining extreme patience with extreme decisiveness.” – Charlie Munger

“The single most important skill for being a good investor is to be very content with not doing anything for extended periods, and that’s perfectly fine.” – Mohnish Pabrai

“Any superiority an investment process may have will only emerge with time, so patience is important.” – Nicholas Sleep

How can these investors sit, do nothing, and not hurt themselves? Said another way — how can they do the unnatural?

There are three things the best investors do to avoid the pain of boredom.

First, they set the highest bar possible for their portfolio. A high bar makes it almost impossible to add another stock to the book because the ones they have are better. When faced with a decision to buy a new company or buy what they own — they buy more of what they own.

Rule 2: Preoccupy Yourself With Other Work

Second, unnaturals preoccupy themselves with other work like reading and learning about companies. This second step only works if you do the first one. A low bar for portfolio entry reduces your ability to deeply study new businesses and ideas because you’re mesmerized by the latest shiny object.

A high hurdle allows you to read hundreds of annual reports, investor presentations, and earnings transcripts without feeling like you need to add the idea to your portfolio. Moreover, the deeper you understand a business, the more you realize you don’t need to buy the stock right then-and-there, which brings us to our third characteristic of “unnatural” investors.

Rule 3: Bet Only On The Highest Asymmetric Opportunities Available

My biggest struggle is the feeling I’ll miss out on a stock’s returns if I don’t buy “today.” The best investors don’t share this struggle. The “unnaturals” know that it doesn’t matter if an idea is genuinely great if they purchase today or tomorrow. Heck, they swing such big asset pools it can take weeks to build a full position.

Such quiet confidence is a function of the asymmetry of the investment idea.

Let’s use a simple example. Say we’re studying two companies: ABC and XYZ. Both trade at $10/share (no, they’re not SPACs). Over time, we conclude that ABC is worth ~$15/share and XYZ $25/share.

Which stock is the better value? It isn’t a trick question: XYZ.

Yet it pains me to think about the hours I’ve spent obsessing over the ABC stocks in favor of the XYZ companies. All for the sake of activity.

“Unnatural” investors only look for the highest asymmetric payoffs possible. Ideas that can return $5 or $10 for every $1 risked. By doing this, they eliminate the need to buy within dollars and cents of a specified entry price.

I’m stealing from Chuck Akre here, but think of each rule as a leg in a three-legged stool. You need all three to create a working seat.

You can’t only invest in the highest asymmetric opportunities if you have a low hurdle bar in your portfolio. And you can’t preoccupy yourself with reading, learning, and profoundly studying businesses if you’re betting on seventy-cent dollars.

Now I know why Akre called it a “stool.” You’re supposed to sit and, well, do nothing!

The Struggle (of Overactivity) is Real

Here’s how I want it to look:

Better outcomes occur when you say “no” more and wait for the “HELL YES” ideas.

As Charlie Munger says, “It is remarkable how much long-term advantage people like us have gotten by trying to be consistently not stupid, instead of trying to be very intelligent.”

The best investors show up to the market, sit down, and don’t shock themselves. They like the boredom because they know it’s the boredom that precedes the next best idea. Do yourself a favor, stay bored.

Ray Dalio: Lessons From 2008 2008 will forever be remembered in the financial world as one of the greatest market crisis of all time. It was a year in which... read more

A list of the top twelve books of 2015 and the complete list of the Broyhill Book Club collection. "If I were rich I would have many books, and I... read more

“Davidson” submits: Check out our H2 hedge fund letters here. The issue has always been the T-Bill/10yr Treasury rate spread. Same for the worry today about a repeat of the 1929... read more 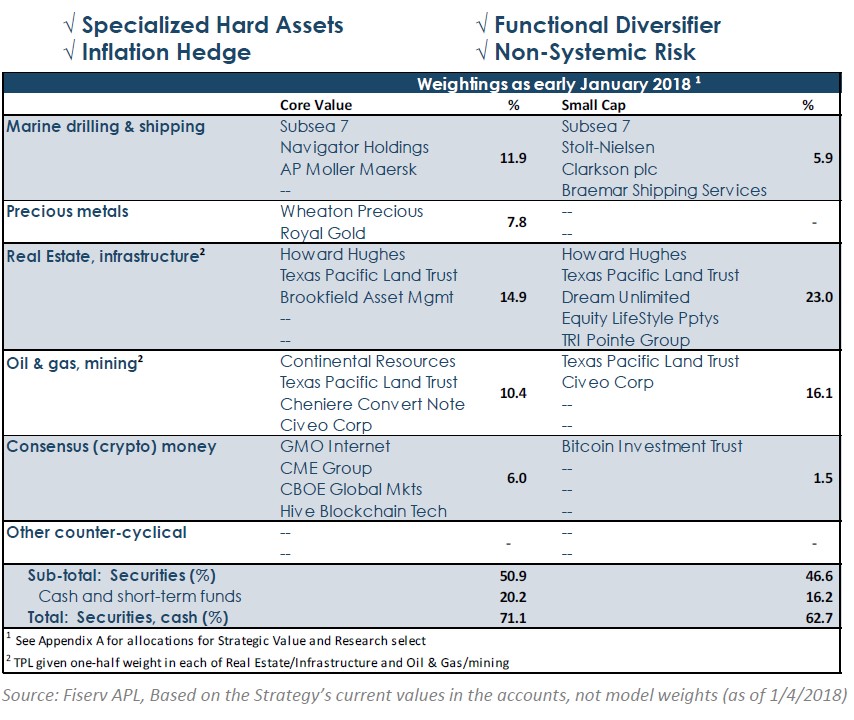 Horizon Kinetics portfolio update for the fourth quarter ended December 31, 207. Get The Timeless Reading eBook in PDF Get the entire 10-part series on Timeless Reading in PDF. Save it... read more

Given how expensive dividend stocks have become today, it's even more important for yield-seeking investors to also consider buybacks in order to maximize their returns, says Cambria's Mebane Faber. Mebane... read more 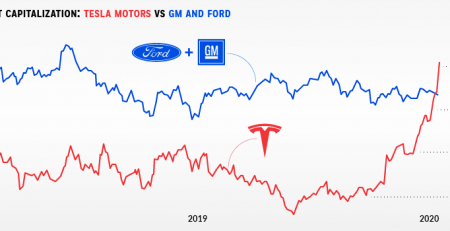 Tesla has been on a roller coaster ride of market sentiment in recent years, but the electric car company is starting off the new decade on a high note. Q4... read more