During their recent episode of the VALUE: After Hours Podcast, Taylor, Brewster, and Carlisle discussed Musk vs Buffett. Here’s an excerpt from the episode: 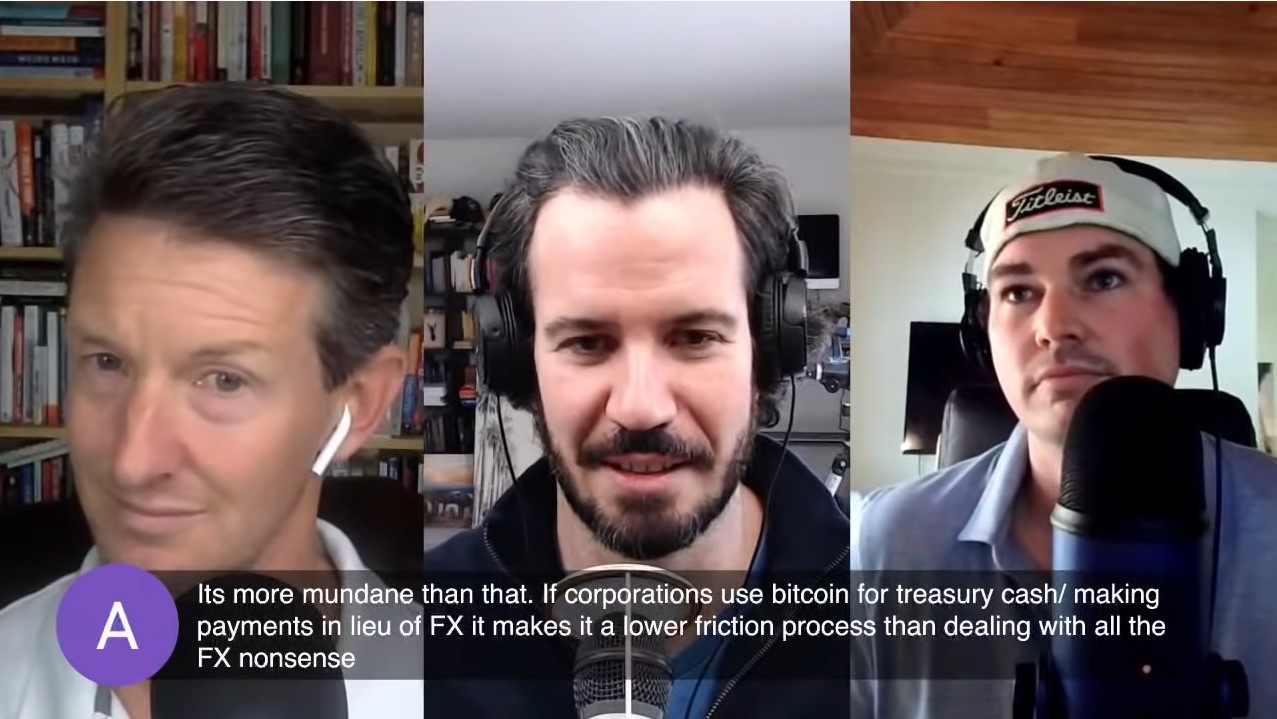 Tobias: What about this view that Musk is this incredible industrialist that he’s Tesla’s Holding Company of all these different business lines and just buying some bitcoin is Buffett going and buying a big pile of silver? Did he buy that in Berkshire? Did he buy that in the PA?

Bill: He bought that in Berkshire, I think. Yeah, that was in Berkshire. Look, the difference is one of those guys knows how to generate cash. Oh, no, that’s not fair. PayPal was a legit success and continues to be.

Tobias: One of those guys is the richest man in the world. The other one is just on the ladder there.

Bill: You know what? Just because the people think one is washed up old man, doesn’t mean that it’s true. Though he is a little past his prime. Shoutout to the Buff Dog, thanks for listening.

Tobias: I still hold some BRK. I picked up some on March 23 last year, pretty happy with that.

Tobias: Yeah, I’d own more of it if I could. Downside is close to zero there.

Bill: Look, I do understand owning an entity and saying, like, “I’m going to bet on this guy.” I get that. To the extent that that’s what people are doing with Tesla, fine. I just think it’s rich.

Jake: Well, it’s a parimutuel game. Even if you think that Buffett is inferior to Musk, what is the price implied? What are the odds that Musk is that much better? I would say that even if you think he’s heavy favorite, doesn’t mean it’s always the right way to bet.

Bill: Well, he’s younger. He’s got more runway. It’s hard to look at the greatest industrial company that’s been built over the smartest man’s lifetime trade at 550 billion and look at Tesla 800 billion and think it’s going to compound going forward. Maybe it will own all of the economy and all of industry. Who knows? Maybe that’s real.

Tobias: That sounds like a good segue. I thought you’re going to say Bezos. Bezos has got to be the man, hasn’t he?

Bill: He wasn’t offended. He just was like, you guys way overly discounted Bezos in your conversation, which is fair, we were just talking to each other.

Tobias: Do you mean in–?

Bill: No, that was Toby and I.

Bill: Yeah, no, we didn’t speak negatively about Bezos.

Tobias: Okay. I prefer Buffett, but I like Bezos, too.

Hedge funds suffered disappointing returns in June, with all strategies posting negative returns for the first time in over 12 months, according to data released today by research firm... Read More

FPA 2013 Q3 Fund Fact Sheets below some commentary from FPA Crescent Fund, followed by links to all funds of FPA. Investment Objective and Strategy The Fund seeks to generate equity-like returns... Read More

In elite settings, there is often a hierarchy. It doesn’t matter if one is in Hollywood, Wall Street or in Washington D.C., there are often people and organizations considered... Read More

Men's Wearhouse Shares Up As It Explores K&G Options

Shares of The Men's Wearhouse, Inc. (NYSE:MW) crossed 20% in Thursday trading after it reported a narrow fourth-quarter loss sales and planned to look at  the possible sale of... Read More

Using data taken from Preqin’s Hedge Fund Analyst, hedge funds added gains of 1.72% in February which takes the industry benchmark to 1.42% for the year to date. Despite... Read More