Opportunity costs represent the potential benefits an individual, investor, or business misses out on when choosing one alternative over another. The idea of opportunity costs is a major concept in economics, as defined by Investopedia.

Opportunity costs can be easily overlooked if one is not careful, since they are not visible by definition. Understanding the potential missed opportunities foregone by choosing one investment over another allows for better decision-making.

Each decision we make as investors, carries an opportunity cost with it.

Even the Oracle of Omaha is subject to the same economic guidelines like us, ordinary investors. Every decision he makes carries with it an opportunity cost, which is the opportunity foregone by choosing one investment over another.

For example, back in February 1958, he bought a house for $31,500. His family was expanding, and his wife was about to give birth to their third child.

As we discussed in a previous article on Buffett’s earlier days, Buffett had rented a house on 5202 Underwood street in Omaha between 1955 and 1958 at a cost of $175/month.

Today, this house is worth approximately $638,000 and has an estimated rent of $3906/month according to Zillow.

It is fascinating to read his opinion on housing from that time:

Buffett had started his investment partnership in 1956, and was on his way to becoming one of the best investors in the world.

However, he and his wife decided to buy a house and closed at the beginning of 1958, according to this article: “Sam Reynolds Home Sold to Warren Buffett’s,” Omaha World-Herald, February 9, 1958.

Using returns from Buffett Partnership LTD between 1957 – 1970 and Berkshire Hathaway between 1970 to 2020, I was able to calculate the opportunity cost of owning his home, versus staying invested.

That’s over six and a half billion dollars. That’s a steep opportunity cost.

It was truly possible because Buffett managed to compound money at a high rate of return for a long period of time.

For a normal person investing in something like S&P 500, the opportunity cost of buying a house would have been something close to $18 million.

What makes it worse is that he paid cash for the house, rather than taking a mortgage. He put about 10% of his net worth in the house, according to a 1998 Berkshire Hathaway meeting video.

By the way, Buffett has calculated the concept of opportunity cost of every dollar he spends since an early age. Few people think this way.

From the earliest age, Mr. Buffett has understood that building wealth depends not only on how much your money grows, but also on how long it grows.

As a result, Warren began to think about time in a different way. Compounding married the present to the future. If a dollar today was going to be worth 10 some years from now, then in his mind the two were the same.

In other words, he knew that each dollar he spends today could turn into $10 or $100 or $1000 in the future. That was helpful for him in evaluating trade-offs. While there is opportunity costs to various activities, if they made his wife happy, he had to do them. I am pretty sure that he would gladly accept the daily cost of six cherry cokes over the past 70 years, over having to drink water for example.

This shouldn’t really be news for Dividend Growth Investors, who understand that with compounding, the largest results are visible at the end of your journey, after a long time of compounding.

A few weeks after buying the house however, Buffett called it “Buffett’s Folly” in a letter to a friend, as discussed in ” The Snowball“:

With momentum behind him, Warren realized it was time to leave a house where there was barely room for a family with two young children—one an unusually energetic three-and-a-half-year-old—and a third on the way. The Buffett’s bought their first house. It stood on Farnam Street, a Dutch Cape set back on a large corner lot overlooked by evergreens, next to one of Omaha’s busiest thoroughfares. While the largest house on the block, it had an unpretentious and charming air, with dormers set into the sloping shingled roof and an eyebrow window. Warren paid $31,500 to Sam Reynolds, a local businessman, and promptly named it “Buffett’s Folly.”

In his mind $31,500 was a million dollars after compounding for a dozen years or so, because he could invest it at such an impressive rate of return. Thus, he felt as though he were spending an outrageous million dollars on the house.

After reading this article, and seeing the calculation behind the $6.6 billion opportunity cost for Buffett’s purchase of a house in 1958 for $31,500, you may actually wonder whether I have included the whole picture in the calculation.

After all, once you buy a house, you get to live in it, without paying rent.

I didn’t include the amount of rent in the calculation of the opportunity cost. That’s because I didn’t know what the rent would have been for his house over the past 63 years.

While it is hard to quantify the amount of money you could have saved on rent for 63 years by buying a house, it is even harder to quantify the amount of taxes, renovations, upkeep etc.  For example, upgrading the house, changing roofs, and landscaping, fixing things around the house cost time and money. If you outsource this task to a handyman, this will cost money too, and eat into some of the savings that you generate by owning a house free and clear. Since I didn’t want to make too many estimates, I didn’t even try.

However, I am pretty confident that Buffett’s family spent more in upkeep on this house than the amount they would have saved on rent. That’s because immediately after buying the house for $31,500, Buffett’s wife Susan spent $15,000 on renovations. This was half the cost of the house!

Even illness and the demands of caring for a new baby and two small children could not suppress her urge to decorate. As it sprang to life, she redid the house in cheery contemporary style, with chrome-and-leather furniture and huge, bright modern paintings covering the white walls. The $15,000 decorating bill totaled almost half of what the house itself had cost, which “just about killed Warren,” according to Bob Billig, a golfing pal.47 He didn’t notice colors or respond to visual aesthetics and so was indifferent to the result, seeing only the outrageous bill.

In Buffett’s case, he is not as frugal as everyone makes him out to be. He spent $12,000/year in the 1950s in Omaha.  That’s equivalent to a little over $116,000 today. Still, spending $15,000 on a renovation would have likely sunk his budget dramatically, given his annual level of spending.

According to public property records, there was a remodeling done in 1989. I am not versed in residential tax assessor language, but it looks like the tax assessment shows close to $800,000 in improvements.

This post will trigger a lot of people. That’s because owning a home is a sacred tradition, which people are expected to hold on to, and teach the new generations about. Few people think about the opportunity cost of actions they partake, through a rational lens, without taking any emotions but focusing on the cold, hard, mathematical facts. We are human after all.

That being said, if you want to improve on your decision making, and become the best version of yourself, it may be helpful to incorporate the concept of opportunity cost in your toolbelt.

Thank you for reading!

Ezcorp is an excellent play on the American consumer with a recession proof business and a skilled management team, that’s according to Laughing Water Capital. Get The Full Walter Schloss... Read More

Discussing the current state of the markets, and Omega Advisors Leon Cooperman's comment that the "market is fairly but fully valued," with Ron Muhlenkamp, The Muhlenkamp Fund; "Fast Money"... Read More 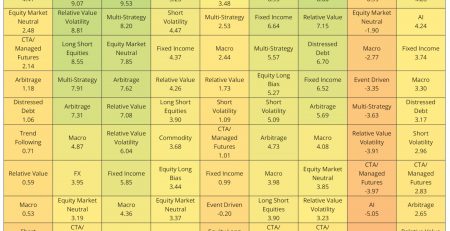 How to Approach Values Hiding in Plain Sight

Would A 4% Taxable Equivalent Return Make You A Bond Investor?