The Shiller PE (or CAPE) is a famous valuation metric used to study the S&P 500 (S&P Indices:.INX). However, besides for some small side data on Europe, there was no information on global market valuations using CAPE. This is despite the fact that as explained below, CAPE is also a great metric for evaluating foreign equity markets.

We spoke with Mebane Faber who has put out research of CAPE for 32 foreign equity markets. Mebane Faber  CAIA, CMT, is the portfolio manager at Cambria Investment Management where he manages equity and global tactical asset allocation portfolios. He is a frequent speaker and writer on investment strategies and has been featured in Barron’s, The New York Times, and The New Yorker. Faber is also the co-founder of AlphaClone, an investing research website. He graduated from the University of Virginia with a double major in engineering science and biology. He will be speaking at the upcoming Best Ideas 2013 conference.

Can you tell us a bit about the methodology for calculating global CAPE? Do you use same exact method as Robert Shiller?

We do, and it actually has been around for over 70 years. Benjamin Graham and David Dodd are universally seen as the fathers of valuation and security analysis. In their 1934 book “Security Analysis” they were early pioneers in comparing stock prices with earnings smoothed across multiple years, preferably five to ten years. Using backward looking earnings allows the analyst to smooth out the business and economic cycle, as well as price fluctuations. This long-term perspective dampens the effects of expansions as well as recessions.

Robert Shiller, the author and Yale professor, popularized Graham and Dodd’s methods with his version of this cyclically adjusted price-to-earnings ratio (CAPE). His 1998 paper “Valuation Ratios and the Long-Run Stock Market Outlook” was shortly followed by his book “Irrational Exuberance” that included a warning on overvaluation prior to the 2000 stock market crash.

Shiller maintains a website with an Excel download that includes historical data with formulas illustrating how to construct his ten year CAPE. For a step-by-step guide Wes Gray at Turnkey Analyst has a good post that walks through the steps necessary to construct the metric.

At its simplest, the CAPE takes a ten year average of earnings, adjusts for inflation, and compares it to price (market capitalization).

Have you researched any other metrics such as P/B, P/S, EV/EBITDA, which have also been shown to be good indicators of future returns?

As is the case with many indicators that fall into a similar category (value, momentum, sentiment) they usually line up with similar signals.  Not always, but generally.  In the appendix of the paper  we reference a article by Samuel Lee titled  “The Hedgehog’s Error ” on Morningstar that sorts global countries based on value (Price/Book) using the French Fama database.  Not surprisingly, he finds that sorting on value works well.

We utilized the French Fama database to sort the countries (twelve in 1975 and rising to twenty by 1991) based on various measure of value including P/B, P/e, P/Cash Flow, and P/Dividends. We demonstrated the results of sorting the countries on a yearly basis and choosing the cheapest X% of the universe (from 33% to 10%) works well across most all of the factors.

This research goes back to the 1970s and 1980s except for the US and UK, correct? Any idea what any other countries would be going back further?

We examined US data back to 1881, and the UK to the 1930s with similar results.  If you can find any more datasets please let us know!

Greece is insanely low at 2 PE, obviously the macro reasons are known, but is that the lowest by any country in your data? According to your calculations, what would be the return on Greek stocks?

Can you imagine investing in any of these markets in those years? In every instance the news flow was horrendous and many of these countries were in total crisis.

Now what would happen if you invested in these seemingly deplorable markets; the literal worst of the most disgusting geopolitical headlines? Below are local country real returns (net of inflation):

Do you measure the market using the country ETFs? Some of the ETFs are skewed towards one or two names, do you make any adjustments?

We used the broad indexes with both Global Financial Data as well as MSCI.  However, it is important that an investor utilize the index that is representative of the instrument they are trading.  After all, a country index is nothing more than a grouping of individual stocks.

Do you use any qualitative factors in your research, or is it solely numbers and CAPE is the only number used?

We didn’t utilize any qualitative factors.  However, additional proprietary research has shown that including other non-correlated metrics such as momentum and trend can increase absolute and risk adjusted returns.

Robert Shiller, along with Barclay’s, has done some additional work here worthy of attention.

Based on historic data, can you tell us which markets look the cheapest and which appear to be the most expensive?

Here is a table from the end of November, and no surprise, there are a lot of European names on the cheap list.  The US is one of the more expensive countries.

Have you done any research on correlation between global market values?

We have. The good news is that there is almost always a bubble and bust somewhere.  The key is having the patience to invest when there is “blood in the streets”.

Looking at the 32 countries, would you say the global market is overall fairly valued? over-valued? under-valued?

Undervalued for the broad universe, but overvalued on a GDP or market cap weighted since the US is about 20-30% overvalued.

Short interest in Monitise Plc has surged since our last report on the online banking company. The London-based retailer has been the recipient of constant attention from shortsellers. According to positions... Read More

The UK Pound Crashed very quickly last night  and although it quickly recovered everyone wants to know why it happened - fat finger? fundamentals? market issues? the French? etc... Read More 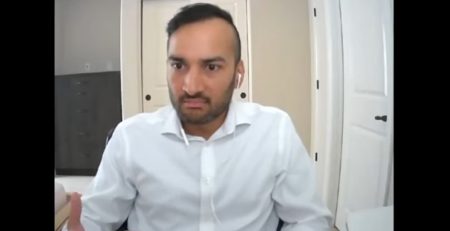 During his recent interview on The Acquirers Podcast with Tobias, Vivek Viswanathan, portfolio manager of the Rayliant Quantamental China Fund discussed Why Chinese Companies Don’t Like To Report Losses. Here’s... Read More