There’s been a lot of chatter this week about the flattening yield curve and whether or not this means a recession is around the corner.

Well, this week in history, all the way back in 1997, a similar discussion was going on. In fact, there’s a number of similarities to that time. Economic data in the US was strong but there were growing concerns over emerging markets and tightening liquidity due to a Fed raising interest rates; and the yield curve was about as flat as it is today. The NYT wrote the following in a short article titled Leading Indicators up 6th Month in a Row (link here).

The largest restraining influence was the interest-rate spread, the difference in the yields on 10-year Treasury bonds and Federal funds, which are overnight loans between banks. The spread, often referred to as the yield curve, is unusually flat now, a situation widely regarded as one of the most reliable predictors of slowing economic activity.

Now we all know about the horrible recession and bear market that followed. Except, of course, that was 2-years later and after the S&P went on to run another 60%+.

Investing legend Bruce Kovner once said that, “The Heisenberg principle in physics provides an analogy for the markets. If something is closely observed, the odds are it is going to be altered in the process.” Meaning… if everybody is freaking out about a flattening yield curve and an impending recession then those two things are unlikely to occur.

When the yield curve flattens and nobody is paying attention is when you want to worry.

Adam Tooze (author of the Book Crashed which I have on my reading list but haven’t gotten to yet. Have any of you read it? Is it good? I digress…) wrote a great article in the NYT on the potential Italian debt crisis and all the head-scratching politics involved. It’s appropriately titled How Does the E.U. Think This Is Going To End?

At the heart of the matter is a deeply indebted (Italy’s debt to gdp is roughly 133%) structurally weak country that wants to expand its budget deficit to boost growth but the EU isn’t having it. Tooze notes the current plight of Italians, writing:

Over the past 10 years, Italy’s gross domestic product per capita has fallen. This decline is unique among large advanced economies. (It is even worse than Japan’s infamous lost decades.) And the suffering is extremely unevenly distributed: More than 32 percent of Italy’s young people are unemployed. The gloom, disappointment and frustration are undeniable. For the commission to declare that this is a time for austerity flies in the face of a reality that for many Italians is closer to a personal and national emergency.

The two sides have been in a standoff for weeks. The EU is hoping that Rome will stand down but the Italians are damned if they do (weak growth will continue to popularize populist parties) and damned if they don’t (risk backlash from the EU and ECB which would lead to investor flight and higher yields).

This is an important developing macro story and depending on how it plays out, will have wide-ranging implications for the EU down the road. Make sure to read up on it (link here) and stay abreast.

Macro strategist, Felix Zulauf, spoke with German publication Neue Zürcher Zeitung this week about the global economy and where he thinks it’s headed. Felix gives his take on China, the trade war, Europe, and global economic conditions. When asked where he thinks populism is driving economic policy, he said:

The globalization movie is going backwards in the next 10 to 15 years. Estimates still assume a global expansion of 3 to 4% for next year. I expect less than half. Economic politicians will probably draw wrong conclusions for some time and make wrong decisions. I expect a big disappointment in 2019. Expectations for company profits of plus 10% are thus in a vacuum and must be reduced. This makes markets vulnerable to corrections. The growth of real global liquidity currently stands at 0% with falling trend. In the past, followed by a twelve-month delay, a global recession.

I’m a fan of Felix and find myself agreeing with him quite a bit lately. I think 2019 is going to be a rough year for stocks, globally. With much of the world skirting the line of recession. I shared that NDR Global Recession Probability Indicator recently which has historically indicated recession within the coming months with a 90%+ hit rate. I don’t think this time will be any different.

Like 98’ though, I think the US keeps trucking along, albeit slowly, while the rest of the world flounders. Anyways, here’s the link to the piece and you can use Google translate if you don’t read German.

Lastly, this one isn’t investing related but it’s so good I had to share, and h/t to @movement_cap for it. It’s a post written by Ryan Holiday titled How You Do Anything Is How You Do Everything. Here’s a great excerpt from the piece, and there’s many more.

The great psychologist Viktor Frankl, survivor of three concentration camps, found presumptuousness in the age-old question: “What is the meaning of life?” As though it is someone else’s responsibility to tell us. Instead, he said, the world is asking you that question. And it’s our job to answer with our actions.

Right action — unselfish, dedicated, masterful, creative — that is the answer to that question. That’s one way to find the meaning of life. And how to turn every obstacle into an opportunity.

So good… Here’s the link.

Copper will follow the crests and crashes of the Chinese economy (which accounts for over 50% of global copper demand).

Which is why those who are long should be concerned about the slowing credit growth in the land of dragons.

My money’s on copper breaking down to the downside of its bear flag.

This week I listened to one of Tim Ferriss’ latest podcast with drummer Dave Elitch. This was a surprisingly good listen. Dave is a super well-read and fascinating guy who’s made a life long study of the art of learning and how to master a craft.

There’s tons of applicable knowledge in here for those of you on the Trader’s Journey. The entire episode is worth a listen. Here’s the link.

This week I revisited some chapters from Alan Watts’ book on Taoism, called Tao: The Watercourse Way. I’m a big fan of Watts and have read, I think, all his books. He’s an amazing communicator and an absolute well of knowledge. This book is a great read for those of you interested in the eastern philosophies. It’s an absolute beautiful read.

A Looming Global Recession and a Short Metals Trade

The topic of hedge funds financing the film industry and accounting in Chinese companies has generated the same basic thought in certain trading circles: Such speculative investments are not... Read More 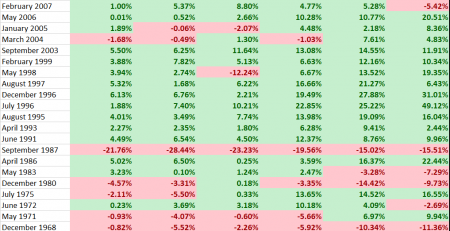 The stock market’s chart “looks terrible”, because it looks like the April high was a false breakout. In reality, it’s perfectly normal for the stock market to make a... Read More 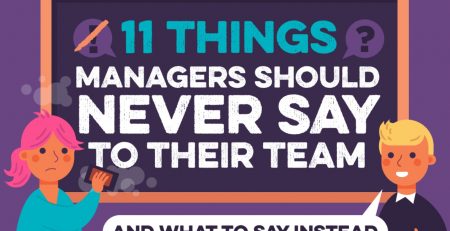