Abbott Laboratories (NYSE:ABT) released its earnings report for the three months ended September 30 this afternoon before the market opened on Wall Street. The company showed earnings of $0.55 on revenue of $5.369 billion. Shares in the health care company closed at $3.71 on Tuesday's market.

In the lead up to the release of the Abbot Laboratories (NYSE:ABT) earnings report analysts studying . . .

Munger: “I read twice, which I seldom do...” “Guns, Germs, and Steel: The Fates of Human Societies” is a transdisciplinary non-fiction book by Jared Diamond, professor of geography and... Read More

Cash is still king. Get The Full Series in PDF Get the entire 10-part series on Charlie Munger in PDF. Save it to your desktop, read it on your tablet, or... Read More

At the end of last week, Bruce Greenwald, the founding director of the Heilbrunn Center for Graham and Dodd Investing at Columbia Business School, sat down for a Fireside... Read More

The 48th Hedge Weekly incorporating Investment Funds Performance Review by the HSBC Alternative Investment Group for the week ended November 29, 2013, presents a wealth of data on how... Read More

Credit Suisse analysts were surprised at the Fed’s objection to Citigroup Inc (NYSE:C)’s plan on qualitative factors despite stressed capital ratios coming in well above the minimums Moshe Orenbuch and... Read More 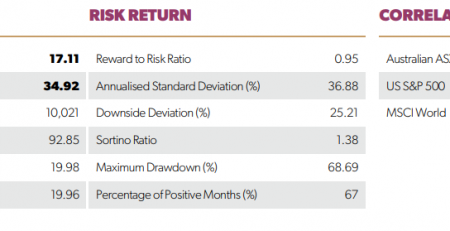 This Hedge Fund Is Up Nearly 100% YTD

Regal Funds Management's Atlantic Absolute Return Fund is on track to report one of its best years ever for 2019. According to a copy of the fund's performance tear sheet for July, a copy... Read More

Back in October last year, Carl Icahn released an open letter to Southwest Gas in which the billionaire activist investor announced that he was a large shareholder in the... Read More