“Our destiny is frequently met in the very paths we take to avoid it.” — Jean de La Fontaine — Fable 16

In order to improve performance, advocates of active management have begun to argue that managers should focus exclusively on their best ideas, holding more concentrated portfolios of securities in which they have the highest confidence. In contrast, we argue that if it becomes popular, such “high conviction” investing is likely to:

These arguments apply even if we accept that security selection skill is prevalent among active managers. Concentration only makes sense if managers have a particular type of skill, and this skill must be intrinsically rare.

Most active managers fail most of the time, at least if we regard their underperformance of passive benchmarks as indicative of failure.1 This fact is so well known and widely demonstrated that even staunch advocates of active management acknowledge it.

What remains in dispute is what active managers should do to improve performance. Some argue that active management fails because it is not active enough. Active managers, it's said, are reluctant to deviate too much from a passive benchmark, knowing that their performance will be compared to it. They hold positions they don’t find especially attractive, simply to ensure they do not fall too far behind their peers. The proposed remedy for such “overdiversified” portfolios is for managers “to invest with high conviction, concentrating capital in the ideas they think are most likely to deliver strong long-term returns.”

This is not a completely new argument; one of the putative remedies for managers embarrassed by their performance during the technology bubble of the late 1990s was to place more emphasis on their “best ideas.” Yet the modern argument has attracted greater attention. In part, this is due to recent empirical evidence that managers deviating significantly from benchmarks had outperformed. In another part, the argument for more aggressive positioning from active managers is a natural response to the general trend of lower dispersion among stocks that has emerged since the financial crisis—a phenomenon that has made even skillful stock-picking activities less rewarding.

Suppose that active portfolios become substantially more concentrated in each manager’s “best ideas.” What might the consequences be?

In a world where all active managers concentrate their portfolios, fund owners face a dilemma. Asset owners have been known to grouse about the quality of active managers’ performance, but we have yet to identify one who has expressed a desire to hold a riskier portfolio. For the asset owner, then, there are two possible ways to manage the increase in portfolio risk.

The first is for asset owners to retain the same number of active managers as before, but reduce the proportion that is actively managed. If overall pension fund volatility is to remain the same, the assets taken from active managers have to be put into some other—putatively less risky—investment. This is not in itself objectionable, but it does force asset owners to reduce the proportion of their allocation that they expect to outperform.

Alternatively, asset owners who wish to retain the proportion of their portfolio that is entrusted to active managers must hire more of them. Instead of using 20 mangers each with 100 stocks, for example, a fund might achieve the same risk profile by using 100 concentrated managers, each holding 20 stocks. As well as the considerable additional time and expense required on the part of the asset owner,8 this produces a major logical inconsistency. In the name of conviction, managers who pick stocks are told to pick fewer stocks. As a consequence, asset owners who pick managers may be required to pick more managers.

Thus, as asset owners cast a wider net to mitigate the now-higher risk of their incumbent managers, the increased concentration of active funds might prove advantageous only to consultants supporting the expanded effort to secure sufficiently diversified active exposures.

Second Consequence: Management Skill May Be Harder To Detect, And Less Likely To Matter

Some managers may be skillful, but none are infallible. A manager who is skillful but not infallible will benefit from having more, rather than fewer, opportunities to display his skill. A useful analogy is to the house in a casino: on any given spin of the roulette wheel, the house has a small likelihood of winning; over thousands of spins, the house’s advantage is overwhelming.

A manager with below-average skill, in this analogy, is also flipping a biased coin, but his coin has less than a 50% chance of coming up heads. Ironically, this manager has a better chance of winning the game the smaller the number of tosses (just as a skilled manager has a better chance the more he tosses). Concentrating portfolios, in other words, makes it more likely that good managers will look bad, more likely that bad managers will look good, and more likely that asset owners’ decisions will be informed by luck rather than skill.

To see how fund turnover might rise, consider a simplified example. Two managers share the same security rankings but construct their portfolios differently. The first manager selects the top-ranked 10% of the universe, and operates the more concentrated fund. The second manager excludes the bottom-ranked 10% of the universe, therefore holding the top-ranked 90%. Suppose that in each quarter there is X% turnover in the securities ranked in the top 10% and the same X% turnover among the worst 10%.

Consider the turnover required for each manager, assuming that their portfolios are equally weighted and that they both rebalance once per quarter:

Otherwise said, a manager is likely to be able to purchase 10,000 shares in each of 100 companies with less market impact than he could buy 1,000,000 shares of a single company.

Thus, higher concentration can deliver a double blow to returns: higher turnover and a higher unit cost of execution.

Fourth Consequence: The Probability Of Active Underperformance May Increase

Imagine a market with five (equally weighted) stocks, whose performance in a given year is shown in Exhibit 3. The market’s return is 18%, driven by the outstanding return on stock E.11

Of course this is a stylized example, which only “worked” because our hypothetical returns were skewed to the right; formally, the average return was greater than the median return. A different return pattern among the individual stocks would have produced a different result at the portfolio level—so the usefulness of our example hinges on an empirical question: to what degree are real-life stock returns skewed to the right?

We might suspect that there is a natural tendency toward a right skew in equities—after all, a stock can only go down by 100%, while it can appreciate by more than that. This intuition is confirmed by Exhibit 4, which plots the distribution of cumulative returns for the constituent stocks of the S&P 500 for the 20 years ended May 2016. The median return was 141%, far less than the average of 377%.

Note that the positive skew in equity returns demonstrated by Exhibit 4 is not simply a long-term phenomenon: in the 25 years between 1991 and 2015, the average S&P 500 stock outperformed the median 21 times.

If stock returns are skewed to the right, portfolios with fewer stocks are more likely to underperform than portfolios with more stocks, because larger portfolios are more likely to include some of the relatively small number of stocks that elevate the average return. Indeed, the logic of skewed returns is that it is more sensible to focus on excluding the least desirable stocks than on picking the most desirable—the opposite of what a concentrated portfolio will do.

The Presumption Of Skill

The four consequences we’ve suggested—higher risk, greater dominance of luck over skill, higher costs, and fewer outperforming funds—are likely and logical outcomes of higher concentration. Notice that all of them apply even for active managers with genuine stock selection skill. Once we consider the scarcity and nature of skill, however, the case against greater concentration becomes even more compelling.

The advocates of portfolio concentration assume that it will improve performance, and there is at least some evidence that funds showing greater conviction in their portfolios, as measured by active share, have obtained better results.14 The evidence is not undisputed,15 and in any event it’s important to note that the relationship between good performance and high active share cannot be causal. If it were, an underperforming manager could sell half the names in his portfolio (chosen at random) and improve his results. Culling the names in this way will surely raise active share, and yet no reasonable observer would argue that it will have anything other than a random effect on performance.

The argument for concentration ultimately relies on two assumptions about manager skill: that skill exists, and that it is particularly acute at the extremes of conviction. For instance, not only must a manager be able to assemble a 100-stock portfolio that will outperform on average, he also must be able to identify which 20 stocks of the initial 100 are worth the risks of concentration.16 For concentration to work, both of these assumptions (that skill exists, and that it is acute at the extremes) must be true simultaneously. There is no evidence that either of them is.

On the contrary, the evidence that manager skill is ephemeral (indeed chimerical) is strong.

Active management is intrinsically difficult. The tendency of most active managers to underperform passive benchmarks has, if anything, grown in recent years, and this has led some observers to advocate that active managers should become more aggressive and operate more concentrated portfolios. A manager who chooses to concentrate can only hope to improve his results if he has a particular type of skill, and this skill must be quite rare. If this were not so, active funds would not be facing a performance challenge in the first place.

For the industry as a whole, higher concentration levels may raise active risk, make skill harder to detect, increase costs, and reduce the number of outperforming funds. Furthermore, it may confuse, rather than clarify, the interaction of asset owners and asset managers. 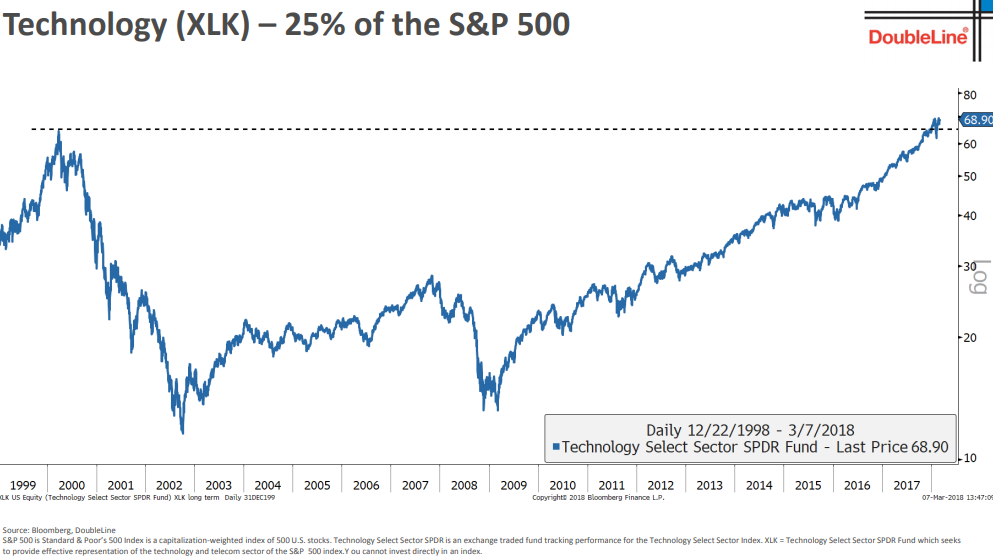 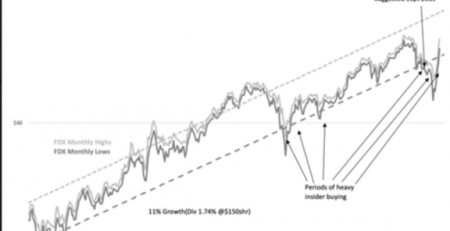 Markets Follow…They Do Not Lead

“Davidson” submits: Q2 2020 hedge fund letters, conferences and more It never gets old when the classic investment assumptions are so thoroughly debunked by reports such as this one on Federal... Read More

The mainstream financial media has been haranguing on the theme of a lagging European economy for some time now. A November 29th report from private banker Deltec International Group... Read More

Bill Nygren: Joe Maddon Made The Cubs Better. Could He Do The Same For Investors?