Shares of Facebook Inc (NASDAQ:FB) game developer Zynga Inc (NASDAQ: ZNGA) and daily deals web site Groupon Inc (NASDAQ: GRPN) have soared following reports of activist hedge fund Jana Partners revealing small stakes in the companies. The hedge fund, run by Barry Rosenstein, said in a 13F filing that it holds slightly above 3 percent of the outstanding shares in both companies. This news obviously had a positive impact on the stocks and lifted them from recent lows.

Better Valuations? Not So Fast

However, investors rushing to buy these stocks may be in for a rude surprise a few months down the line. While involvement of big investors such as Jana Partners indicates the stocks are undervalued, it also indicates the fund’s thinking that the management of such companies is not performing up to the mark and needs to be shaken. Jana Partners is no different and has a history of pressuring companies to amend their business strategies including breaking up companies into smaller entities and campaigning for outright sale to a bigger investor. This should ring warning bells for potential investors as there are no doubts that some of the decisions taken by the management of both companies backfired.

This is particularly true for Groupon Inc (NASDAQ:GRPN) where chief executive Andrew Mason was forced to leave the company after he pretty much drove it into the ground. The stock has been reviving ever since Mason left the company and while the revival was partially aided by a better show in first quarter results, it is still too early to say the company is out of woods. It posted quarterly revenue of $601.4 million, up from $559.3 million in the same period a year ago but there are concerns lingering regarding the company’s switchover to smartphones. Another misstep and the management may find itself entwined in calls for a reshuffle from activists.

The situation with Zynga Inc (NASDAQ:ZNGA) is not very different—it has seen a value erosion of nearly 60 percent over the last year. The company posted sales revenue of $263.6 during the March quarter, down substantially from $321 million in the same quarter in 2011, but investors found solace in the fact that it managed to post profits by cutting on costs. In recent months, the stock also got some tailwind from legalization of online gambling in some U.S. states – a development which bodes well for the company. Although it is a debt free company and the stock is available close to its book value, it does little to reduce the potential downside. The company has been working to penetrate the mobile games market without major success so far and still relies heavily on Facebook Inc (NASDAQ:FB) for generating revenues.

What is Worth Buying?

In sharp contrast to lofty valuations extended to the above mentioned companies, ValueClick Inc (NASDAQ:VCLK) represents a group of online players which are profitable, have vastly scalable business models and yet trade at attractive prices. This digital marketing services company beat street expectations during first quarter results but the stock tanked on conservative guidance. After the results, its price came down from $30 to $27, valuing the company at earnings multiple of 22. This falls to an attractive 12.9 on a forward basis which looks even better when seen with a debt equity ratio of 0.24. It is also heartening to see the company increasing its share repurchase program by $61 million. This is an indication that the company believes its stock price is undervalued.

On a whole, it may not be time to rush to buy these stocks just because activists have gone long on them. This is especially true for Zynga Inc (NASDAQ:ZNGA) and Groupon Inc (NASDAQ:GRPN) as the downside has become quite big after recent recoveries.

We’ve just been re-reading Michael Mauboussin’s book – The Success Equation. There’s a great passage in the book with discusses investor psychology, and some of the findings of Daniel... Read More

A central focus of the Trump administration has been to reduce the U.S. trade deficit and to force our trading partners – mostly China – to eliminate what he... Read More 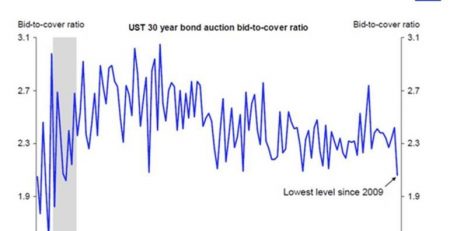 Alex here with this week’s Macro Musings. Q3 hedge fund letters, conference, scoops etc I hope everybody here in the US had a happy Thanksgiving and that you were able to... Read More