We could ask Irving Kahn, Charlie Munger, or Edwin Schloss  – but now we have a study (although those three would probably be exceptions, regardless)

How Does Aging Affect Financial Decision Making? by Keith Jacks Gamble, Patricia A. Boyle, Lei Yu, and David A. Bennett

With the shift from defined benefit pensions to 401(k)plans, the welfare of retirees increasingly depends on their ability to make sound financial decisions. This situation has raised concerns that the cognitive decline that comes with age could compromise the elderly’s decision-making ability and thereby their financial well-being. This brief, based on a recent study,1 addresses this issue using a unique dataset that follows a group of elderly individuals over time.

The discussion proceeds as follows. The first section reviews the literature. The second section describes the dataset and the sample used in the study. The third section estimates the effect of declining cognition on three aspects of financial decision making: financial literacy, confidence in the individuals’ ability to make financial decisions, and responsibility for managing the individuals’ finances. The final section concludes that declining cognition has a noticeable adverse effect on financial literacy, but not on individuals’ confidence in managing their finances. Perhaps not surprisingly then, more than half of those experiencing a significant cognitive decline retain primary responsibility for managing their finances.

These studies base their conclusions on a comparison of financial literacy and decision-making ability of individuals of different ages. This approach runs the risk, however, of confounding the effects of cognitive decline with other factors, especially cohort effects. For example, the early-life economic conditions of different cohorts have been shown to affect risk-taking decades later,5 and differences in risk-taking affect financial decision making. The most effective way to overcome cohort effects is to follow a panel of individuals over time. The study summarized in this brief adopts this approach to analyze how declining cognition affects the financial decision making of aging individuals.

The data used in the analysis come from the Rush Memory and Aging Project (MAP), an ongoing study of aging individuals in the Chicago metropolitan area.6 Since 1997, when MAP was initiated, the project has conducted yearly interviews and detailed clinical evaluations of the same panel of individuals. The annual MAP evaluation includes 19 tests to assess cognition. Scores on each test are standardized based on the mean and standard deviation of the initial scores of MAP participants in 1997; the mean score for this group is set at 0 with a one-unit change equal to the standard deviation. The average of each participant’s scores on the 19 tests provides a measure of overall cognition in a given year. Changes in this overall score over time provide a measure of cognitive change as each participant and the whole group ages.

Since 2010, the annual evaluation has included a module that gathers information on three aspects of financial decision making: financial literacy, confidence, and responsibility for making financial decisions. This information can be used to identify the effect of cognitive decline on the decision-making process: 1) whether declining cognition reduces financial literacy, and thereby the ability to make sound decisions; and 2) if so, whether those with declining cognition lose confidence in their ability to manage their money; and 3) whether they are more likely to get help in managing their finances.

The study excludes individuals who were diagnosed with dementia at the time of their first decision-making assessment. It also excludes participants who did not complete at least two assessments, needed to measure change over time, over the two or three years for which data are available for the particular individual. Of the 575 such participants without dementia who completed at least two assessments, the cognition scores of about 66 percent declined.

The Paulson Merger Arbitrage fund, managed by John Paulson of Paulson & Company, has proven itself good at one factor: losing investor money. In fact, its consistency in this... Read More

There is a long history of financial repression in the United States, observed Bill Gross, a bond trader at PIMCO, profited greatly from the largest secular downtrend in interest... Read More

BoJ - No change was announced last night: The monetary base target was kept at ¥60-70trn/year, with the pace of purchase also unanimously maintained for each asset class. The... Read More 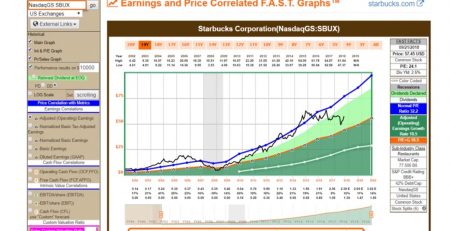