For Amazon.com, Inc. (NASDAQ:AMZN) shoppers frustrated by missed deliveries, they will now be able to pick up their online purchases at Staples, Inc. (NASDAQ:SPLS).

On Monday, the office supply retailer announced its plans to install “Amazon Lockers” in their stores. Amazon.com, Inc. (NASDAQ:AMZN) has previously placed the units in grocery, convenience, and drug stores–some of which are venues open 24 hours a day, such as a 7-Eleven, Rite Aid Corporation (NYSE:RAD), Safeway Inc. (NYSE:SWY), and Walgreen Company (NYSE:WAG)’s.

By placing the lockers in the retailer, customers can avoid waiting for their packages. Through the service, Amazon sends a pickup code via email to customers. They enter it on a locker’s touchscreen, which contains their packagaes. There is a three-day open window for shoppers to obtain their Amazon purchase.

For Amazon.com, Inc. (NASDAQ:AMZN), it pays a small fee to the stores’ owners that have the lockers.

Neither company has provided details on the venture, but they could both face challenges from it, including the selling of identical printers at different price points and availability.

Amazon has the latter printer retailing for the identical price, but Hewlett-Packard’s Officejet Pro 8600 e-All-in-One Printer is not offered by the site. Third-party sellers don’t make up for this exclusion, as they charge customers more and delivery takes longer.

The Hewlett-Packard Company (NYSE:HPQ) LaserJet Color MFP M175nw Multifunction Printer is offered by Amazon, but it is $20 to $50 lower than Staples’ selling price of $349.99.

From its various prices and products, Staples could gain Amazon customers, which is likely one of their goals for the deal. It could be risky, but the retailer’s market share could grow for the printing products, as compared to Amazon. There’s also the potential for customers to use Amazon.com, Inc. (NASDAQ:AMZN) more for lower prices, while giving Staples’ customers increased access to Amazon products.

Who is the winner from this? At the end of the day, Staples will at least receive a small fee for Amazon lockers placed in their stores.

What does Amazon.com, Inc. (NASDAQ:AMZN) gain from this deal? As previously noted, there’s the 24-hour stores that will allow consumers to pick up packages at their convenience. In a store, such as 7-Eleven, it’s not in competition with Amazon, as its customers base is different and diverse.

And, one takeaway for Amazon.com, Inc. (NASDAQ:AMZN), is it will make its customers happy. Which they try very hard to do so.

Slides by Matthias Riechert and Dhiren Joshi from the EUROPEAN Investing Summit 2016, titled, "In search of the next big elephant - elements of great serial acquirer." Overview Get The Timeless... Read More

Paul Singer's NML Capital wants Citibank to provide evidence it was threatened by Argentina, as it maintains. Citigroup could lose its business in Argentina Citibank’s parent company, Citigroup Inc (NYSE:C), has... Read More

Warren Buffett is considered to be the greatest investor of all time. And he is one of the most talked about investors, with financial publications always offering news and... Read More

Exclusive Interview with Jake Rosser by The Manual Of Ideas H/T ValueConference We recently had the pleasure of interviewing Jake Rosser, managing partner of Coho Capital Management. Jake founded Coho in... Read More 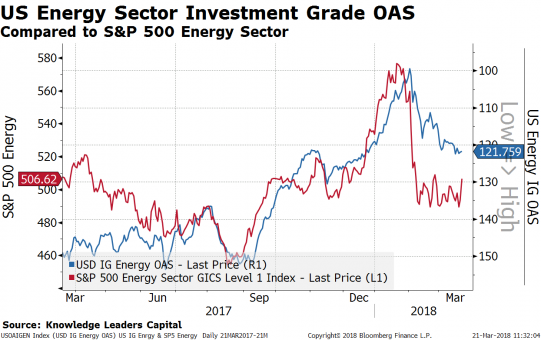 As of this writing, WTI crude oil is back above $65/barrel, closing in on the recent $66.33 high on January 26. While oil and US equities have been in... Read More