Amazon.com, Inc. (NASDAQ:AMZN) announced Tuesday that it has decided to start taxing the state's 6.25 percent sales tax in Massachusetts beginning next November, as part of an agreement with the state that will generate tens of millions of dollars in state revenue .

This move is going to curb what was previously available to consumers as a benefit in online shopping – the tax-free shopping on Amazon.com, Inc. (NASDAQ:AMZN).

The agreement is an outcome of a six months long term negotiation between the state officials and the online retail giant, according to which, online sellers are supposed to collect sales tax, provided they are physically operating in the state. For retailers with no physical presence in the state, the responsibility falls on consumers to later report their purchases to the state and pay the taxes due on them.

Despite consumer woes over the new deal, and sellers' outcry over a 6.25 lower price from the outset of any online sale, this deal is all set to take effect in November 2013.

“We are thankful Amazon.com, Inc. (NASDAQ:AMZN) was willing to come to the table and we will continue our conversations with them about creating jobs here,” state official Deval Patrick said in a statement. “This agreement is a win for all sides, and I am pleased it promises to generate millions in long-term revenue for the commonwealth.”

It has also been reported that this deal is a resultant of an unexpectedly weaker tax revenue with, $162 million short of estimates and $48 million below the October 2011 total.

Supporting the state's attempt to combat tax evasion, Amazon.com, Inc. (NASDAQ:AMZN) called upon state officials to enforce a national Internet sales-tax that would compel online retailers and other remote sellers to collect and deposit sales tax to states.

Here, it is notable that Amazon's rivals eBay Inc (NASDAQ:EBAY) and Overstock.com, Inc. (NASDAQ:OSTK) have opposed the idea of entering into a similar agreement with states to collect online sales tax. This agreement, when on one hand is going to benefit government directly, could however turn out to be a cause of less competition in the online retail market.

State officials are engaged in talks with Amazon.com, Inc. (NASDAQ:AMZN) about opening a distribution center in Massachusetts, which could generate more jobs.

“We look forward to creating hundreds of high tech jobs in Massachusetts and continuing to work with Governor Patrick, state leaders, retailers, and Congress to pass federal legislation permitting interstate sales tax collection. Federal legislation is the only way to level the playing field for all sellers, the only way for states to obtain more than a fraction of the sales tax revenue that is already owed, and the only way to fully protect states’ rights.”

Bronte Capital Amalthea Fund Investors' Letter for November 2015 The returns for this month were uneventful (down 1.3%), about 1% better than global markets when measured in Australian dollars. We don’t... Read More

Charles Munger: A Parody About The Great Recession

One of the best articles ever written about the ‘Great Recession’ is Charles Munger’s – Parody Describing The Contributions of Wantmore, Tweakmore, Totalscum, Countwrong, and Obvilious To The Tragic... Read More 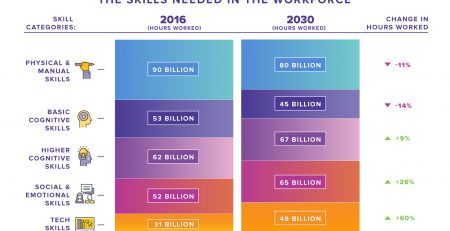