An Estimate Of The Future – ValueWalk Premium

An Estimate Of The Future

In some ways, the Federal Reserve is the whipping boy of Congress. Congress can’t decide on anything significant, so the Fed fills in the blanks, and keeps things moving, even if it creates humongous asset bubbles in the process.

That is what we are facing today. Overvalued stocks, housing, corporate bonds, private equity, and more. Inflation in goods and services may be transitory, but asset inflation is a constant. Whether by QE or rate policy, the Fed tries to end the possibility of recessions by making financing cheap, and blowing asset bubbles in the process.

What of the future? The Fed will be dragged kicking and screaming to tightening. It will follow the stupid Alan Greenspan highway of 25 basis points per meeting. It will be all too predictable, which has little to no impact until it is too late, creating pro-cyclical economic policy, something the Fed specializes in.

The Fed will be surprised (again) to see that the long end of the yield curve does not respond to their efforts. Are they stupid? Yes. the yield curve hasn’t worked in the classical way for over 20 years. In an overindebted economy, long rates are sluggish. Can the Fed abandon the dead orthodoxy of neoclassical economics to embrace the reality of overindebted economics?

I doubt it. I asked two Fed governors three years ago when the Fed would abandon the failed Neoclassical economics. They looked like dead sheep for a moment, before they gave some lame defenses of the theory that can’t account for financial markets or marketing.

What I expect is that the Fed will tighten the Fed funds rate to 1.5% or so, the long end sinking, and then something blows up, and they return to the prior policy of 0% rates, and QE… failed policies that inflate asset bubbles and increase inequality.

We’re in a “doom loop” where there is no way to purge this system of its errors. We would be better off under a gold standard, with stricter regulation of banks. Would we have a recession? Yes, but eventually the economy would grow again organically, without the pollution of stimulus.

That said, the Federal Reserve is not the main problem. The main problem is American culture that will not tolerate severe recessions. We need recessions to liquidate bad debts that hinder the economy from growing rapidly in the future.

We need to accept the boom-bust cycle, and not look to the government or central bank to moderate matters. Bank regulation is another matter, as loose regulation of banks led to extreme booms and busts, particularly between 1870-1913, and 2004-2008.

The Fed will tighten and fail, returning us to the same morass that we are in now. Financial repression via the Fed will continue to create inequality with no smoking gun. Stupid people will finger other causes, when the real cause is the Federal Reserve. We need to eliminate the Federal Reserve, and cause Congress and the Executive Branch to take responsibility for their failed policies.

PS — there could be a currency panic, but I doubt it. Too many countries want to export to the US.

Italy’s Threat To The Global Economy 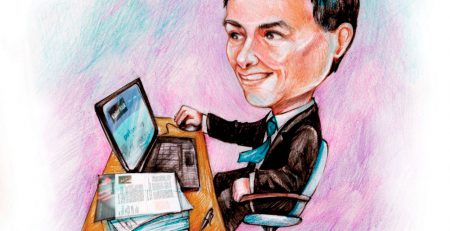 David Einhorn: Value Investing Will Continue To Be A Very Successful Strategy

During his recent interview on The End Game Podcast, David Einhorn explains why value investing will continue to be a very successful strategy. Here’s an excerpt from the interview: Q3 2022... Read More

Cleared SWAPs - Where is product innovation in financial services going to come from? A panel of bank and independent hedge fund and market maker experts agree that cleared... Read More

In William Thorndike’s book – The Outsiders – there’s a great chapter dedicated to the Cable Cowboy, John Malone. From the 1970s to the 1990s, Malone built up cable... Read More

The banking industry as a whole is facing a severe downturn in revenue and profit. But there are still myriad opportunities for talented financial professionals in the hedge fund... Read More

Carl Icahn Increases His Stake In Take-Two Interactive To 10.68%

Activist Investor Carl Icahn has slightly increased his stake in video gaming company, Take-Two Interactive Software, Inc. (NASDAQ:TTWO), from 10% recently covered in our articles, to 10.68% according to Take... Read More