After being the target of activist hedge fund manager’s Carl Icahn’s wrath, Marc Andreessen went after legendary investor Warren Buffett, referring to the “Oracle of Omaha” as an “old white man” who doesn’t understand technology.

Buffett calls Bitcoin a "mirage"
At issue are Buffett’s comments regarding Bitcoin, of which Andreessen is a . . .

Jim Grant: As “Dadbods” Get Chic, Under Armour Shares Could Go Out Of Style 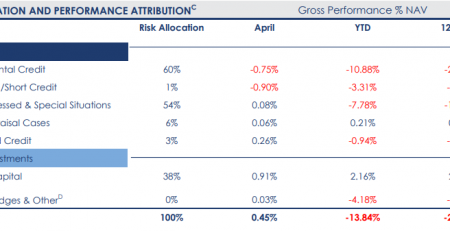 Looking Through the Speculation with NFJ’s John Mowrey

John Mowrey, CIO at NFJ Investment Group and discusses his investment approach and why the current environment is speculative. Q1 2021 hedge fund letters, conferences and more The following is a... Read More

Central Banks Should Stop Paying Interest on Reserves In 2008, the Federal Reserve began paying interest on reserve balances held on deposit at the Fed. It took more than seven... Read More

As Charles “Chase” Coleman looks back on 2017, with his hedge fund Tiger Global up 50% on long exposure but down 19% on the shorts, he has no regrets,... Read More

Citigroup Inc. (NYSE:C) anticipates a turnaround at Hewlett-Packard Company (NYSE:HPQ) and hence maintains its Buy rating with a target price of $32. Jim Suva and the team at Citi Research feel despite... Read More